Natural Nootropics—Because We Could All Use a Boost! | New Roots Herbal | Natural Health Products

Natural Nootropics—Because We Could All Use a Boost!

When it comes to energy levels mood, memory and concentration, we all seem to have
good days and bad days. But when the bad days seem to constantly outnumber the
good ones, it might just be a sign that your body is calling out for help.

Nootropics are a class of treatments intended to support or enhance cognitive functions
including memory, focus, concentration, and learning. In the naturopathic world, these
substances are often used adjunctively in the treatment of depression, Parkinson’s
disease, Alzheimer’s disease, and ADHD. Students find them of particular benefit during
stressful exam periods when exhaustion and burnout start creeping in. Overworked
employees and individuals with high stress benefit from the brain boost when working late
nights or travelling for long periods of time. And of course, our aging population often sees
the greatest benefit both as a form of treatment and prevention of chronic disease.

Many of these nootropic agents also work on a physical level, supporting blood flow and
oxygen to the muscles and encouraging efficient energy production within each cell. The
best part about these brain-enhancing compounds is that you probably take at least one
every day without even knowing! They are much more common than you think and you
may already have some of them in your medicine cabinet. 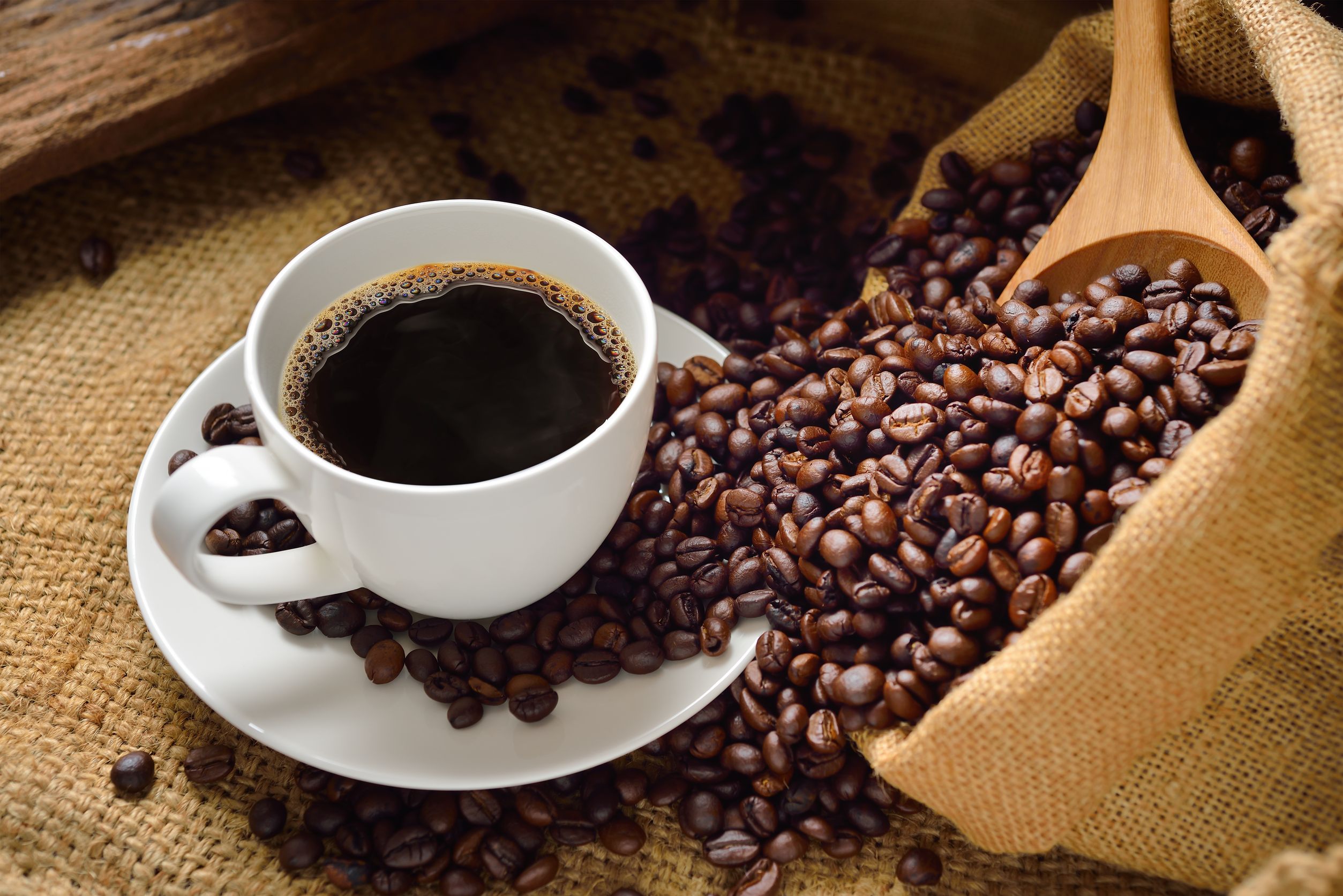 We know it to be a   powerful stimulant
that reaches the brain
within 40 minutes of   consumption and
helps to reduce
fatigue. However,   caffeine also has its   benefits in the realm
of physical fitness,   supporting endurance   athletes and enhancing   athletic performance.   Some evidence suggests that caffeine may reduce the risk of Parkinson’s disease and may be beneficial in lessening depression and stress in certain individuals (1). But don’t run to Starbucks just yet! Caffeine is found in many more beverages and foods than just coffee, and some alternatives can include yerba mate, certain soft drinks, black tea and dark chocolate. Remember that caffeine is still a drug and should be used within a reasonable limit to avoid irritability, anxiety, insomnia and dehydration.

This might be one you take already, and if you don’t you probably have it somewhere
in your kitchen. Omega-3 fatty acids are found in many types of seafood, including
salmon, herring and mackerel, but are present in smaller amounts in walnuts,
soybeans and flaxseeds. To be more specific, EPA (ecosapentaenoic acid) and DHA
(docosahexaenoic acid) are the important Omega-3’s to look out for as they have been
shown to host a wide array of health benefits. EPA may delay cognitive decline in the
elderly and decrease whole body inflammation (2). DHA is important in brain and spinal
cord development, making it an essential part of a pediatric supplement regime and a
crucial part of preventing neurologic disease later in life (3). Both important ingredients
have evidence to support increased communication between cells and improvements in
cellular function. Whether you choose to take it in liquid or capsules, this is definitely
one nootropic not to miss! 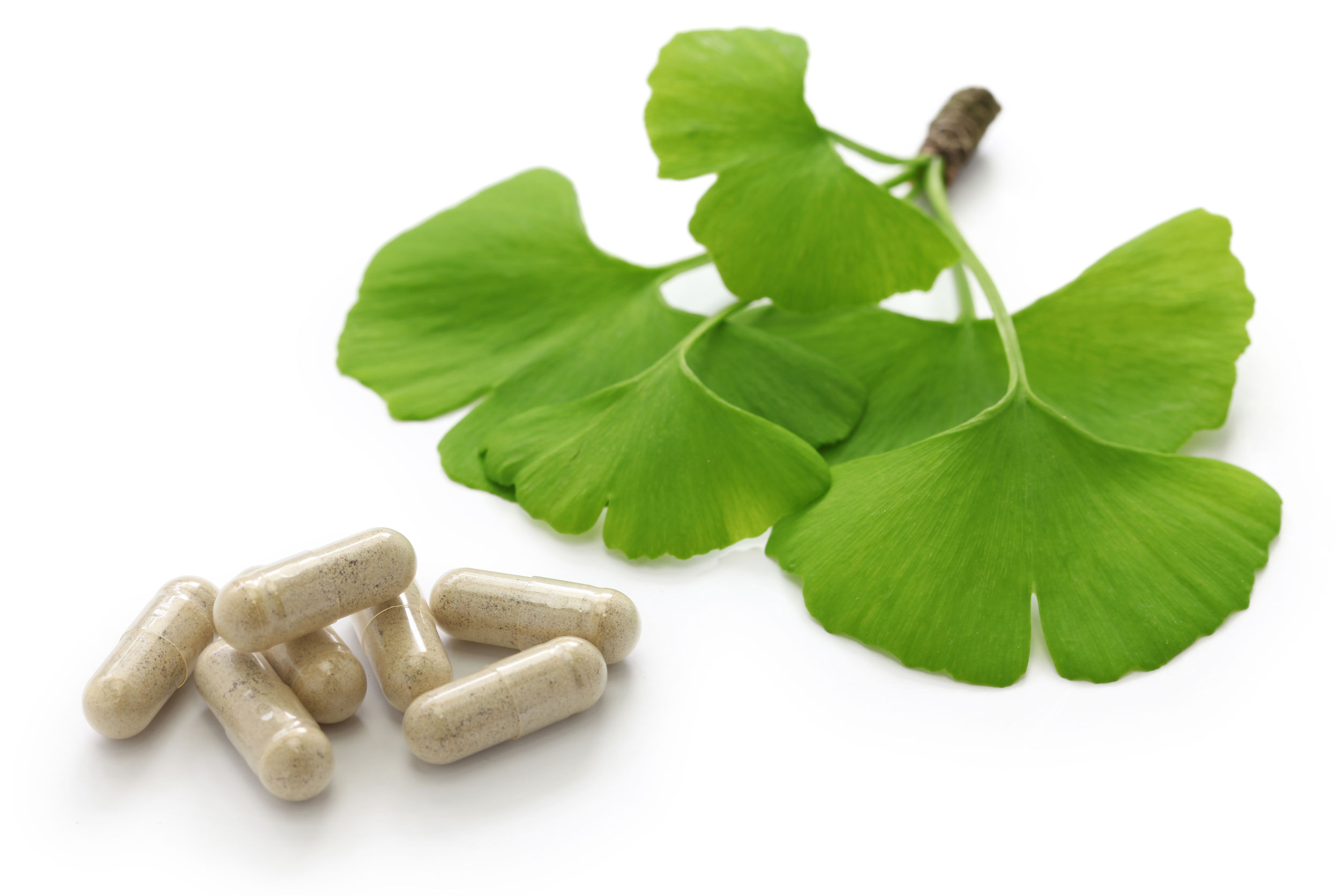 It is an ancient herb in Chinese medicine and today has become one
of the most commonly
used natural remedies
for memory and brain health. Ginkgo works
by dilating blood
vessels, which
increases blood flow
not only to the brain,
but also to all the
organs and muscles
of the body (1). This
makes Ginkgo helpful in improving short term memory and cognition while balancing
mood and emotional function (4). For the best effects, use Ginkgo in combination with
other nootropics and give it at least 4-6 weeks to take effect.

This well-known antioxidant can help increase the energy in the body by supporting
the mitochondria, the powerhouses of each cell. Acetyl-l-carnitine is made naturally
by the body but is often supplemented in higher doses for those looking to improve
memory and attention. It has been used in the management of early-onset Alzheimer’s
and dementia because of its documented neurological improvements in the clinical
setting (5). Research has also demonstrated a protective effect on nerves at the cellular
level and an ability to decrease cell damage from nerve or muscle cell toxicity. This is
especially important in the management of Parkinson’s, as some evidence suggests
neurotoxicity plays a role in the progression of the disease (6).

Similar to Acetyl-L-Carnitine, ALA has strong antioxidant actions and improves the
efficiency of energy production within the mitochondria. In fact, ALA works very well
with other nootropic agents and is often given together with Acetyl-L-Carnitine to
improve cognitive function and overall energy (1). When combined with Omega-3 fatty
acids, ALA helped to slow cognitive and functional decline in individuals with
Alzheimer’s disease (7), but as with everything, the dose and quality of the
supplements plays a large role in its effectiveness. You can get ALA from foods such
as spinach, broccoli, yams, potatoes and tomatoes, however the amounts are too low
to see significant benefits, so speak with your trusted healthcare professional to make
sure you are getting the most out of your ALA. 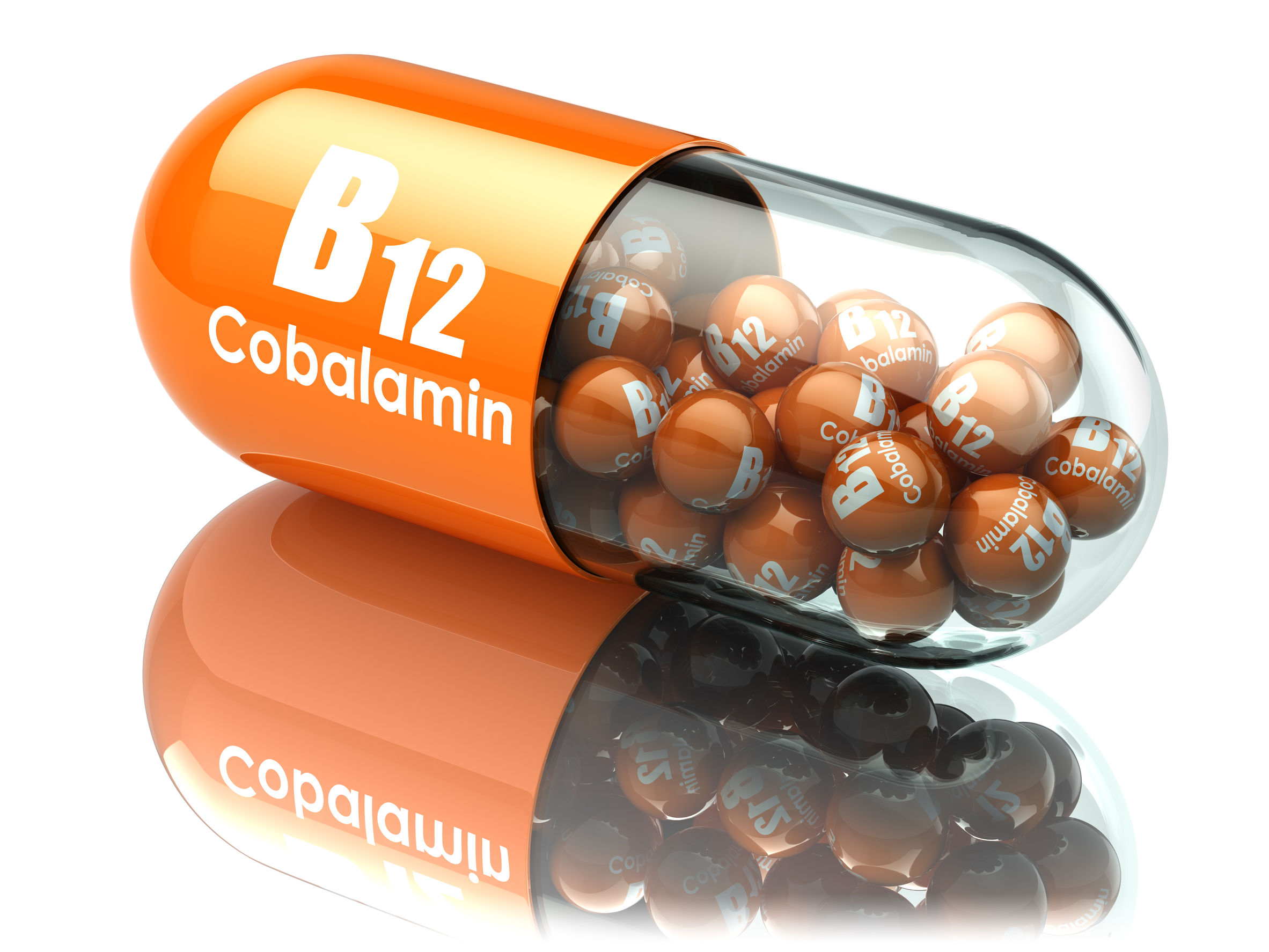 This may be the most   important vitamin for   the nervous system,   and is unfortunately
the most difficult to   absorb in the average     Canadian digestive   tract. Vitamin B12 can   be found in meats and   seafood, but is   otherwise made by   healthy bacteria in the   body. It serves as a key ingredient in the production of neurotransmitters (the chemical messengers of the brain), in the formation of myelin sheath (the lining which protects every nerve in the body), and in the development of red blood cells (which carry oxygen to every tissue in the body) (1). Essentially, Vitamin B12 supports rapid nerve signaling in the brain and helps to increase the amount of oxygen to the tissues. It also plays a large role in mood balance and cholesterol metabolism, two health concerns which often overlook this incredible vitamin. Even with a balanced diet of B12-rich foods, inadequate amounts of stomach acid or excessive digestive inflammation can affect its absorption. Additionally, anyone being treated for acid reflux with a Proton Pump Inhibitor (PPI) or diabetes with Metformin are at an increased risk of vitamin B12 deficiency. Signs of deficiency include fatigue, shortness of breath, numbness and tingling, brain fog, mental confusion and dementia, especially in the elderly (8).

This Ayurvedic herb is another ancient medicine that has been used for centuries to
enhance learning and cognitive function. There are two important compounds responsible
for its effectiveness, brahmine and herpestine, and both have demonstrated particular
effectiveness in elderly populations suffering from amnesia and Alzheimer’s disease (1).
In parts of India, Bacopa is taken as part of a regular routine in tea or oil form and continues
to provide benefits to the geriatric population. Caution should be used when taking this herb
long term, as blood lipid levels can rise, increasing the risk of cardiovascular disease. A
study of healthy human subjects taking Bacopa showed improvements in visual information
processing, learning and memory compared to those who did not take anything. Outside of
its nootropic effects, Bacopa may help reduce inflammation, support the heart muscle and
decrease anxiety. 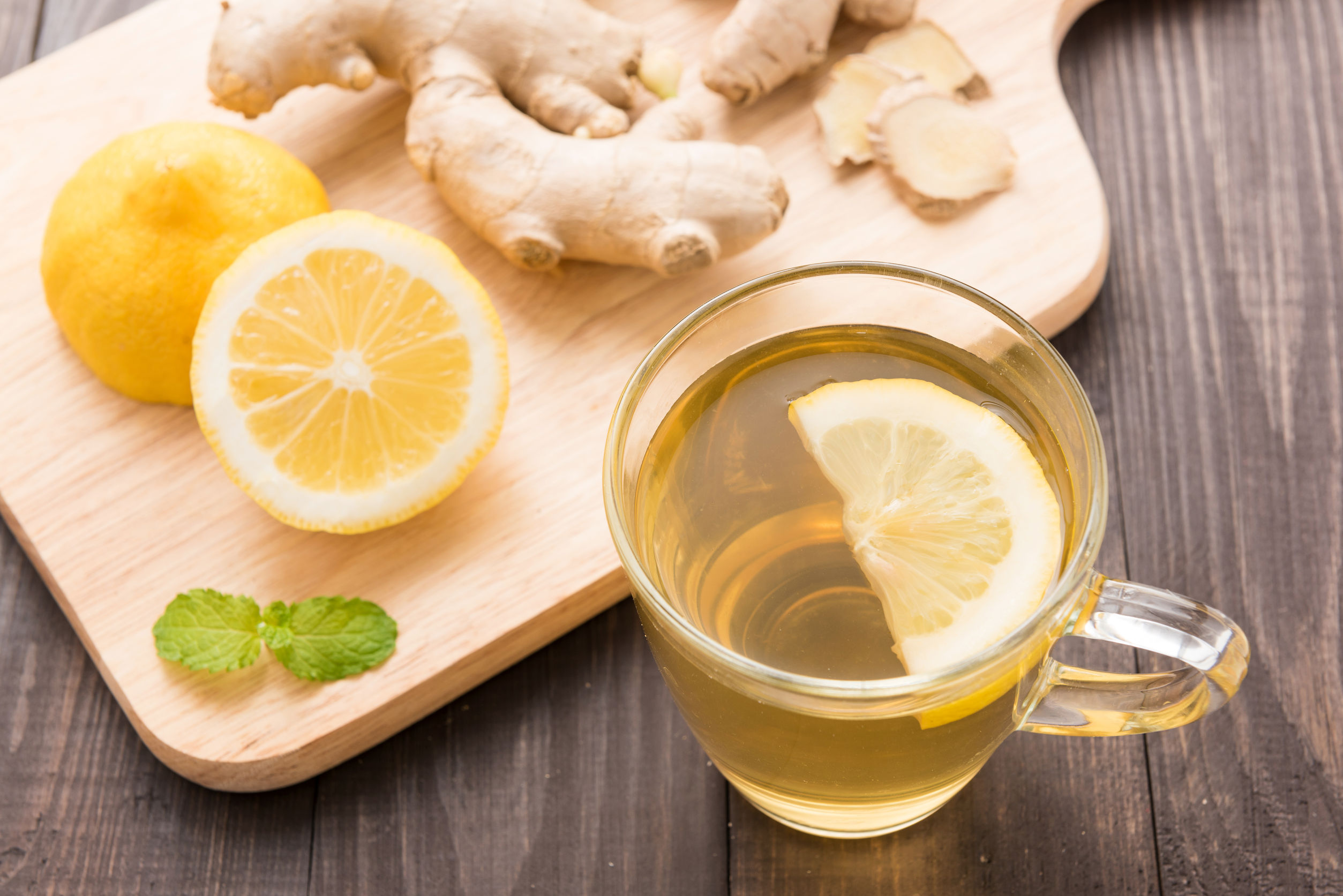 Also known in its herbal form as Zingiber officinalis, Ginger is a spice which a wide
array of benefits. Many people use the dried powder or fresh root in cooking, but this is
often not enough to
see its true effects.
Much of the research
that exists for ginger and memory focuses on the geriatric population greater than 80 years old, however a study done on middle-age women
also shows significant improvement in working memory when taken consistently for 2
months (9). Ginger has a very powerful antioxidant action, which makes it a great herb
for most health conditions, including cardiovascular disease and those at risk of a stroke.
All nootropic effects aside, Ginger is an accessible and versatile form of medicine for
immune support, female health concerns, and digestive upset. Grab a glass of ginger tea,
throw in some lemon and honey and you’ve got yourself a brain enhancing brew!

Whether you’re considering brain enhancers for yourself or someone else, please
always consult with your health care professional before starting your own regime.
Not every nootropic works for everyone and they often work best in specific
combinations that are determined based on your individual needs. For those suffering
from neurological diseases, the doses of these nootropics and combinations with
other important vitamin cofactors will be a key part of a successful treatment plan.
Naturopathic doctors are highly trained in determining the appropriate use of herbs
and nutrients, while taking into account interactions with other medications. A solid
treatment plan includes an assessment of mental-emotional, digestive and immune
health for optimal effectiveness and these are all things that should be considered
before beginning any new supplement protocol. 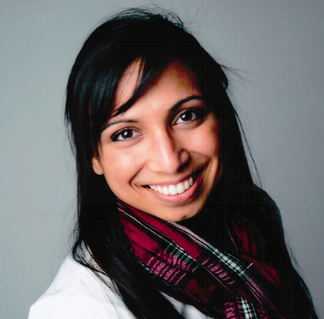 She strives to share her knowledge and experience with patients
to help them discover more about their health and find relief
from their ailments.

Each plant-sourced capsule delivers the therapeutic benefits of 475 mg of pure ginger.

Our vitamin B12 is the methylcobalamin form; this is a more bioavailable form of B12, with added cofactors to maximize absorption.

R(+)–alpha-Lipoic acid is the natural form of ALA that plays a pivotal role in the extension of the lifespan of the body’s key antioxidants.

ʟ-⁠Carnitine is an amino acid required for the transport of fatty acids into the mitochondria for the burning of fat and generation of metabolic energy.

New Roots Herbal’s Merry Mind Omega 3 delivers a potency-validated, therapeutic dose of 1000 mg of EPA per softgel and is recommended for a broad scope of health benefits with a particular emphasis...