The Impact of Cerebral Concussions

“I Played the Best Game of My Life, but Now I Can’t Remember It...”

Underdiagnosed, concussions represent a real public health problem that Dave Ellenberg, a neuropsychologist specializing in concussions, describes as a “silent epidemic.” It is estimated that between 1.6 and 3.8 million people suffer annually from concussions in the United States alone—300,000 of which are due to sports.

A concussion is a type of brain injury often caused by a blow to the head, neck, face, or body. During impact, the brain moves within the skull, deforming and breaking nerve fibres that are pushed against the inner skull wall. This disturbs chemical and electrical activity in the brain over several days or even weeks. Not only concussions but also repetitive, smaller traumas called subconcussions (one can suffer from a concussion without losing consciousness) can cause serious brain damage and lead to changes in how we think and feel.

The clinical picture of a person who has suffered from a concussion manifests itself and evolves differently according to age, sex, number of prior concussions, time since last hit, and possibly genetic predisposition.

Table 1: Percentage of Athletes Indicating Signs and Symptoms Associated with a Concussion

Difficulty with concentration or articulation, inappropriate emotions, empty staring, and impaired vision can last several days after a hit. Approximately one in five people will experience their first symptoms during the 24 hours that follow a blow to the head. During this period, brain dysfunction is prolonged because neurophysiological recovery time takes longer than clinical recovery. The long-term risks are very serious: chronic traumatic encephalopathy (degenerative brain disease), memory loss, impaired concentration, nervous breakdowns, judgment problems, or dementia are among the possible consequences. In addition, the vulnerability of a person who has suffered from a concussion is compounded: they become five times more likely to develop a new one!

In 2017, the scientific community established the Berlin Consensus Statement, which fortunately defined a framework for concussions. But it remains only a declaration of intent by various specialists—more needs to be done! For example, even though it is estimated that 80% of concussions go undiagnosed, there are no clear criteria to guide their clinical evaluation. The statement recommends rest until the symptoms go away, yet the statement also leaves the door open for sufferers to resume their normal activities so long as symptoms do not worsen - this is disputed by various clinicians. The statement also lacks an explicit guide, process, and clear timetable, and is missing any mention of children’s or academic level sports. 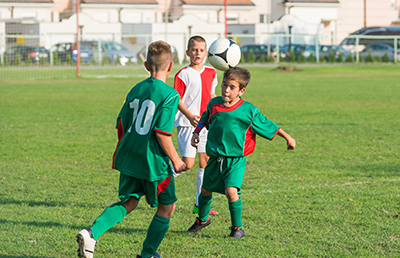 Aside from accidents, sports remain the leading cause of concussions, and this unfortunately does not only include professionals but children, too. In the United States, half of sports-related concussions among youths happen to those between 12 and 15 years old. Football is the sport that poses the biggest risk, followed by hockey, soccer, and basketball, not to mention combat sports. It is estimated that contact sport athletes have a 20 percent risk per season of suffering from a concussion.

In addition, studies indicate that one out of two athletes hide their symptoms to avoid being removed from the game, and this exposes them to second-impact syndrome—extremely dangerous, as it can lead to irreversible disability and even death. In the world of spectator sports, the danger of concussions seems to keep being underestimated. Is it possible that more importance being placed on the “spectacle” and the “economics” of sports, rather than on athletes’ health? It is difficult for sports federations to determine the actual number of concussions suffered by amateur athletes. Also, there is a lack of application of rigorous protocols for detection, management, as well as regulations to safely return to the game.

Among other references, Parachute Canada provides practical guidelines for proper sporting behaviour to minimize the risk of concussions. Organised sports associations and medical institutions also have concussion management protocols available online. Anyone coaching or participating in risky sports should be well versed in these.

What to Do in the Event of a Concussion

First aid protocol states: stop the activity or sport, stay with the injured person, and call a health-care professional. If possible, apply the detection protocol and concussion management and in case of convulsion, loss of consciousness, respiratory disorders, apathy, or numbness, call for emergency responders. In all cases, assessment and medical monitoring are essential. 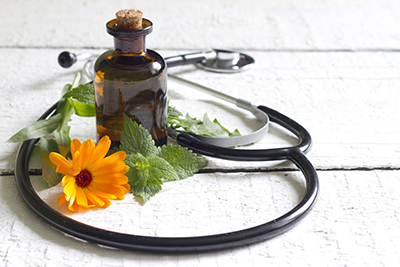 The first answer, considered the most effective, is complete rest: Do not return to high-risk activities or sports until all symptoms have gone away and a physician has given authorization. The rest must be physical and mental by eliminating as many stressors as possible (screens, reading, shows, parties, loud music, drugs, alcohol, junk food, etc.). According to the Concussions Institute, monitoring persistent symptoms should be done within 10 days for any person. Few data exist on pharmacological treatments, and interventions are conducted mainly in psychology and surgery (cervical, vestibular). For young people, the return to school will be very gradual and under the supervision of medical staff and teachers. Athletes should consider rehabilitation through careful, gradual, and supervised exercise (physical and/or mental).

Concussions have many similarities with neurodegenerative diseases like chronic inflammation, increased oxidative stress, and reduced capacity to generate ATP in neurons. Treating these three key components of concussion is crucial for treatment. To do this, nutrition and natural health products can bring significant benefits.

Interesting facts: Medical protocols for concussion or brain injury call for eliminating sugar from one’s diet within 24–48 hours after the incident, because hyperglycemia exacerbates the complications of cerebral ischemia, concussions, and brain damage. Therefore, insulin is administered to tightly control glucose in such contexts. Under the conditions of degradation of glycolytic metabolism after brain injury, glucose becomes a less favourable energy substrate. Ketones are the only natural substrate alternative known to glucose for brain energy metabolism. Although it has been demonstrated that the brain can metabolize other fuels (such as pyruvate, lactate, and acetyl-ʟ‑carnitine), ketones are the only endogenous fuel that can significantly contribute to brain metabolism. It is therefore understood that the ketogenic diet—comprised of 70% fat, 20% protein, and 10% sugar—may be suitable in cases of concussion. With this diet, the brain gradually stops consuming glucose as an energy source and begins to depend on ketones, or by‑products of fat metabolism. The important impacts of this scheme are reduced oxidative stress, anti-inflammatory protection for the brain, and increased energy.

Benefits of the Ketogenic Diet in Animal Studies

Finally, for concussions, the ketogenic diet is a must—at least until symptoms disappear. MCTs (medium-chain triglycerides) are an ideal way to ensure the increased fat intake required as they are easily metabolised for energy production. MCTs may have a mild laxative effect if the initial dose is too high, so start slowly and gradually increase the dosage (MCT dose: 15–90 ml per day = 1–6 tablespoons).

Other Beneficial Nutraceuticals for Concussions

ALC is a fat carrier at the cellular level, which is particularly useful for ketogenic diets. ALC helps maintain optimum energy production in the brain, as it passes the blood-brain barrier and affects the entry of fatty acids into the mitochondrial matrix, where they are used as substrates for energy production. The acetylated form of ʟ‑carnitine is preferred, due to ʟ‑carnitine’s very low bioavailability (ALC dose: 750 mg three times per day starting at two times daily).

A study focused on United States soldiers returning from Iraq with mild traumatic brain injury caused by an explosion were administered 1,000–1,800 mg of NAC per day for seven days. NAC supplementation relieved 86% of the soldiers from their symptoms, versus just 42% for the placebo group. NAC confers neuroprotection and improves bioenergetic and behavioural results following a concussion. 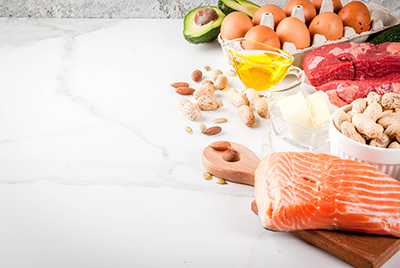 Turning down the heat of inflammation is important in the case of concussions, and omega‑3 fatty acids are ideal for this purpose, thanks to eicosapentaenoic acid (EPA). As for their docosahexaenoic acid (DHA), it is the precursor of the BDNF (brain-derived neurotrophic factor), but it is important to choose a product with more EPA than DHA, with an ideal ratio of 2:1 (2 g omega‑3s per day). According to Noguchi et al (2017), omega‑3s have powerful therapeutic effects and ensure the survival of traumatized animal brain models.

Vitamin D therapy reduces inflammation and neuronal injury after concussions. One study showed that combination therapy was superior to progesterone alone or a placebo for improving outcomes after severe trauma. Another study showed that vitamin D deficiency exacerbates posttraumatic inflammatory response. According to Jamal et al (2016), a vitamin D deficiency is frequently observed in patients after brain trauma, and it is associated with impaired cognitive function and more severe symptoms of depression. Also, the quality of life experienced following a concussion has been shown to be generally better in patients with optimal vitamin D levels than those deficient in vitamin D. Finally, Lee et al (2019) have shown that vitamin D supplementation significantly improved cognitive outcomes in the weeks following trauma and in the long term (dose: 2,000 IU/d; goal: 75 → 150 nmol/L [25OHD]). 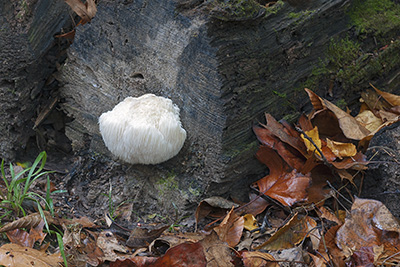 Among nature’s many wonders, some fungi can stimulate synthesis of nerve growth: Hericium erinaceus, also called the “hedgehog mushroom,” is one of them. In animal models, it is useful in the prevention of cognitive disorders related to beta-amyloid protein, such as Alzheimer’s disease. Lion’s mane supports myelination, the process that allows myelin to protect and optimize neuron operation. Routinely used in traditional Asian medicine for brain treatment, this mushroom has demonstrated in clinical studies its usefulness for mood regulation and improvement of mild cognitive impairment.

All situations involving a risk of concussion—particularly sports involving violent impacts—require increased vigilance but also prevention. Concussions, however many, are not trivial: They require being prepared to take positive action, making informed choices, and relying on a multidisciplinary medical team to monitor symptoms.

Concussion-prevention practice guides can minimize risks. As for detection protocols, management, and safe return to play, they can help prevent this trauma with all the seriousness and professionalism that are merited. Finally, natural remedies presented in this case contribute to the benefits of rest: the first and essential step to healing.

The Impact of Cerebral Concussions
Related Articles
Health
What is a Food Intolerance?
Health
Difficulty Managing Your Weight? It May Be Your Slow Metabolism
Health
Vitamin E for Great Looking Winter Skin
Categories
Health Recipes Lifestyle & Wellness Naturopathic Currents
Subscribe to our Newsletter ! Never, Maybe Later Subscribe
Your subscription to New Roots Herbal could not be saved. Please try again.
Your subscription to New Roots Herbal has been successful.