“Spread out on the kitchen table before him at his home . . . is a giant bowl of whole-grain cereal floating in soy milk, a cornucopia-like fruit bowl, a stack of whole-grain toast with nut butter, a large glass of full-pulp orange juice, and a handful of nuts . . . Later in the day, around 4 p.m., Wareham will resume his place at the kitchen table. This time it will be to tuck into his second and only other meal of the day: mounds of beans, raw vegetables, cooked asparagus, cabbage, and broccoli, finished with a handful of nuts and dates for dessert…”[1: 63]

Dr. Wareham was a robust, healthy centenarian who was able to drive, build fences, and even perform cardiothoracic surgery into his 90s. He credited his vigour, health, and longevity in part to his plant-based, vegan diet which he has been practicing for decades. Dr. Wareham is not a lone case study. He lives in a city called Loma Linda, California, a community heavily populated by a group of Christians known as of Seventh-day Adventists. Loma Linda, California was listed by Dan Buettner among the world’s top five Blue Zones (geographic areas with large proportions of centenarians), alongside Okinawa (Japan), Nicoya (Nicaragua), Ikaria (Greece), and Sardinia (Italy).

Ellsworth Wareham and his community of Seventh-day Adventists are a particularly interesting case study for us here in North America, because Loma Linda is located right on our continent, a geographic region notorious for our struggles with chronic diseases. Yet amidst us here in North America, there is a community of individuals who are living vibrantly into their 100s off their vegetarian/vegan diets, and physically active, socially and spiritually connected lifestyles. In the past few decades, large epidemiological studies numbering close to 100,000 subjects have studied this particular group of Seventh-day Adventists. Below are some of the lessons that can be learned from these studies. 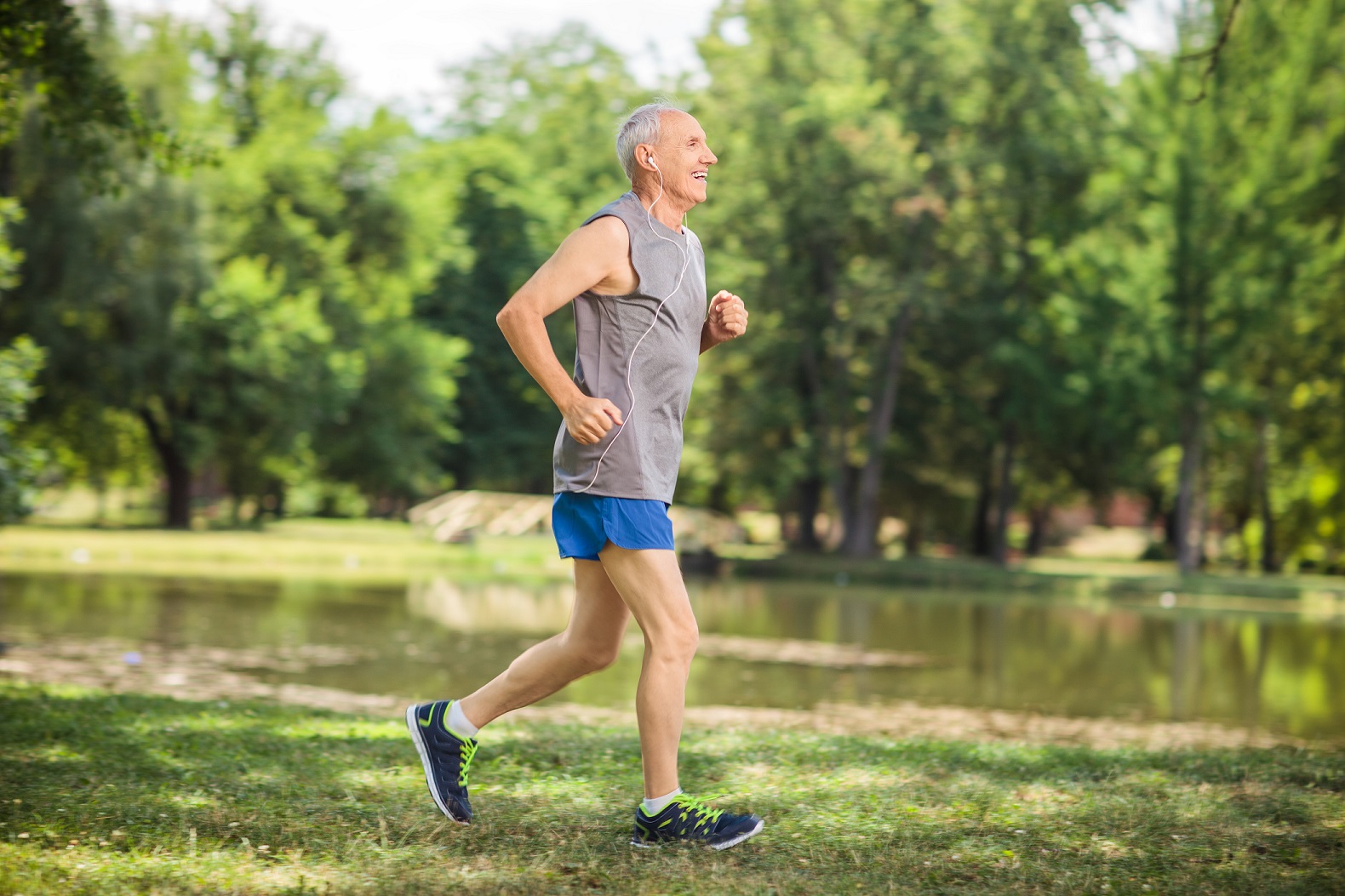 The life expectancy of Adventist men is about 81.2 years, and for women it is about 83.9 years.[2] This is 7.28 years (men) and 4.42 years (women) longer than their non Adventist Californian counterparts. They are living a few years longer than even the Japanese, a people group who are often cited as having the longest average lifespan.[3] 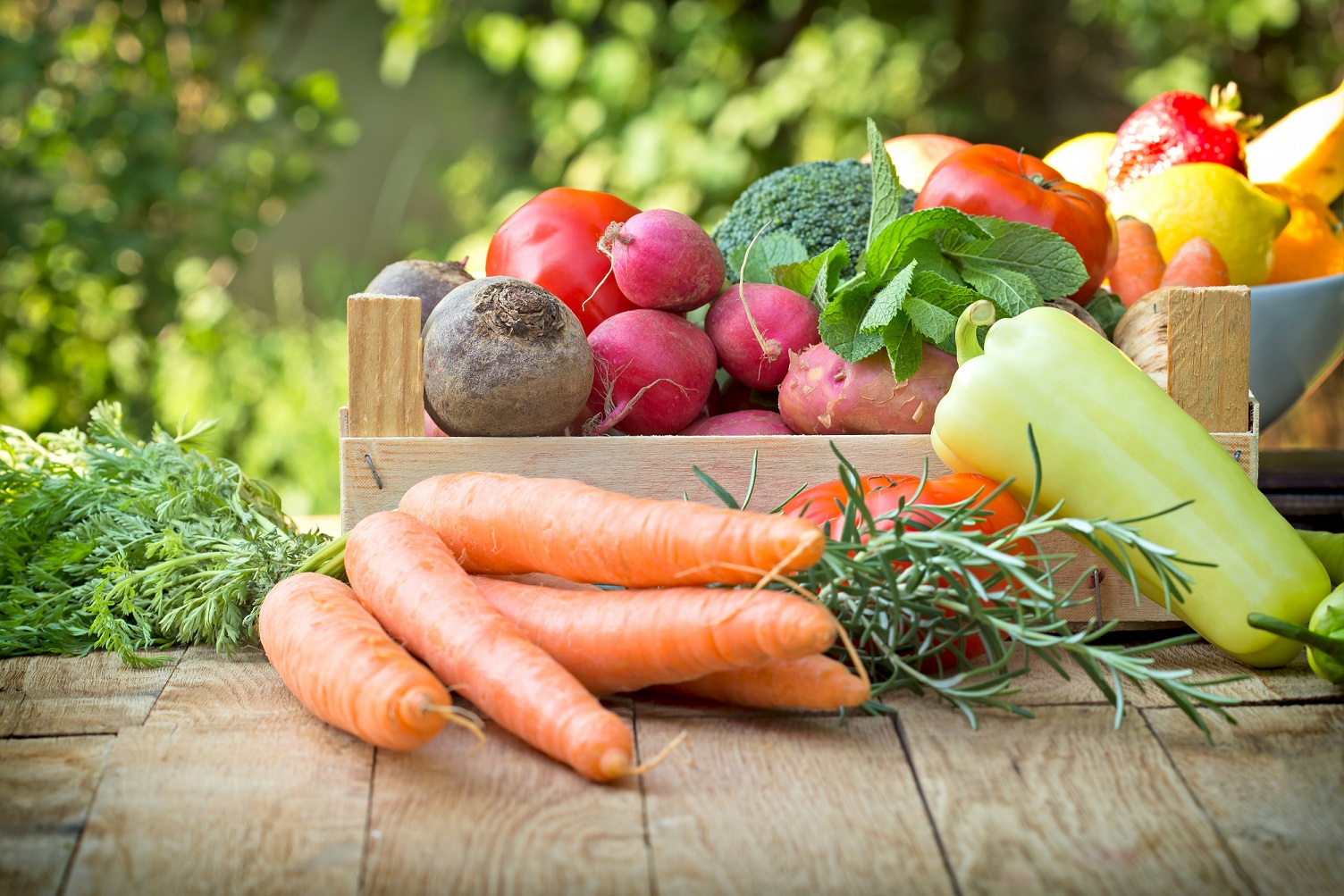 Diet may be contributing to their longevity. In their 2001 study, Dr. Gary Fraser, one of the lead researchers of the Adventist Health studies, and his colleagues found that vegetarian Adventists lived longer than nonvegetarians.[2] In 2013, another paper came out analyzing the Adventist Health Study 2 cohort; 73,308 participants in total.[4] The researchers discovered that compared to nonvegetarians, vegetarians had lower risks of death whether it be from any cause (all-cause), ischemic heart disease, or cardiovascular disease. For example, vegan men had a 28% lower risk of death from all causes, and 55% lower risk of death from ischemic heart disease. Even pescatarians had lower rates of death from all causes, cardiovascular disease, and “other” causes. They defined pescatarian as “consuming fish 1 time/month or more but all other meats less than 1 time/month.”[4] The associations were stronger in men than in women.

It’s possible that starting to consume a plant-based diet earlier may have additional benefits on one’s longevity. For example, Pramil N. Singh and other Loma Linda University researchers studied the longevity of cohorts from six observational studies comparing the life expectancy of vegetarians to nonvegetarians.[5] Two of the six studies were drawn from Californian Seventh-day Adventists. Four of the six studies demonstrated that vegetarians had a 25% decrease to even a two-fold decrease in risk of mortality. However, interestingly, even among those who were vegetarians, Seventh-day Adventists who were practicing a vegetarian diet for more than seventeen years had a 3.6-year longer life expectancy than those who had been practicing the vegetarian diet for less than seventeen years. 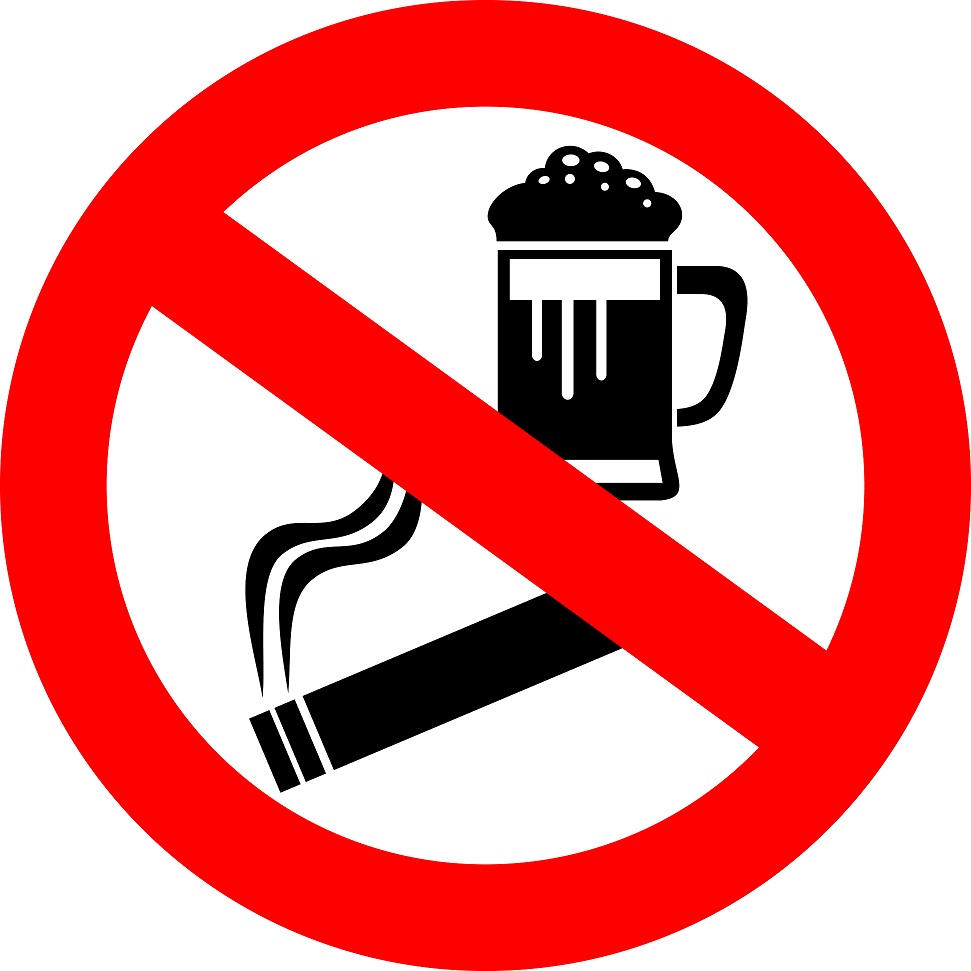 Though the link between a vegetarian diet and the longevity of Seventh-day Adventists cannot be considered causal, the associations are very compelling. When conducting large population observational studies, there is always the potential that one’s conclusions are weakened by the potential effect of confounders. This is no different for these studies on the Seventh-day Adventists. However, what makes the Adventist cohort quite unique is that Seventh-day Adventists abstain from alcohol, do not smoke, and the researchers even excluded all who had a history of major chronic diseases at baseline. In these studies, factors like education, body mass, and physical activity were adjusted for. This does not rule out other potential confounders, yet the adherence to other healthy lifestyle behaviours, regardless of one’s vegetarian status, reduces the potential number of confounders. This, along with the consistency across studies,[2][6] the large sample size of the Adventist cohort, and corroboration from other cohorts,[7][8] makes the link between the plant-based diet of the Seventh-day Adventists and their longevity advantage that much more compelling.

There may be several plausible explanations as to why vegetarians seem to have longer lifespans. These can range from lower contribution of saturated fat in the diet, less formation of mutagenic/carcinogenic compounds such as N nitroso compounds and heterocyclic amines, or even less exposure to antibiotics (administered to poultry and livestock), and cooking methods (like grilling and smoking) which leads to formation of carcinogens.[5] It is difficult to say exactly what may be the beneficial factor. But regardless, it is generally accepted that eating more plant-based contributes positively to one’s health.

Vegetarian and vegan diets are nutritionally adequate when planned appropriately. The idea that protein and iron must come from meat are obsolete. In 2016, the Academy of Nutrition and Dietetics released a position paper extolling the benefits of a vegetarian and vegan diet. The paper synthesizes and summarizes the wide range of studies presently available regarding these two plant-based dietary patterns. In the paper, the authors state:

“It is the position of the Academy of Nutrition and Dietetics that appropriately planned vegetarian, including vegan, diets are healthful, nutritionally adequate, and may provide health benefits for the prevention and treatment of certain diseases. These diets are appropriate for all stages of the life cycle, including pregnancy, lactation, infancy, childhood, adolescences, older adulthood, and for athletes.”[11]

The days are over when meat was considered indispensable and dairy was a necessity. The science just does not support this notion, and more and more individuals and groups are rapidly catching on.

Corroboration from Other Blue Zones

The Seventh-day Adventists are not the only blue-zone people group who benefit from a plant-based diet. In his research, Dan Buettner discovered that all the peoples in the other four Blue Zones—Nicoya (Nicaragua), Ikaria (Greece), Okinawa (Japan), and Sardinia (Italy)—ate a heavily plant-based diet. Meat was a very limited portion of their diet, if eaten at all. For example, the Okinawan diet is traditionally 80% carbohydrates, with dairy and meat representing only about 2–3% of calories.[9] Meat only contributed about 5% of the total intake (grams) in the Ikarian diet.[1] In summing up the diet of the dietary patterns of peoples in the Blue Zones, Dan Buettner writes:

“Beans, including fava, black, soy, and lentil, are the cornerstone of most centenarian diets. Meat—mostly pork—is eaten on average only five times per month, and in a serving of three to four ounces, about the size of a deck of cards.”[1: 21] 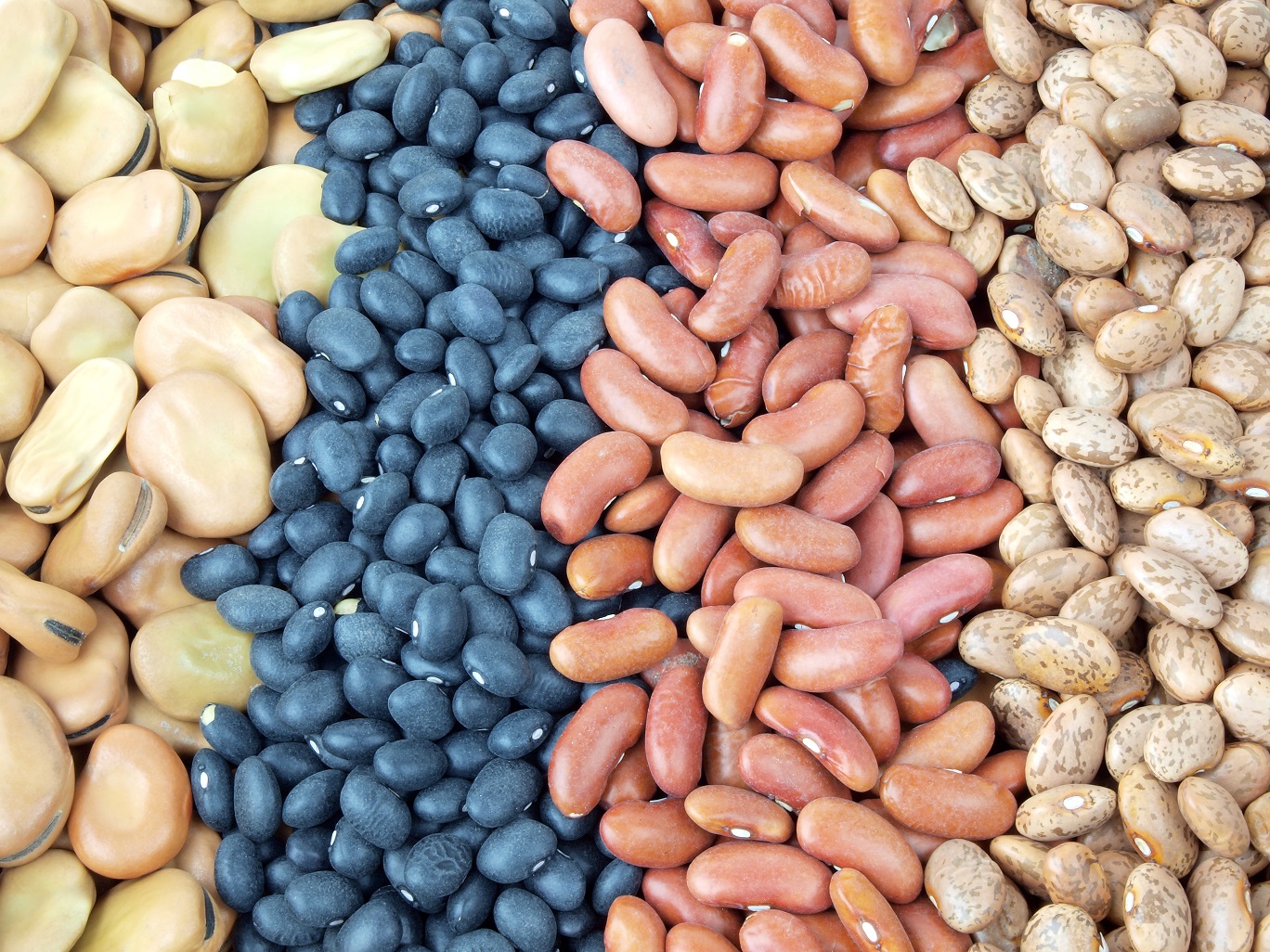 In the second phase of the Adventist Health studies, called Adventist Health Study 2, researchers are finding that vegan and vegetarians diets go beyond increasing longevity. For example, vegetarians had approximately half the risk of colon cancer, 35% risk reduction for prostate cancer, and even a 48% risk reduction in mortality from breast cancer, compared to nonvegetarians.[10] Vegetarians had 55% lower odds of developing hypertension, and 25–49% reduced odds of developing type 2 diabetes. For metabolic syndrome, the odds was reduced to about half compared to nonvegetarians.[10]

The findings for vegans in the above study was also very eye-opening. Vegans had an average of five points lower BMI compared to nonvegetarians. The risk of hypertension was reduced by 75% in vegans, and by 47–78% for diabetes.[10] It appears that not only do vegetarian and vegan diets add years to one’s life, but perhaps they may add life to one’s years.

What Does This Mean for Me?

In some circles, especially in the functional-medicine realm, authorities will subscribe and push a diet that is low in carbohydrate and high in meat consumption. In promoting these ketogenic/paleo type dietary patterns, the perception one gets is that eating carbs and having a lower amount of protein than is typically consumed in a paleo-type diet is somehow detrimental to one’s health. However, when one observes the lifestyle patterns of blue-zone people groups, one dietary pattern is consistently found: None of them are eating the amounts of meat that would characterize a ketogenic or paleo-type diet.v

Even if one might argue that the rural, very traditional lifestyles and environments of Okinawans, Ikarians, Nicoyans, and Sardinians do not mimic the typical North American environment, they must still reckon with the compelling studies coming out of Loma Linda, California. The Adventist Health studies have shed a bright light on the power of vegetarian and even vegan dietary patterns. This is not to suggest that there are no studies demonstrating that ketogenic and paleo-type diets may be beneficial, and it also needs to be added that the emphasis on consuming high levels of vegetables and limiting processed and packaged food and sugar, by keto and paleo proponents, is to be lauded. However, we must wonder if keto and paleo proponents may perhaps overstate their case sometimes.

There are many well-known and very vocal proponents out there telling the public that keto and paleo are the ways to go. The impression that is left in the mind is: “I have to eat meat.” However, before jumping to such a conclusion, consider the centenarians living in places like Okinawa or the other Blue Zones regions. If you want to write them off because they have a different environment than us, then at least take into consideration individuals like Dr. Ellsworth Wareham. He and other Seventh-day Adventists live right here in North America. Ellsworth’s non meat lifestyle definitely didn’t hinder his health: If anything, the science would suggest it may have contributed to his vitality and longevity.

9. Wilcox, B.J., et al. “Caloric restriction, the traditional Okinawan diet, and healthy aging: The diet of the world’s longest-lived people and its potential impact on morbidity and life span.” Annals of the New York Academy of Sciences, Vol. 1114 (2007): 434–455.