Resveratrol (also known as trans‑resveratrol or trans‑3,5,4′-trihydroxystilbene) is a potent antioxidant polyphenol derived from the skins of red grapes (Vitis vinifera) as well as from foods including berries, medicinal plants such as Japanese knotweed, and red wine.[1] Resveratrol has been shown to exert a number of therapeutic effects including anti‑inflammatory, antitumorigenic, and antioxidant properties that may help in the prevention and treatment of cardiometabolic disease, inflammation, endocrine disorders, and more.[2]

Human studies show that resveratrol metabolism occurs primarily in the liver and results in the production of conjugated glucuronides and sulfate metabolites, which do have biological activity.[3] The half-life of resveratrol ranges from one to five hours, and it seems generally well tolerated. Some of the more commonly reported side effects include gastrointestinal symptoms including nausea, flatulence, bowel motions, abdominal discomfort, loose stools, and diarrhea, associated with doses up to 2.5 to 5 g.[4] Usual dosing ranges from 500 to 1,500 mg daily. 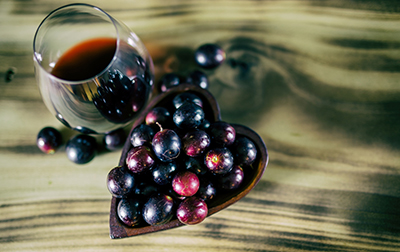 A meta-analysis of 24 randomized controlled trials found that resveratrol supplementation had diverse antioxidant effects among patients with metabolic syndrome and related disease.[5] Resveratrol significantly decreased C‑reactive protein by 0.55 points and tumour necrosis factor‑α (TNF‑α) by 0.68 points. Although these are small changes numerically, they are clinically significant as predictors of heart disease, for instance.

A systematic review and meta-analysis of six studies examining a total of 196 patients with type 2 diabetes (104 resveratrol, 92 control/placebo) found that resveratrol supplementation was more effective than placebo/control for improvements in systolic blood pressure, hemoglobin A1c, and creatinine, although not for fasting glucose, homeostatic model assessment of insulin resistance, diastolic blood pressure, insulin, or cholesterol.[6]

Another meta-analysis (11 RCTs, 384 patients) evaluating the effect of resveratrol supplementation on diabetes found that resveratrol “significantly reduced fasting glucose, insulin, glycated hemoglobin [HgbA1c], and insulin resistance (measured by using the homeostatic model assessment) levels in participants with diabetes,”[7] but not in patients without diabetes.

A study of patients with minimal hepatic encephalopathy, a condition associated with end-stage liver disease such as cirrhosis, found that supplementation with resveratrol reduced symptoms of depression (Back Depression Inventory) and anxiety (State-Trait Anxiety Inventory); and improved physical function, body pain, general health, vitality, and social function, compared to control.

A randomized controlled trial evaluated 100 patients with rheumatoid arthritis who were given either 1 g resveratrol along with the conventional treatment for three months or included in a control group that was given conventional treatment only.[9] After three months, clinical endpoints including the 28‑joint count for swelling and tenderness as well as the disease activity score assessment for 28 joints were reduced significantly in the resveratrol treated group. In addition, serum levels of biochemical inflammatory markers declined in the resveratrol-treated patients, including C‑reactive protein, erythrocyte sedimentation rate, undercarboxylated osteocalcin, matrix metalloproteinase‑3, tumour necrosis factor‑α, and interleukin‑6.

Another study evaluated the effect of resveratrol in patients with knee osteoarthritis.[10] A double-blind, placebo-controlled, randomized, multicentre study evaluated 110 patients on meloxicam to either adjuvant resveratrol (500 mg/d) or placebo for 90 days. Results showed that patients taking resveratrol had a significant reduction in pain severity and functional disability compared to placebo, as assessed by the Western Ontario and McMaster Universities Osteoarthritis Index. 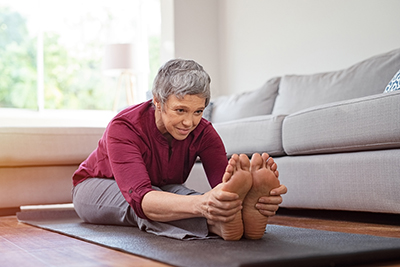 As might be expected given its effect on diabetes, resveratrol may also improve polycystic ovary syndrome (PCOS).[11] A total of 34 women with PCOS were randomized to either 1,500 mg/d resveratrol or placebo for three months. Results showed that resveratrol was associated with a significant (23.1%) decrease of total testosterone as well as a 22.2% decrease of dehydroepiandrosterone sulfate (DHEAS), as well as with a decrease of fasting insulin level by 31.8% and an increase of the Insulin Sensitivity Index.

Resveratrol Max is formulated with a 50% trans-resveratrol extract, the highest potency available for Canadian consumers.