Diabetes has been called the “epidemic of the 21st century.”[1] The consequences of diabetes are often underappreciated by the public, but the medical community is all too well aware of sequelae including blindness, kidney failure, neuropathy, amputations, and heart disease. Obesity is the leading cause of diabetes, and so diet and lifestyle strategies that support weight loss and exercise are essential in stemming the rise of this disease. Nonnutritive sweeteners (NNS) or low-calorie-sweeteners (LCS), meaning sugar-free sweeteners such as aspartame or sucralose, have for decades been promoted as a way to reduce sugar intake and encourage weight loss. New evidence suggests use of these artificial sweeteners may instead be associated with more obesity, worse glycemic control and higher rates of developing diabetes.[2][3][4] A recent meta-analysis of 10 prospective studies found that consumption of one serving per day of LCS beverages was associated with a 25% increased risk of type 2 diabetes.[4] Naturally occurring sweeteners such as xylitol and erythritol have been investigated as possible alternatives.

Xylitol and erythritol are naturally occurring low-calorie sweeteners. Xylitol has been studied since the 1960s, while erythritol has been studied since the 1990s, with first attention devoted to their effects on dental health and tooth caries; more recently the focus has shifted to their systemic effects in diabetes and metabolic syndrome,[5] as well as effects on the gut flora.[6] Xylitol in chewing gum and candies has been shown to help prevent tooth decay,[7] and may have anti-infective properties, while xylitol and erythritol systemically have been shown to improve glucose control. This article reviews data on diabetes, dental health, and other applications.

Structurally, xylitol and erythritol are sugar alcohols; xylitol has a 5‑carbon structure, while erythritol has a 4‑carbon structure.[8] The substitution of a carbonyl group with an alcohol group on these molecules renders xylitol less absorbable, and results in a slower release of sugar into the bloodstream.[6] One study also showed slowed gastric emptying associated with xylitol, which can increase satiety.[9] Absorbed xylitol is converted to glucose, which is slowly released to the bloodstream, resulting in low-glycemic as well as low-insulinemic effects.[6] For this reason, xylitol is ideal for maintaining stable glucose levels in diabetic individuals. Xylitol is generally recognized as safe (GRAS) and doses up to 50 g in adults and 20 g in children are considered safe.[6]

Unabsorbed xylitol is fermentable by gut bacteria, producing hydrogen gas and flatulence; and the increased osmotic pressure may cause looser stools in some individuals in a dose-dependent fashion. Xylitol consumption has also been shown to increase the numbers of bifidobacteria in the large intestine among healthy patients.[10][11] Another study in animal models found that moderate doses of xylitol (200 mg/kg/d) were associated with observable changes in gut flora composition, with reduced abundance of fecal Bacteroidetes phylum and the genus Barnesiella, and increased abundance of Firmicutes phylum and the genus Prevotella.[12] The generalizability of these findings to humans are not certain. 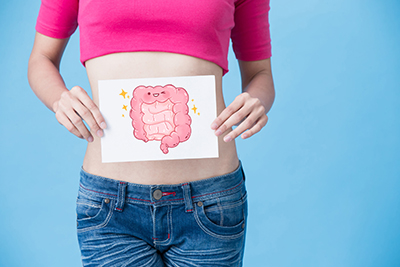 Unlike xylitol, erythritol is highly absorbable in the small intestine, and nonfermentable.[11] Erythritol is quickly absorbed but not metabolized systemically and is excreted unchanged in the urine.[13] Erythritol therefore has better gastrointestinal tolerance yet shares the same low-glycemic features as xylitol. One study found that compared to xylitol, erythritol consumption was associated with significantly lower gastrointestinal symptoms including nausea, bloating, borborygmi, colic, watery feces, and total bowel movement frequency.[14] There is some data that erythritol may improve endothelial function in patients with diabetes.[13]

A randomized, three-way study evaluated hunger and satiety scores associated with erythritol use.[15] A total of 10 lean and 10 obese volunteers consumed three test meals on separate occasions: 1) control sucrose meal; 2) isovolumic meal with partial replacement of sucrose by erythritol; 3) isocaloric meal which contained more erythritol but equivalent calories to the control meal. Erythritol was associated with smaller increases in blood glucose and insulin. There was no difference in glucagon-like peptide‑1 (GLP‑1) and peptide YY (PYY) levels, or subsequent energy intake between sucrose control and isovolumic erythritol meals. In lean (but not obese) participants, hunger decreased to a greater extent after the isocaloric erythritol meal compared to the control meal. Researchers concluded that replacing sucrose with erythritol leads to blunted glucose and insulin responses; and comparable hunger and satiety scores, GLP‑1 and PYY levels, and subsequent sucrose preference and intake.[15] 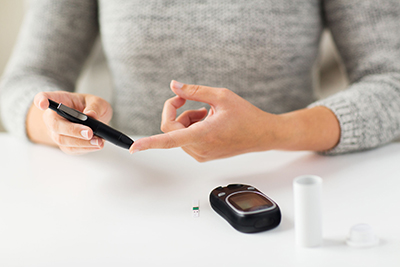 Dental caries are caused by proliferation of Streptococcus mutans, a bacteria that produces acids and breaks down the enamel and dentin of the teeth. Xylitol decreases the proliferation of these bacteria in plaques and in saliva by 1) by decreasing dietary sugar intake and 2) inhibiting the enzyme glucosyltransferase which in turn blocks glucose utilization by Streptococcus mutans and their adhesion to the tooth surface.[6] A systematic review and meta-analysis including 16 studies found that xylitol reduced growth of S. mutans in the oral cavity, and that xylitol reduced tooth decay compared to fluoride varnish. Researchers concluded that “xylitol was found to be an effective strategy as self-applied caries preventive agent.”[8] Additional studies showed that use of xylitol was associated with significantly less bacterial biofilm and bacterial adherence compared to sucrose (sugar);[18] and decreased reduction in plaque, gingival, and bleeding score.[19]

Another study found similar findings of decreased biofilm growth associated with erythritol use.[20] 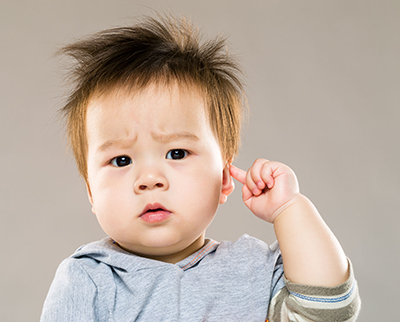 In addition to being a nutritive sweetener, xylitol has long been recognized for its antibacterial effects. There is currently a randomized trial underway to evaluate the effect of a xylitol syrup on ear infection (otitis media) among children ages 2–4 years.[21] A randomized trial published in Pediatrics as early as 1998 found that xylitol syrup was effective in preventing otitis media and reducing the need for antibiotics.[22] A total of 857 children from various daycares were randomized to receive xylitol either as a chewing gum or syrup or lozenge, at a dose of between 8.4 to 10 g per day, compared to placebo for three months. Results showed that the percentage of children who experience otitis media during the course of the study was significantly reduced among xylitol treated groups: A 20% reduction in the lozenge group, a 30% decrease in the syrup group, and a 40% decrease in the chewing gum group. The xylitol treated groups also required fewer antibiotic treatments.

In summary, xylitol and erythritol are alcohol-sugars that may be safer alternatives to sugar and artificial sweeteners. Xylitol is released slowly into the bloodstream while erythritol is well absorbed and generally has better gastrointestinal tolerance. Replacement of sucrose with xylitol and erythritol results in blunted effects on blood glucose and insulin. Xylitol may also be helpful for preventing dental cavities and middle ear infection.