Green tea is made from the leaves of the plant Camellia sinensis, and has been used as
a medicinal herb for over 4000 years. [1] Many health benefits are attributed to the
catechin and caffeine content, as well as that of the compound l-theanine, accounting for
about 50% of the total amino acids from these tea leaves. [1] In addition to
chemoprotective properties, green tea consumption has been shown to enhance mental
performance [2], decrease anxiety, promote relaxation [3], and protect liver tissue. [1]
Chronic consumption may also help prevent cardiovascular disease, diabetes, depression,
and dementia. [2] Although l-theanine as a mono-therapy agent can be extremely beneficial
for acute stress, anxiety, and relaxation before sleep, the combination of compounds within
green tea, specifically the combination of l-theanine and caffeine, may be more beneficial as
a whole to support cognitive function and mental performance.

Benefits of L-Theanine During Acute Stress

L-theanine is a naturally occurring amino acid found exclusively in tea leaves. [1] Multiple
studies have investigated the effects of l-theanine on the nervous system, especially as its
chemical structure is similar to that of glutamate [4] and in that it can readily cross the
blood-brain barrier. [5] The calming and anxiolytic effect of l-theanine has been well-
documented, meanwhile other studies are investigating its effects on cognitive function,
including learning and memory. [5] 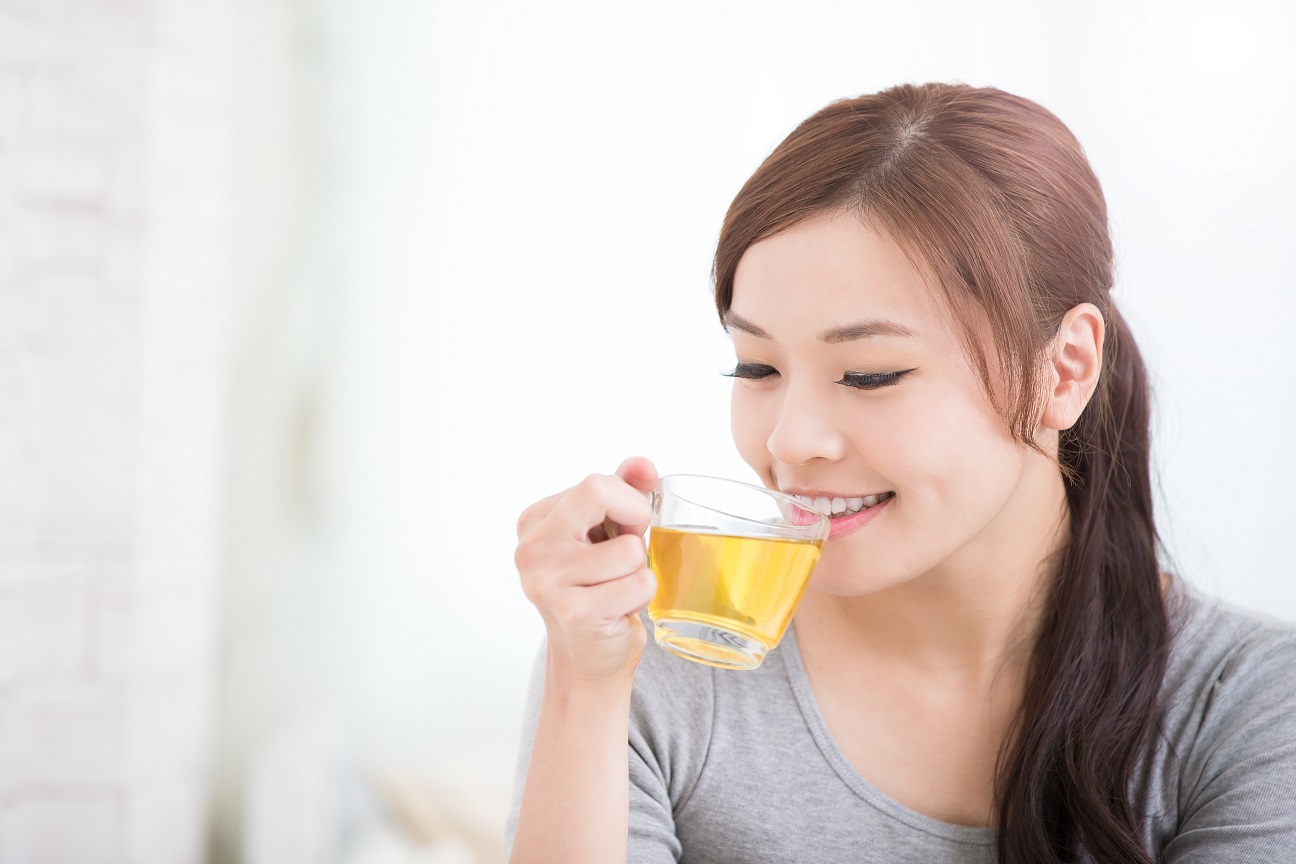 The relaxing effect
may be attributed to l-theanine’s modulation
of the nervous system:
By blocking the binding
of l-glutamic acid to glutamate receptors in the brain, l-theanine may be able to attenuate activation of the central nervous system. [6] This can lead to a mitigation
of heart rate elevation
after exposure to acute stress. [6] This should not be taken to mean that l-theanine can be used to lower high blood pressure in general, but more so, after exposure to stressful stimuli, as the nervous and endocrine systems attempt to elicit stress responses, l-theanine may act as a modulator to reduce the startle reflex. Therefore, it can help reduce major elevations in blood pressure when caused by stress in an acute setting, and also preventatively during mental stress.

In particular, researchers have shown that 200mg can elicit significant changes
(reductions) in both systolic and diastolic blood pressure after a stressful mental task. [3] Additionally, subjects in this study reported decreased tension and anxiety with l-theanine supplementation. [3]

Due to l-theanine’s involvement in glutaminergic neurotransmission, one study of
patients with schizophrenia used doses of 200mg and 400mg of l-theanine and
were able to decrease the startle reflex in response to stressful stimuli. [4] Another
study in patients with schizophrenia, by the same team of researchers, showed
that supplementation with 250mg of L-theanine for 8 weeks led to improvements
in sleep quality and on others measures on the positive syndrome scale. [7] This
allows for further exploration into using l-theanine therapeutically for other
psychiatric disorders such as anxiety, panic disorder and obsessive compulsive
disorder.

The anxiolytic effect of l-theanine has been attributed to the effect on dopamine and
serotonin concentrations in the brain. [3] It has also been noted that l-theanine can
increase alpha brave wave activity in humans, eliciting a relaxed yet alert state. [2][3]
Many of these effects can be seen about 30-40 minutes after consumption, and peak
plasma concentrations have been measured between 32 to 50 minutes after
consumption. [3]

Current research has demonstrated that L-theanine exerts effects on the glutaminergic
system, and also increases dopamine activity in animal models. [8] These combined
may be responsible for the cognitive enhancing effect in animal studies, with respect
to learning and memory.

Attention in general has been defined as at the ability to effectively deal with a vast
amount of sensory and cognitive input, which is constantly received by the nervous
system, with the ability to focus only on relevant information. [2] Objectively this can
be measured by the speed of a response, and the amount of correct and/or accurate
responses. [2] 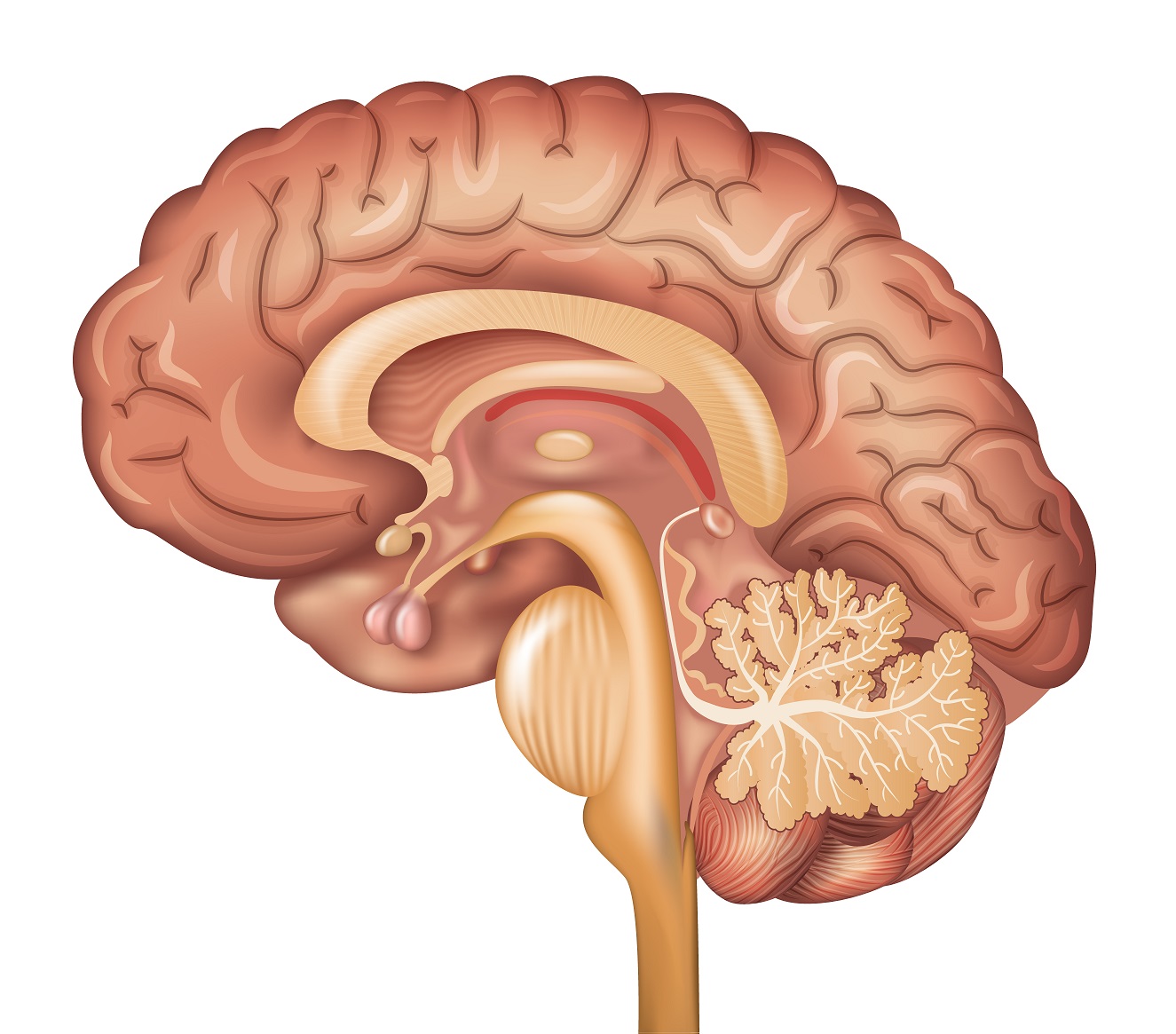 The combination of l-   theanine and caffeine   has been proposed as   the key factors
affecting attention,   whereby one cup of
tea contains   approximately 35-
60 mg of caffeine,
and 5-23 mg of   theanine.[2] Caffeine   itself antagonizes     adenosine receptors,   leading to a potential   increase in   neurotransmission.
Its effect on the   dopaminergic system   can also elicit arousal   and promote higher-order attentional processes. [2]

One study compared the effect of 50mg of caffeine with and without 100mg of
l-theanine on cognition, measuring rapid visual information processing, attention
switching, and word recognition. [9] Caffeine was shown to improve subject
alertness at 60 minutes, and accuracy on attention-switching at 90 minutes;
however, the combination of theanine and caffeine improved both speed and
accuracy of mental performance during tasks, while decreasing susceptibility to
distractions. [9]

In part of its effects on neurotransmission, l-theanine has also been shown to
have cerebroprotective benefits for the brain: Research has shown that l-theanine
can prevent neuronal cell death after transient cerebral ischemia, which may be
due to its ability to affect glutaminergic pathways. [11] Specifically, l-theanine has
been shown to act on glutamine transporters to inhibit the transport of extracellular
glutamine into neurons. [11] This would mitigate over-excitation responses when
exposed to stressful stimuli. One study in elderly subjects with normal or slight
cognitive dysfunction showed a slight improvement in cognitive parameters with
the equivalent of 50mg of theanine, delivered as green tea powder. [11] 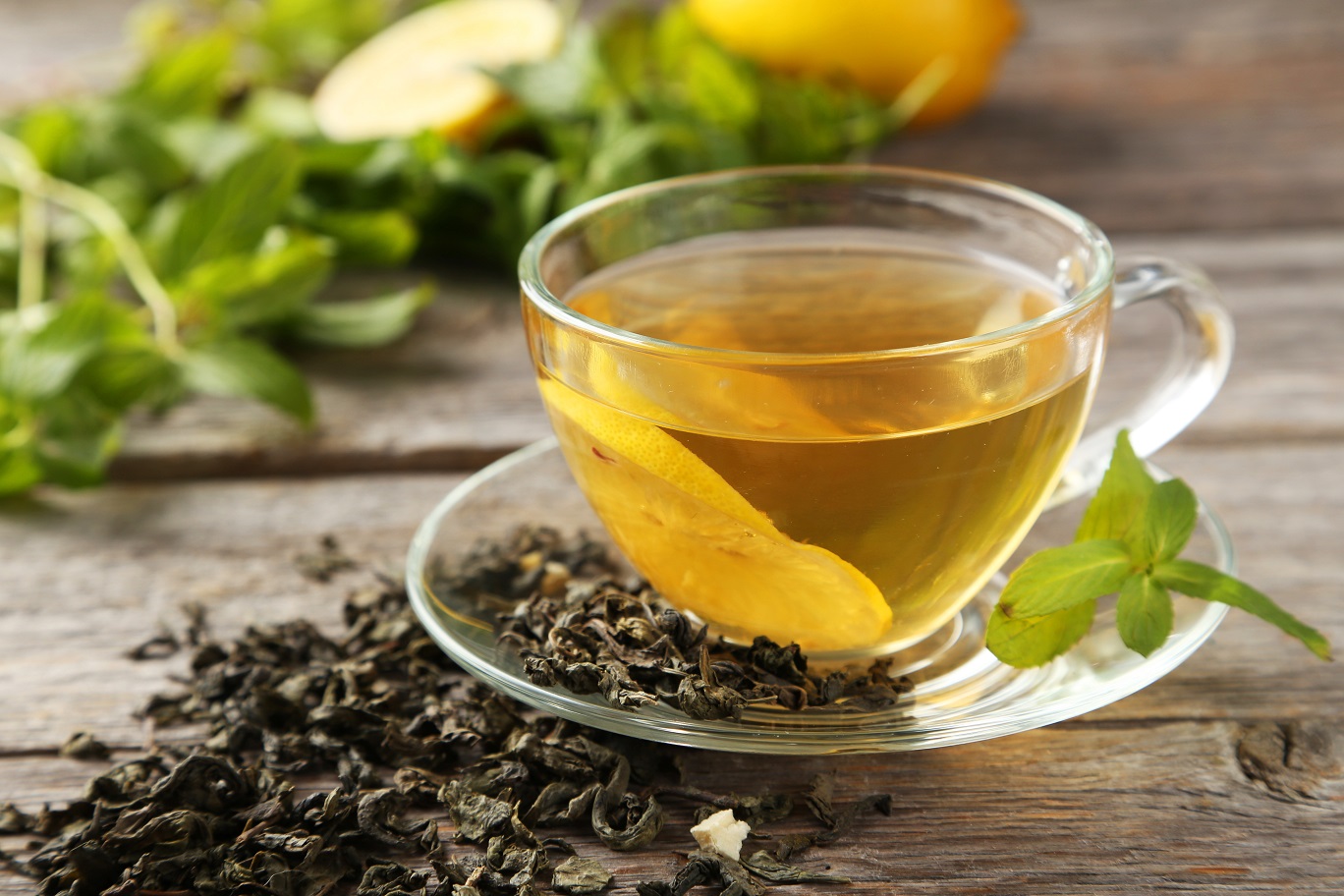 The effects of neuroprotection, improved reaction
time and processing
of information, all
may lead to future studies in areas of reduced or
problematic cognition.
In particular, L-
theanine, or the combination of
l-theanine and caffeine found in green tea may produce significant positive effects for the elderly, those with mild
cognitive decline, students with the inability to perform on tests due to anxiety and issues
with concentration, and those in stressful working conditions who have difficulties with
multi-tasking, and concentrating on tasks in high-stress workplaces. Future research
is needed, but the multiple pathways in which l-theanine is involved are promising for
therapeutic effects related to anxiety and cognition. As well as the fact that l-theanine
is measured in serum within an hour of consumption, eliciting its effect as quickly as
30 minutes post consumption. This makes l-theanine, and green tea in general, a
promising acute therapeutic agent, apart from the multitude of health benefits from
chronic green tea consumption.

5. Lardner, A.L. “Neurobiological effects of the green tea constituent theanine and
its potential role in the treatment of psychiatric and neurodegenerative
disorders” Nutr Neurosci. Vol. 17, No. 4 (2014): 145-55

8. Dodd, F.L., et al. “A double-blind, placebo-controlled study evaluation the
effects of caffeine and L-theanine both alone and in combination on cerebral
blood flow, cognition and mood.” Psychopharmacology (Berl) Vol. 232, No. 14
(2015): 2563-76

New Roots Herbal’s Green Tea is standardized to 75% of the polyphenol epigallocatechin gallate (EGCG). EGCG is the potent antioxidant compound responsible for many therapeutic applications.

ʟ-⁠Theanine is an amino acid found in green tea, which crosses the blood-brain barrier. This helps promote mental clarity and concentration.