Fertility challenges associated with maternal aging are an ever-increasing concern for those wanting to conceive. It is quite commonly known that female egg quality and quantity both diminish as a woman increases in age; it is also important to be aware that this age-related decline takes place regardless of continuing ovulatory cycles and/or menstruation.[1] A topic which is not of common discussion is why this happens and also what a woman can do about it. The threat to a woman’s reproductive capacity is life-changing and can add constant pressure and stress to females wanting to have children. This is ever-present in current times, as an increasing number of females delay childbearing until later years in life. The purpose of this article is to discuss the research findings correlating coenzyme Q10 (commonly known as the natural health product CoQ10) and its relationship with fertility.

Coenzyme Q10 is a cellular antioxidant.[2] It is commonly known that antioxidant supply is vital, especially as we age, to quench free radicals and prevent some forms of cellular damage. It has been shown to possess protective capabilities against oxidative-stress damage in certain organ mitochondria and to be a scavenger of free radicals.[3] Coenzyme Q10 is largely known for its potential to affect cardiovascular health, but perhaps its potential for fertility related issues is less commonly known. CoQ10 is involved in energy production of the cell, particularly in the part of the cell called the mitochondria. This energy production affects many biochemical cellular processes in the body. It has been found that there is a gradual, age-related decline in the tissue levels of CoQ10.[2] In humans, it is believed that the concentrations of CoQ10 tend to decrease after 30 years of age in some tissues.[1] The decrease in CoQ10 has been correlated to the decrease in fertility.[1] The main source of CoQ10 is believed to come from endogenous production,[1] or made within our bodies, as opposed to coming from external sources such as diet, as the bioavailability of CoQ10 from diet is believed to be very low,[1] making it difficult for one to obtain this nutrient in sufficient amounts through the intake of foods. 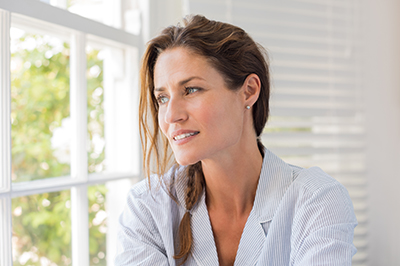 Generally speaking, a main reason female reproductive ability tends to decline with age can be attributed to a decrease in function of the mitochondria.[1] The mitochondria is the part of the cell that is largely responsible for energy production. CoQ10 is actually also made in the mitochondria of the cell and is associated with the process of energy production. It has been observed in both humans and mice female populations that there is an age-related decline in quality and quantity of eggs; however, it has also been found that this age-related decline could be ameliorated simply by the administration of CoQ10.[1] Researchers studying animal populations have observed that not only were ovulation rates improved in populations treated with CoQ10, but also that there were less aged eggs in the population treated with CoQ10, in addition to the egg quality being similar to that in younger populations.[1] Energy output and production was also found to be improved with the administration of CoQ10in this same study, which can explain the improvement in egg quality, as the CoQ10 drives energy production in the cell and contributes to the youthful quality of a woman’s eggs.[1]

In a study using an animal population, those supplemented with CoQ10 for 18 weeks were found to have a significant increase in the number of successfully ovulated eggs and increased mitochondrial energy production in the eggs.[2] The same researchers also found that the mice involved in prolonged exposure to CoQ10 also had a reduced rate of decline of ovarian reserve and restored their reproductive outcomes to a level that is comparable to young mice.[2]

Although polycystic ovarian syndrome (PCOS) is not the sole reason a female may be having fertility challenges, it may be a relatively common one which can present with fertility challenges, with some sources stating that 40% of women with PCOS experience fertility challenges.[4] A common pharmaceutical used amongst women with PCOS is clomiphene citrate; this drug is used to help the induction of ovulation. Researchers examined the effects of clomiphene citrate combined with CoQ10 supplementation v. the drug alone without the addition of CoQ10 for ovulation induction, specifically in a group of women with clomiphene citrate–resistant polycystic ovarian syndrome. They examined several factors including ovulation, clinical pregnancy rates, the number of follicles of desirable measurements, and endometrial thickness. What they found is that ovulation occurred 65.9% of the time (in 54/82 cycles) in the group using the CoQ10 with the medication, v. 15.5% of the time (11/71 cycles) in the group using the clomiphene citrate alone.[5] They also found that the clinical pregnancy rate was significantly higher in the CoQ10 and clomiphene citrate–treated group v. the clomiphene citrate alone.[5] The number of follicles and the endometrial thickness measured were also favourable in the CoQ10 group. These findings suggest that there is a direct impact of CoQ10, which may be beneficial in a population of women who have polycystic ovarian syndrome, particularly when it comes to ovulation and clinical pregnancy rates.[5] 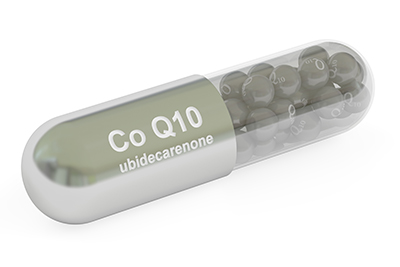 Interestingly, the mitochondrial processes which provide energy to the eggs are what the mammalian eggs and early embryo, researchers state, depend on for their energy supply;[2] therefore, if the energy supply from the mitochondrial processes is compromised, there is a direct impact on the eggs of a mammalian female. In addition, researchers have also noted that there seems to be a lack of female age-related decrease in pregnancy outcomes when donor eggs are used from a younger population,[2] which further supports the importance of addressing egg quality and quantity in aging females when it comes to pregnancy. Furthermore, it has been shown that not only fertilization potential of the eggs is directly linked to energy production of the mitochondria, but also the potential of an embryo—a fertilized egg—to implant into the uterus is directly correlated with the energy content of the embryo.[2] This is vital, as we now are looking beyond the simple beginnings of fertilizing an egg, but also into the long-term potential for this embryo to grow in the uterus due to implantation, which is dependent on energy production from the mitochondrial processes. It has been reported that a correlation seems to exist between low plasma CoQ10 levels and spontaneous abortions.[1]

An interesting note is that researchers also found that, although the administration of CoQ10 supplementation improved mitochondrial function and egg quality, including delaying the depletion of ovarian reserves,[1] it had no impact on the ovarian reserves or egg quality of young females, which suggests that CoQ10 is of benefit for fertility purposes only in those populations in which mitochondrial dysfunction is present and energy production is compromised.[1] This further supports the notion that age-related decline in fertile capacity is directly related to mitochondrial health and energy production.

In short, it is understood that mitochondrial function plays a vital role in the energy production of the cell, which can affect a woman’s egg quality and quantity.[1] When the mitochondria are not working properly, energy is not made in abundance, and there is a decrease of CoQ10.[1] This decrease in CoQ10 and energy is correlated with the diminished ability of an embryo to implant in the uterus,[2] as well as with the overall quality and quantity of a woman’s eggs.[1] Under these circumstances, research findings suggest that fertility challenges are likely to present.[1][2]

The importance of age-related fertility challenges is of increasing concern and value, due to the increasing number of women delaying pregnancy and childbirth until later years in life. Currently, no intervention other than younger and healthier donor eggs exists that is capable of negating the adverse effects of aging when it comes to a woman’s fertility.[2] With this vital understanding of the role the mitochondria plays in energy production and how this affects the quality of a woman’s eggs, in addition to the ability of a fertilized egg to implant in to the uterus, we can support the body’s natural ability to restore harmony and vitality to itself as we utilize coenzyme Q10 to support energy production of the cell and in turn, potentially, women’s natural-born right to bear children.