Every time I turn around, someone else has published a news article saying that cell phones are rewiring our brains, stealing our creativity, and making us unable to focus—and by some measures, even decreasing our intelligence. But are they really?

In January of 2018, The Globe and Mail published an article titled: “Your smartphone is making you stupid, antisocial and unhealthy. So why can’t you put it down?”[1] The charges laid against the cell phone included damaging our minds, relationships, attention spans, brain power, work/life balance, memory, and creativity, among others. But is it really? A review article on smartphones and cognition published in Frontiers in Psychology comments: “For all the media attention that this subject garners, the supporting literature is still in its nascent stages.”[2] For all the time we spend with phones and all the speculation about how they may be impacting our brains, the research is all still very new. After all, the first iPhone was only released 10 years ago…

Here is what we do know about cell phones.

Cell Phones Increase Stress… At Least in the Short Term

Imagine this: You are sitting with a friend in a coffee shop, waiting for another friend to arrive. Your phone vibrates it your pocket. You grab it, thinking your friend is texting because they are running late. Or maybe you aren’t thinking much more than: “What’s up on my phone?” In that moment, you are responding to your phone. Depending on how many notifications you have turned on with your phone and what apps you allow to send you push notifications, your phone might go off a little or a lot in a day, each time demanding a piece of your attention—even if you choose not to respond.

Here is another situation: Same coffee shop, this time neither of your friends are there yet. Now, your phone hasn’t made any sounds, it’s not vibrating in your pocket, but you check it anyway—in case your friend has texted you, or to see how many likes your recent Instagram post has, or just to be distracted from the fact that you are stuck waiting for a few minutes. Either way, you put your phone down just to check it again.

Compulsively checking your phone for updates puts your body in a state of stress.[3] The constant having to respond or wanting to know what’s new is a very new phenomenon, and our bodies aren’t wired for it—remember, the iPhone is only 10 years old! We are not used to being on call all the time, and it’s stressful.

If you feel like you are losing sleep to your cell phone, you are not alone. Cell phones have been implicated in impacting a variety of sleep measures. Much of this research has been done in teens, where teens report staying up at night to message friends.[3] Obviously, anything you are doing instead of sleeping (say reading mystery novels) is going to impact sleep; however, the impact of cell phones on sleep seems to go beyond the effects of reallocated time. Even students who used phones more during the day report being more tired than students who don’t.[3]

Beyond just reports of sleep, a few researchers have tried to discover how cell phones affect observable sleep differences like brain waves, cerebral blood flow, and rapid eye movement during sleep. So far, the research has been mixed, with some authors reporting no effects of cell phone frequencies and other showing that it’s taking people longer to fall asleep and changing the brain-wave patterns and eye movement during sleep.[3] However, so far no one has studied both brain changes and perception of sleep together.[3] We know that people that use phones report worse sleep, and that cell-phone use prior to sleep may affect how your brain functions during sleep, but the dots still need to be connected. 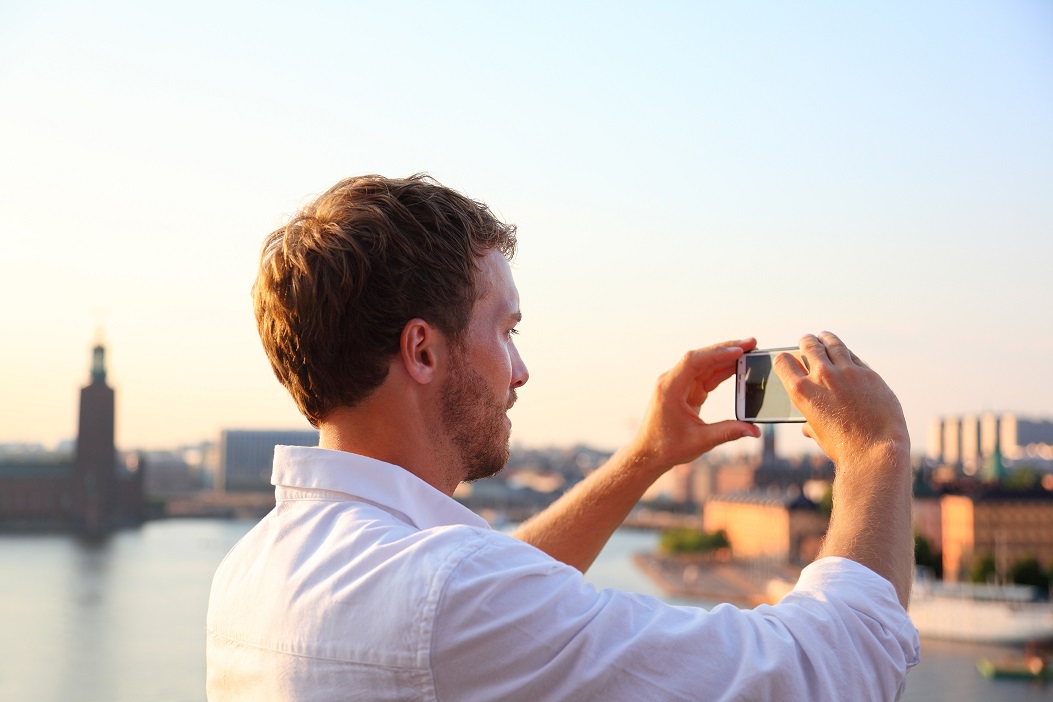 Cell Phones Take Your Attention, Even When You Try to Ignore Them

Attention is a hot topic right now. ADHD rates are increasing as we have more technology.[2] The average person’s attention span has decreased since the advent of smartphones.[1] Cell phones use alerts to get your attention. While you are using your phone, you are less attentive. This is why rules around distracted driving are in place, but the big concern is not just if your cell phone affects your attention in the moment, but if I can impact attention over time when you are away from your phone.[2] The problem with cell phones and attention is that even when we try to ignore them, they can still impact our attention. As a review article in Frontiers in Psychology on mobile technology habits and cognitive function notes: “Importantly, smartphones are capable of interfering with focused attention even when the user attempts to ignore them. […] Simply hearing the sound or feeling the vibration that signified the alert was enough to distract the participants and decrease their ability to focus attention on the primary task.”[2] Interestingly, it seems the cell phone need not even ring or vibrate to decrease attention. Other research has shown that the simple presence of a cell phone is enough to cause a decrease in attention during difficult tasks.[2] While short-term impacts of cell phones to attention are clear, the long-term results remain unknown. Away from a cell phone, does the user’s attention improve? This has yet to be determined.

Cell Phones Are Changing How We Use Our Memory, Which Might Be a Problem (or Could Be Fine)

While looking it up may be a reasonable adaptation to our information-dense and highly accessible world, what about our personal experiences? Research has shown that taking photos reduces memory for observed objects.[2] This is important because of how we use our cell phones to document moments of life with photos and videos to keep and share with friends.[2] By taking these photos, we may be decreasing our own memories of our life experience.

Cell phone use is certainly changing how we remember things, although how much of a problem that is remains to be seen.[2]

Cell Phones Are Habit-Forming and Possibly Addictive, Which Is a Problem Because Overusing Your Cell Phone Can Cause Other Health Problems

Whether or not you can be addicted, cell-phone behaviours are “addiction-like.”[3] Cell-phone users can display withdrawal from being away from their phone, have dependency on their phones to complete tasks, and exhibit tolerance, where more time on the cell phone is needed to receive the same enjoyment as previous levels.[3] Like other addictions, excessive cell-phone use can cause teens problems with their parents and interfere with school.[3] The Globe and Mail was spot-⁠on when they said cell phones were addictive, “if not in the contested clinical sense then for all intents and purposes.”[1]

Whether or not someone is addicted, overuse of cell phones can cause a lot of problems.[3][4] Importantly, cell phones have a major impact on mental health, putting excessive users at greater risk of depression, anxiety, and low self-esteem.[3][4] They also are placing strain on our physical health, with many individuals suffering from “text neck” from poor phone posture.[5] Overall, excessive cell-phone use has a significant impact on both physical and mental health, which is concerning for such a ubiquitous and possibly addictive technology.

So are cell phones making us “dumb, antisocial, and unhealthy”? Well, while impacts on cognitive function such as attention and memory seem to be impacted, I don’t know that I’d go so far as to say smartphones are making us dumb. However, the health impacts of excessive cell-phone use should not be underestimated. Lack of sleep, poor posture, increased exposure to stress, and increased risk for both anxiety and depression are not “nothing.” It would seem that cell phones, as we are currently using them, are having negative impacts on our health—especially to those who use them most. So, what can we do? 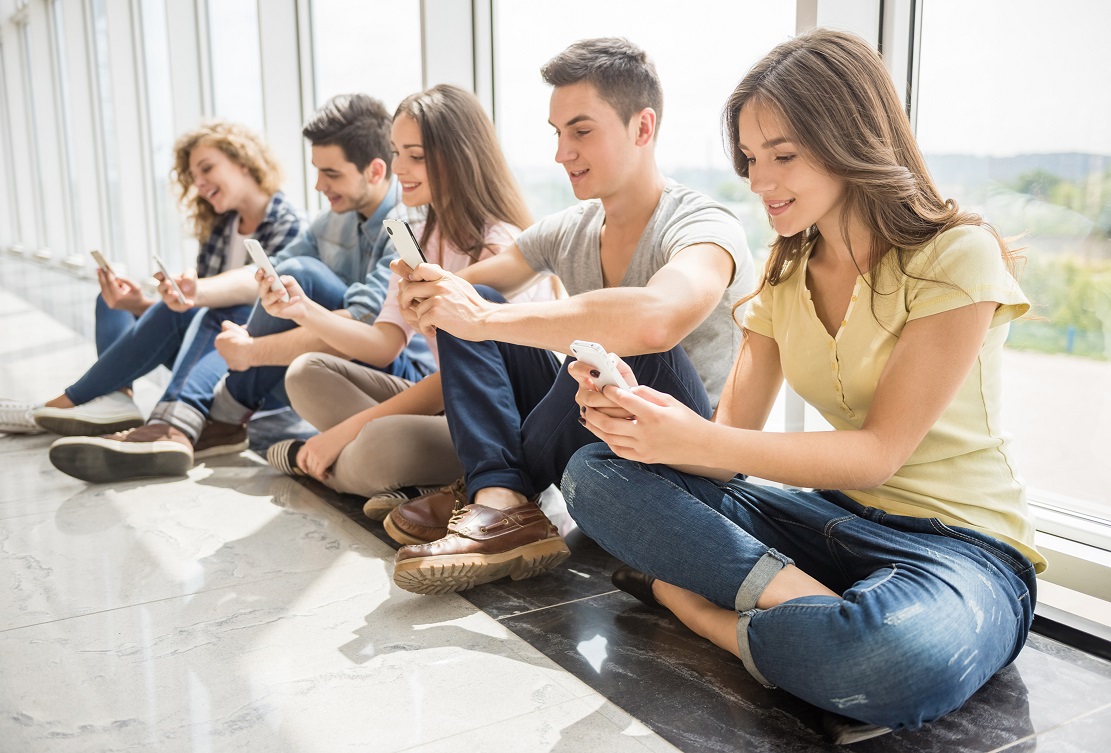 Considering everything discussed above, here are my common-sense recommendations regarding cell-phone use.

Keep Them Out of Your Bedroom. Put your phone away, somewhere away from your bed, before you go to sleep. Extra points for putting it away thirty minutes or more before bedtime.

Turn Off Your Notifications. As described above, every time your phone notifies you, it stresses your body out, even just for a moment. Why not remove as much of that stress as possible?

Keep Your Phone Further Away from You. If you are dependent on your phone, this might take some getting used to, but your attention will improve for it. Leave your phone in a bag or desk drawer instead of having it on your desk. Give it a spot by your door with your keys, and leave it there when you come home, rather than carrying it around all the time.

Be Mindful About Taking Pictures. Know that you may not remember something as well if you take a photo of it, and pay attention of how much of an event you are spending taking photos to just experiencing something.

Use Your Phone Less. Overuse of cell phones put you at risk of an assortment of physical and mental health concerns. Avoid this by making sure you are a more moderate cell-phone user.