Medium-chain triglycerides (MCTs) refer to triglycerides (i.e. fats) composed of fatty acids 7–12 carbons in length.[1] They are nutrients commonly obtained in the diet, especially in sources such as palm oil and coconut oil;[1][2] however, they are generally present in the diet at much lower amounts compared to the more common long-chain fatty acids (LCFAs). MCTs affect cellular energy metabolism; consequently, they are often used to complement the ketogenic diet, as well as in conditions where circumventing glucose metabolism may be therapeutic. MCTs have been shown to have neuroprotective effects and may help augment weight loss. Incredibly, some data even suggests benefits to the microbiome and intestinal health.[2]

MCTs engage in a nearly limitless number of processes at the cellular level. They have important roles in cellular signaling and have been observed to participate in cellular death and survival mechanisms. MCTs also have a direct effect on cellular metabolism. They modulate mitochondrial energy production by two mechanisms: They provide reducing equivalents to the respiratory chain and partly decrease efficacy of oxidative ATP synthesis.[1]

The digestion and absorption of MCTs differs dramatically from that of LCFAs. In the intestine, LCFAs form micelles, entering circulation by diffusing into the lymphatic system and circulating to all body tissues prior to arriving at the liver as part of a chylomicron remnant. LCFAs thereby bypass the liver and are delivered directly to other tissues first. On the other hand, MCTs enter the bloodstream directly and travel directly to the liver first (the portal circulation), where they are readily metabolized.[1]

From the liver, MCTs re‑enter the circulation bound to albumin or as free MCTs, and are thus taken more efficiently by the brain, muscles, and other tissues, without the requirement of LCFAs for fatty acid–binding proteins for uptake into extrahepatic tissues.[1] The simplicity of MCT transport and metabolism may be one of the reasons why supplementation with MCT attenuates conditions associated with defects in LCFA metabolism: For instance, in studies of animals deficient in one of the fatty acid transport proteins (CD36 protein), feeding a SCFA- and MCFA-rich diet eliminated increased glucose uptake, hyperinsulinemia, and heart hypertrophy,[1] and alleviated poor heart ischemic tolerance.[1] 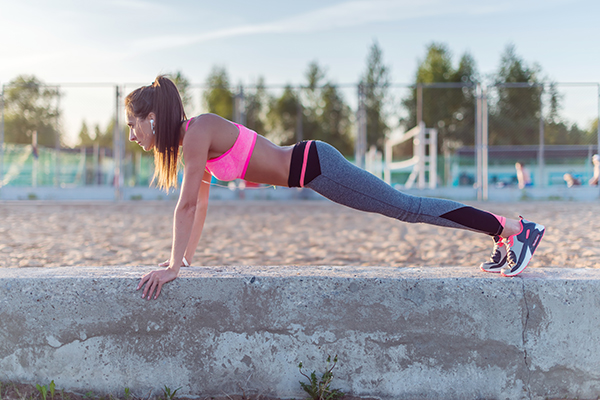 In the Liver and Mitochondria

In the mitochondria, MCTs possess similarly unique features. First, MCTs bypass the requirement for the l-carnitine transporter to shuttle them into the inner mitochondrial matrix—they instead are capable of entering the inner mitochondrial matrix through diffusion, and are rapidly converted to their coenzyme A (CoA) derivatives and ready to enter beta oxidation more quickly.[1] Secondly, unlike LCFAs, whose metabolism is reduced under conditions of a low-fat, high-carbohydrate diet, MCT oxidation is not affected by diet composition. Therefore, as MCTs go though beta oxidation in the liver, an excess of acetyl‑CoA is generated, which can then be used in the production of ketones (mostly acetoacetate and β‑hydroxybutyrate) to fuel other tissues. MCTs are more ketogenic than LCFAs.

Thirdly, as they are metabolized through beta oxidation, MCTs also have a lower energy content than LCFAs (8.4 v. 9.2 kcal/g), thereby reducing body-fat mass and enhancing the insulin sensitivity of tissues.[1] Finally, in the liver, MCTs such as caprylic acid have been shown to exert a pseudo-uncoupling effect, basically using up or “wasting” ATP in intramitochondrial reactions.[1] Also in the liver, MCTs inhibit glycolysis and exert glucose-sparing activity, while other MCTs such as capric acid exhibit glycolysis-stimulating activity and release of lactate in astrocytes (brain cells).[1] Since lactate is a fuel in the brain, this may be beneficial in a variety of neurological conditions.

Through these mechanisms—rapid delivery and cellular uptake of MCTs, rapid entry into inner mitochondrial matrix, but decreased efficacy of oxidative ATP synthesis—MCTs have a direct and well-defined effect on weight loss.

A number of studies have demonstrated the weight loss–enhancing effect of MCTs. A 2015 meta-analysis evaluated 13 randomized controlled trials and 749 participants. Results showed that, compared with long-chain triglycerides, MCTs decreased body weight (−0.51 kg), waist circumference (−1.46 cm), hip circumference (−0.79 cm), total body fat, total subcutaneous fat, and visceral fat.[3] Similar results were found in a meta-analysis by Bueno as well.[4] A clinical trial of 49 overweight men and women compared the effects of consuming either 18–24 g/d of MCT oil or olive oil as part of a weight-loss program for 16 weeks.[5] At the end of this period, subjects consuming MCT oil obtained on average 1.67 kg greater decrease in body weight compared to subjects consuming olive oil.[5] 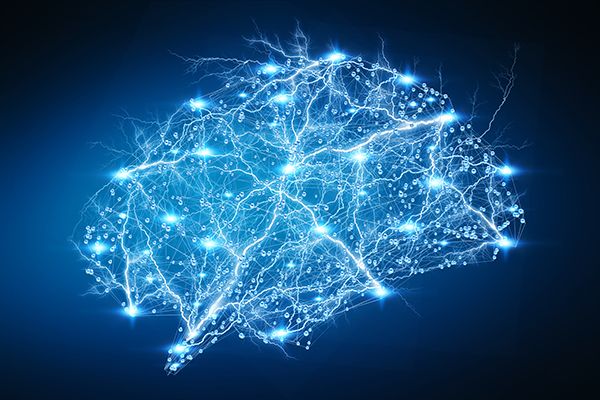 MCTs also seem to be particularly relevant for neuronal tissues as well as other high-energy tissues such as muscles, the heart, and the liver.[1] MCTs can readily cross the blood-brain barrier, so they can act as a fuel for the brain.[1] As described above, MCTs also convert more rapidly to ketones compared to LCFAs, and promote glycolysis and lactate fuel in the brain. Other proposed mechanisms include:

MCT oil supplementation has also been shown to improve cognitive function in the elderly. A 2017 randomized controlled trial administered one of three treatments to 38 elderly subjects with an average age of 86 years.[7] One group received a combination of MCT oil (6 g/d), vitamin D (800 IU), and leucine amino acid (1.2 g/d). The second group received vitamin D and leucine, along with long-chain triglyceride oil, while the third group received no supplements. After three months, the MCT oil group improved in their Mini-Mental State Examination (MMSE) score by 10.6% and the Nishimura geriatric rating scale for mental status (NM scale) score by 30.6%.[7]

By comparison, the other two groups experienced a decrease in the NM scale performance by 11.2% in the group receiving leucine and vitamin D, and by 26.1% in the control group.

Another study, a prospective trial in patients with mild-to-moderate Alzheimer’s disease, found that supplementation with 20 g MCT oil daily for three months showed no results overall; however, there was an improvement in cognitive function in a subset of patients identified as those lacking the APOE4 allele.[8] Similar studies in mild-to-moderate Alzheimer’s disease and in patients with mild cognitive impairment (MCI) found that MCTs enhanced memory function.[9][10] Another study administered 40 ml of coconut oil (rich in MCTs) to cognitively impaired elderly and not only found improvements in cognition, but that these effects were greater in patients without type 2 diabetes;[11] an interesting finding, given that some have dubbed Alzheimer’s disease “type 3 diabetes.”[12]

A less-studied but equally intriguing area of research is the effect of MCTs on digestive function. Studies have shown that, while long-chain triglycerides had no effect on bowel transit time,[13][14] administration of MCTs increased transit time. A recent review suggested that supplements of MCT may have beneficial effect of gut microbiota and beneficially modify metabolic parameters in obese individuals.[2] In mice, supplementation with medium-chain fatty acids (MCFAs) resulted in decreasing body-weight gain, and optimizing serum lipids and liver triglyceride content.[15] Supplementation of MCFAs impacted the expression of genes-encoding enzymes for fatty-acid degradation (increased expression) for de novo fatty acid biosynthesis (decreased expression). Finally, ingestion of MCFAs decreased the ratio of Firmicutes to Bacteroidetes, and decreased Proteobacteria content which may also promote weight loss.[15] Another study in piglets found that MCFAs exerted modest effects on gut microbiota.[16] More research is necessary in this area.