Irritable Bowel Syndrome and the Role of Probiotics

Irritable bowel syndrome (IBS) is a functional disorder of the digestive system, specifically the intestines, that results in symptoms of chronic diarrhea and/or constipation, bloating, and abdominal pain. IBS is thought to affect approximately 10–20% of the population in Western countries, and is most common among younger to middle-aged women.[1] There is no diagnostic test for IBS, and the diagnosis is typically made based on symptoms,[2] and after ruling out more serious bowel problems such as inflammatory bowel disease, which may be visualized through a colonoscopy. Symptoms of IBS go through periods of flare and relative quiescence, influenced by factors such as psychological stress, diet, previous gastrointestinal infection, and even other circadian patterns such as sleep; for instance, rates of IBS are significantly increased among shift workers.[3] In addition, patients with IBS have been found to exhibit altered gut permeability as well as altered bacterial flora.[2][4] Medical treatments for IBS are limited.[2] It has been proposed that probiotics may represent a safe and effective treatment option.

First, patients with irritable bowel syndrome exhibit increased intestinal permeability.[2] Known commonly as “leaky gut,” increased intestinal permeability means that the cells responsible for intestinal barrier function can no longer effectively keep out certain types of food particles. As these enter the intestinal tissue and local bloodstream, they are responsible for triggering symptoms of IBS, either through an immune response or through simple irritation of the tissues. One study showed that as many as 64% of patients with diarrhea-dominant IBS had increased small bowel permeability based on the lactulose/mannitol test.[5]

This study also showed that supplementation with probiotics can normalize intestinal permeability in a large percentage of these patients: After four weeks of treatment with a probiotic formula containing Streptococcus thermophilus, Lactobacillus bulgaricus, L. acidophilus, and Bifidobacterium longum, the percentage of patients with increased intestinal permeability was reduced from 64% to 28%.[5] Importantly, this was associated with a concomitant decrease in IBS symptoms.

Another study in children with IBS or functional abdominal pain found that 59% of children exhibited increased small intestinal permeability.[6] Twelve weeks of treatment with Lactobacillus rhamnosus GG (LGG) was associated with a “significant decrease in the number of patients with abnormal results from the intestinal permeability testing.”[6] This was not observed in the placebo group. Again, the improvement in intestinal permeability was accompanied by an improvement in IBS symptoms: “LGG, but not placebo, caused a significant reduction of both frequency (p < .01) and severity (p < .01) of abdominal pain.”[6]

In addition to alterations of intestinal barrier function (which may be improved by probiotics), patients with IBS demonstrate altered gut microbiota.[2] “Dysbiosis” refers to a relative imbalance among the dominant bacterial and/or yeast species inhabiting the gut. This could be characterized as a qualitative alteration.[2] Other alterations in gut flora may be quantitative, that is, an overgrowth of otherwise normal bacteria.[2] This describes what may occur in small intestinal bacterial overgrowth (SIBO). While it is normal and healthy for the large intestine to harbor billions of bacteria, the small intestine has relatively fewer, under healthy circumstances. In SIBO, the number of bacteria in the small intestine become greatly increased, resulting in symptoms of IBS such as bloating, pain, and altered bowel habits. Probiotic supplementation is an important strategy in restoring and maintaining a healthy profile of the gut flora. 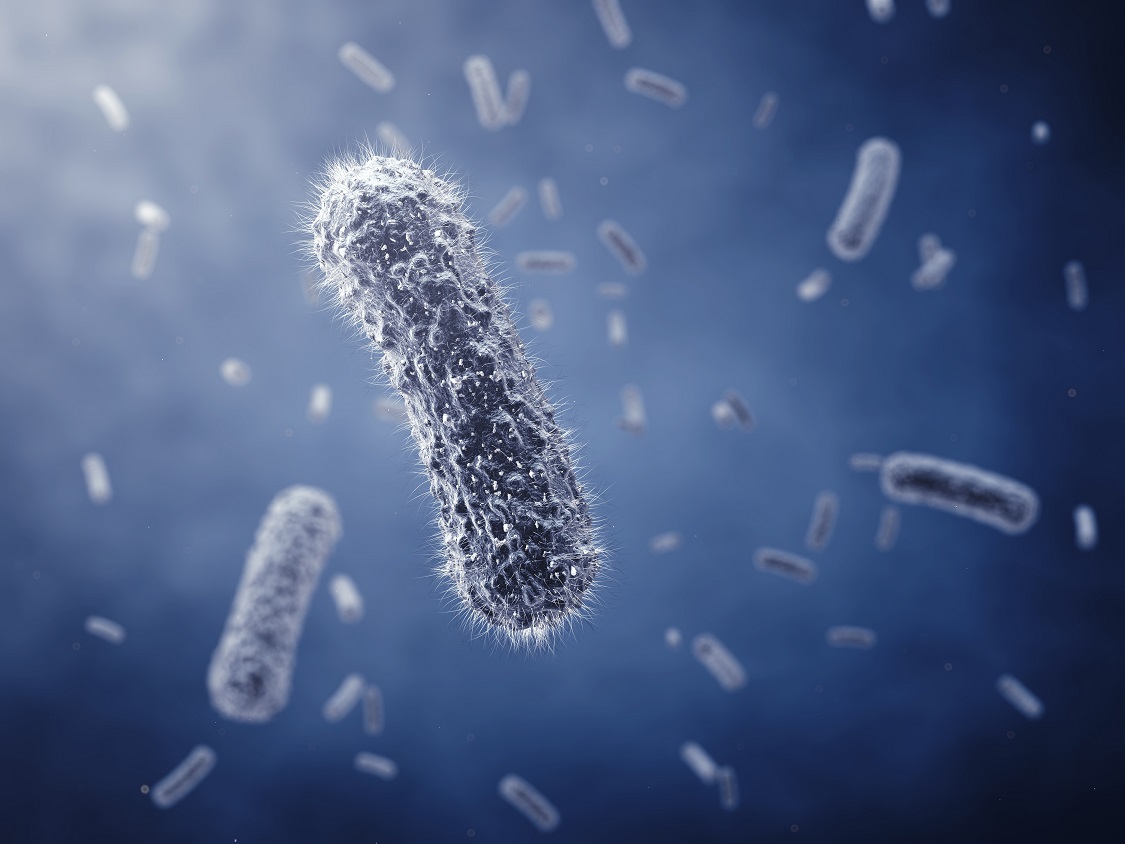 Many studies have clearly demonstrated high rates of dysbiosis among patients with IBS. A 2018 review summarized this data by suggesting that in IBS there is a “relative abundance of proinflammatory bacterial species including Enterobacteriaceae, with a corresponding reduction in Lactobacillus and Bifidobacterium.”[2] Lactobacillus and Bifidobacterium species have important roles in maintaining intestinal health: Production of bacteriocins, molecules that kill infectious organisms such as Salmonella and Listeria; and promotion of a more tolerant immune response through interaction with dendritic cells in the gut.[2] Other species that are decreased in IBS, such as Bifidobacterium and others, have a role in producing short-chain fatty acids, which are an important fuel for intestinal cells (enterocytes).[2]

A randomized, double-blind, placebo-controlled trial examined the effect of probiotic supplementation on both the microbiome and IBS symptoms.[7] The study assessed 150 patients with constipation-dominant IBS who received one of two oral probiotics or a placebo for two months. The three treatment groups received: 1) L. acidophilus and L. reuteri; 2) L. plantarum, L. rhamnosus, and B. animalis ssp. lactis; and 3) placebo. Both groups receiving probiotics experienced a significant reduction in their symptoms compared to the placebo group. These symptoms included bloating, abdominal pain, constipation, abdominal cramps, and flatulence. Analysis of the fecal microbiome indicated that there was a significant increase in the species of bacteria being supplemented, in both treatment groups, while this was not seen in the placebo group.

Another randomized, double-blind, placebo-controlled trial evaluated 49 patients with IBS.[8] Patients were randomized to receive a probiotic for four weeks (Bifidobacterium longum, B. bifidum, B. lactis, Lactobacillus acidophilus, L. rhamnosus, and Streptococcus thermophilus), or placebo. After four weeks, 68% of patients receiving probiotics—but only 37% of patients receiving placebo—reported that their IBS symptoms were “substantially relieved”.[8] Meanwhile, fecal analysis indicated that B. lactis, L. rhamnosus, and S. thermophilus increased significantly in the probiotics group, while only B. lactis had increased in the placebo group, after four weeks. These studies suggest that supplementation with probiotics may improve dysbiosis associated with IBS as well as ameliorate IBS symptoms. 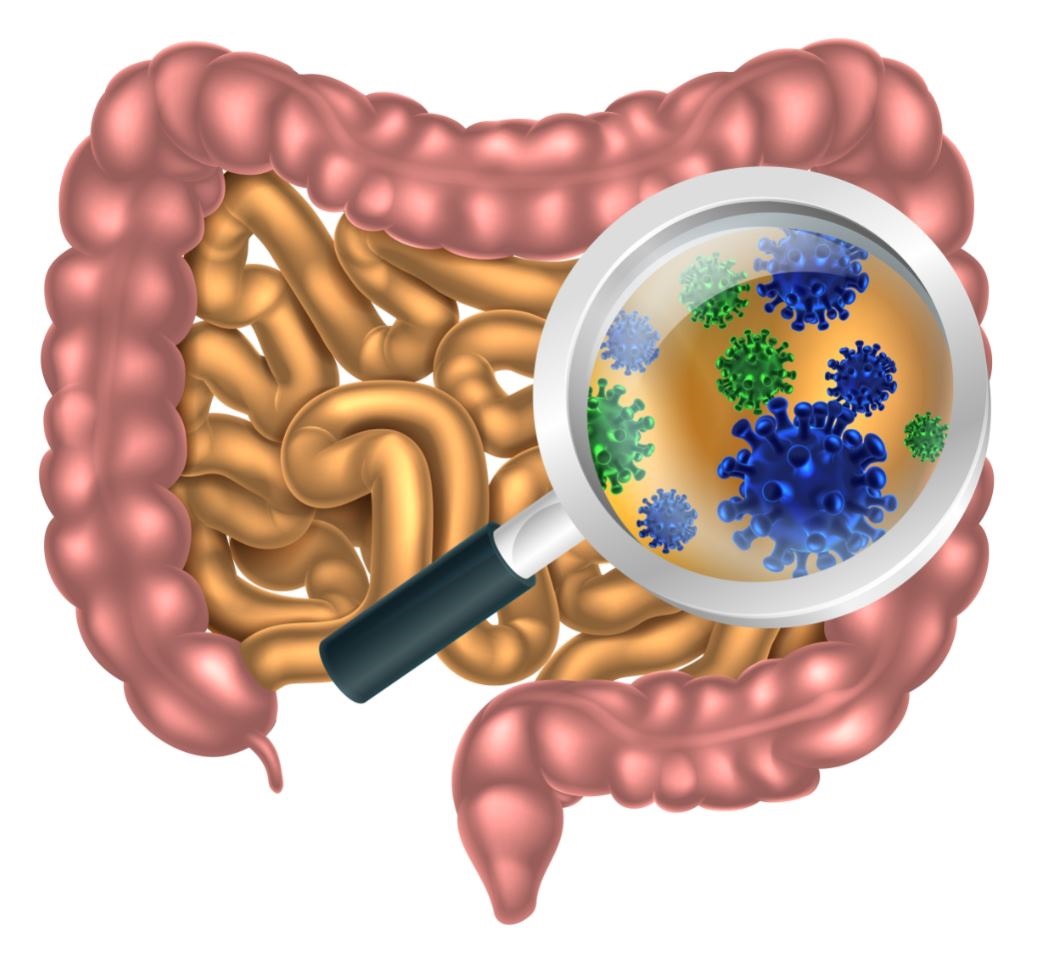 With respect to bacterial overgrowth, one study found that up to 46% of patients with IBS also had evidence of small intestinal bacterial overgrowth (SIBO).[9] This was diagnosed through a glucose breath test. Similar results were reported in another study, that found SIBO in 45% of IBS patients, tested with a lactulose breath test.[10] A small trial found that supplementing IBS patients who also had SIBO with Lactobacillus casei for six weeks resulted in an improvement of SIBO parameters (decrease in hydrogen gas on the SIBO breath test, indicating less fermentation).[11] This was accompanied by a 55% decrease in overall IBS symptoms among those subjects who started the study with a moderate degree of SIBO. Beyond this study in patients with IBS who had SIBO, there are further studies in patients not diagnosed with IBS but who had SIBO and who experienced benefit with probiotic supplementation.[12][13]

IBS is a multifactorial condition, and achieving the best treatment outcome depends on accurately assessing and modifying all contributing factors including stress, diet, sleep, and others. Nonetheless, data indicates that most IBS sufferers are characterized by various alterations of the intestinal barrier function and gut microbiome, and these may be a common point of intervention. Probiotic supplementation may correct these alterations. Human studies demonstrate that probiotic supplementation improves symptoms of IBS. Given their safety and scientific evidence, probiotics may be a good emerging treatment strategy for managing IBS.

Our unique, high-potency, broad-spectrum formula features an exclusive blend of human-sourced probiotics proven to colonize within the intestines for great health benefits.