Ferriprive Anemia: When Iron Supplementation Does Not Resolve Iron-Deficiency Anemia

Many of us have some familiarity with iron deficiency, whether we have experienced it personally or know someone who is deficient; it is the most common cause of anemia.[1] Those who are experiencing varying levels of iron deficiency typically report feelings of fatigue, loss of stamina when engaged in exercise, shortness of breath, weakness, hair loss, dizziness, and restless leg syndrome, among other symptoms.[2], [3]

Identifying and addressing the most likely causes for iron deficiency are essential. Here are some common causes:

Before we delve into how copper aids in iron utilization, let’s do a brief review of iron metabolism.

There are two primary sources of iron: heme and non-heme iron. Heme iron bound to a protein, heme, which is obtained through the consumption of animal products. Non-heme iron is obtained through either iron-fortified foods or plant sources. For absorption of iron, which occurs in the distal portions of the small intestine (first the ileum, then the jejunum), iron needs to either be bound to heme or, for non-heme iron, to be chemically converted prior to absorption. The chemical conversion of non-heme iron occurs primarily with exposure to stomach acid.[6]

Once iron is in its absorbable form, it crosses the wall of the small intestine via the absorptive cell, known as an enterocyte. Before iron enters the bloodstream via the blood protein transferrin to the bone marrow for manufacture of new red blood cells, iron needs to be chemically modified again, via a process known as oxidation. The oxidation of iron inside the enterocyte is essential for iron utilization, and this is where our gatekeeper, copper, comes into play.

The Role of Copper in Iron Utilization

For iron that has been absorbed by the enterocytes constituting the brush borders of the intestinal lining, to continue its way into the bloodstream for transportation to its destination, oxidation is required. Two enzymes present inside the enterocyte are involved in oxidation of iron—both of which contain the mineral copper. Ceruloplasmin and hephaestin are found on the basal border of the enterocyte and permit the chemical conversion of iron, which allows iron to cross that border and enter the bloodstream. Without sufficient copper, these enzymes will be unable to function efficiently, and iron will barely make it into the bloodstream for delivery to its target tissue.

Given our discussion on the pivotal role of copper in iron absorption, those people currently experiencing iron deficiency may be inclined to start a course of supplementation of both iron as well as copper. Copper supplementation may be a crucial piece to unlocking and accessing dietary iron. However, both iron and copper are minerals that can fuel inflammatory response in certain conditions and, as such, beginning a course of supplementation should be done with caution. With the large number of factors that can influence iron status, as well as the potential for underlying inflammation, it is of paramount importance to have a thorough assessment with your primary health-care provider to determine what is contributing to your iron insufficiency, and to determine whether copper supplementation is appropriate for you. 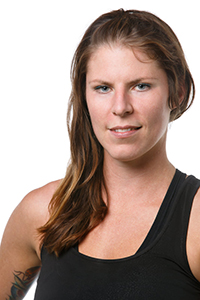 Dr. Colleen Hartwick is a licensed naturopathic physician practising on North Vancouver Island, BC, with a special interest in trauma as it plays a role in disease.

New Roots Herbal’s Iron Bisglycinate is an amino-acid chelate for maximum bioavailability and is free from common side effects of sore stomach, constipation, diarrhea, and cramps.