Our eyes and our sense of vision are extremely important to quality of life. As we age, our eyes tend to deteriorate, not only with regards to acuity, but also with regards to overall health. Two quite common conditions cause problems with vision. These conditions are presented below.

Age-related macular degeneration (AMD) is a common eye condition and can cause vision loss in the elderly. It causes damage to the macula, a small spot near the center of the retina (example pictured above). The macula is the most sensitive part of the retina and it is involved in the management of sharp central vision. AMD affects more than 10 million people in the United States, which is more than cataracts and glaucoma combined.[1] It is currently considered to be incurable.

AMD sometimes progresses slowly, and so vision loss may not occur for an extended period of time. Other times, it progresses more quickly. A blurred area near the center of vision is a common symptom, so depending on progression, it can become extremely difficult to see properly. Things may not look as bright as they used to be. The loss of central vision can interfere with everyday activities, so it’s important to address it as soon as possible.

When the macula is working well, it collects detailed images and sends them up the optic nerve to the brain to create the perception of sight. In the early stages, macular degeneration actually doesn’t affect vision. Only later on if it progresses does it cause wavy or blurry vision. There are a couple of different types of AMD, called wet and dry. The majority of cases are dry, which means they don’t cause exudate.[1] 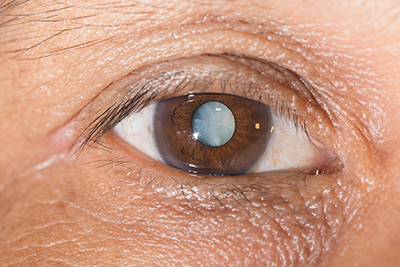 A cataract is a clouding of the lens in the eye. The lens is a clear part of the eye that helps to focus light on the retina. The retina is the tissue at the back of the eye. Normally, light passes through the transparent lens to the retina, where light is changed into nerve signals that are sent to the brain. The lens must be clear for the retina to receive a clean and sharp image. If the lens is cloudy from a cataract, the image you see could be blurry.

Cataract symptoms can also include difficulty with night vision, sensitivity to light, the fading of colours, and even double vision in one eye. Most cataracts are related to aging.[2] Aside from aging, cataracts can also develop after surgery from other eye problems like glaucoma.

They are sometimes linked to steroid use. They can develop after injuries and potentially after some types of radiation.[2] This article will review the causes and risk factors of these conditions, the conventional treatments, and the naturopathic alternatives.

The risk of AMD increases with age. It’s most likely to occur in those over the age of 55.[1] Additional risk factors are genetics; those with a family history of AMD or poor eye health are at higher risk. Smoking is also an extremely important risk factor and by itself doubles the risk of AMD.

Some cataracts are related to genetic disorders. They can also be linked to other conditions such as diabetes.[3] As we age, the lens in our eyes become less flexible, more transparent, and thicker. The tissues in the lens break down and clump together, causing clouding, and the clouding worsens over time. Excessive alcohol consumption increases the risk of having cataracts. Excessive exposure to sunlight also increases the risk of cataracts. Many metabolic conditions cause an increased risk, such as high blood pressure and obesity. Like with AMD, smoking is a risk factor. 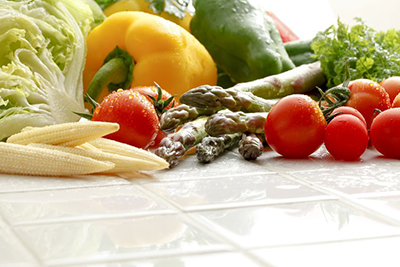 There is no treatment available for early AMD.[4] However, it can be possibly prevented by exercising, avoiding smoking, and eating a healthy diet (that includes green leafy vegetables and fish). In the intermediate and later stages of AMD, studies have shown that the daily intake of high-dose vitamins and minerals can slow progression of the disease.[5]

Two large trials, called AREDS and AREDS2, investigated the impact of the nutritional supplements. The first one found that vitamin C, vitamin E, beta‑carotene, zinc, and copper can reduce the risk of late AMD by 25%. The second one found that adding additional items did not help, but that replacing beta‑carotene with a mixture of lutein and zeaxanthin (which we’ll discuss below) may further reduce the risk.[4] Adding nutritional supplements do not cure AMD but may delay the onset of late AMD.

Other conventional treatments include injections, photodynamic therapy, and laser surgery.[4] Injections consist of anti-VEGF. VEGF is a protein that promotes the growth of new abnormal blood vessels. Usually, multiple monthly injections are required. There are also anti-VEGF drugs. Photodynamic therapy uses a laser to activate a drug that helps with AMD. Laser surgery attempts to destroy abnormal blood vessels.

Cataracts can be delayed by wearing sunglasses and a hat to block ultraviolet sunlight. Smoking cessation can help. Similar to AMD, a healthy diet with vegetables, fruit, and other antioxidant-containing foods can help protect vision.[3] Cataracts can be treated with some external factors, such as new eyeglasses and using brighter lights. A cataract eventually needs to be removed when vision loss interferes with activities of living. Cataract surgery is the gold standard for cataract removal.

Healthy diet and lifestyle suggestions can be reinforced by your naturopathic doctor. These include the reduction or elimination of smoking and alcohol consumption, as well as incorporating a diet with many antioxidants. From a supplement perspective, many herbs and vitamins that could be useful, in addition to those mentioned previously in the AREDS studies.

Lutein and zeaxanthin are the only carotenoids found in the macula. Numerous studies have shown that they can provide significant protection against the potential damage caused by light striking the macula. They act as antioxidants to protect against the formation of reactive oxygen species and free radicals.[6] 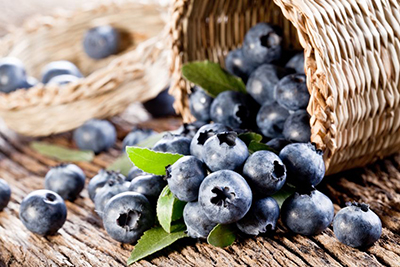 Bilberry is a herb that is indicated in visual disturbances or poor vision, cataracts, and macular degeneration as well as other eye conditions. Bilberries have been used as food and for their high nutritive value, as they contain multiple vitamins. Bilberry also contains anthocyanins, which are antioxidants and can protect the eye. Blueberry is also rich in anthocyanins and exerts antioxidant effects, improves vascular function, protects cells against oxidative stress, and promotes healthy vessel function. Studies have shown that, among other helpful properties, blueberries can prevent DNA damage.[7]

AMD and cataracts are two important causes of vision loss. Risk factors include genetics, diet, and lifestyle. Although genetics are not modifiable, diet and lifestyle can be optimized by quitting smoking and decreasing alcohol intake. There are multiple conventional treatments, including surgery, drugs, and laser treatments. There are also numerous naturopathic treatments, including vitamins and antioxidants, all of which are supported by large studies.