Premenstrual symptoms affect up to 80% of women.[1] For many, these symptoms are bothersome but do not necessarily impact their daily functioning. Premenstrual syndrome (PMS), however, affects up to 20% of women.[2] This diagnosis is defined by a woman’s experience of at least one physical and one psychiatric symptom each month in the second half of her cycle (7–14 days before her period), that alleviate with or shortly after the onset of menses.[3] These symptoms must also interfere with her daily functioning in some way.[4] A smaller percentage of women (closer to 1–5%) are diagnosed with a more severe form of PMS, premenstrual dysphoric disorder (PMDD), where mood symptoms are significant and dominant.[5]

It’s been reported that women who regularly experience PMS must take more time away from work, have higher medical expenses, and have an overall lower quality of life.[6] There is still limited understanding as to the exact causes and underlying issues that lead some women to experience PMS over others. Initially, it was assumed premenstrual symptoms must be the result of female sex hormones. Both estrogen and progesterone play roles in regulating neurotransmitters such as dopamine, gamma-aminobutyric acid (GABA), and serotonin, which can impact mood and cognition, as well as influence fluid retention in the body, which may contribute to common premenstrual symptoms such as bloating, breast tenderness, and swelling.[7] However, studies have not been able to find that women with PMS have lower or higher levels of estrogen or progesterone when compared to women who do not experience PMS. This has led to the understanding that it must be the relative changes in hormone levels, and how sensitive some women are to these changes that occur premenstrually, that contributes to PMS.[8] Studies have also found that some micronutrient deficiencies are also present in many women with PMS, and supplementing or increasing dietary intake of such nutrients can improve symptoms.[9]

It is important, before diagnosing a woman with PMS, that other conditions are ruled out, as many other underlying health conditions will aggravate in the premenstrual period.[10] It is essential to distinguish that PMS-type symptoms are only occurring in the luteal phase, and not that they are present (to some degree) most of the month, but exacerbate significantly in the premenstrual period. Any other health condition (e.g. depression, anxiety, blood sugar dysregulation) should be addressed and treated first, before treating for PMS alone.

Conventional options for managing PMS include oral contraceptives, which suppress a woman’s own production of estrogen and progesterone (replacing them with synthetic forms), as well as antidepressants (primarily selective serotonin reuptake inhibitors [SSRIs]).[11] These can both be effective options; however, many women may experience undesirable side effects or do not tolerate these medications well, and they may be contraindicated to use in others.[12] Cognitive behaviour therapy (CBT) has also been studied and reported to be an effective option, although it can be time-intensive for many. Around 80% of women who do experience PMS will seek out alternative or complementary treatments.[13] A number of reportedly effective “natural” options, such as specific nutrients, herbs, or acupuncture, may be useful in many cases. 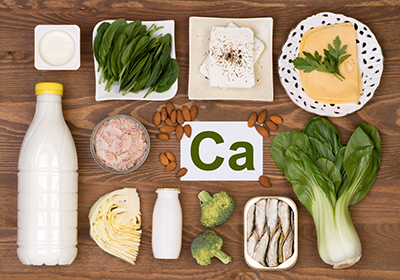 Calcium is one of the best-researched and ‑supported alternative interventions for PMS.[14] Calcium levels appear to be lower in women with PMS, and levels also appear to fluctuate over the menstrual cycle, decreasing premenstrually.[15] Lower levels have been associated with common PMS symptoms such as depression and restlessness. Increasing calcium levels in women—whether through diet, supplements, or a combination of both—has been repeatedly shown to lessen the severity and number of PMS symptoms women experience.[16][17]

More understanding has recently been uncovered about some of the roles of vitamin D in female reproductive health and fertility.[18] Similarly to calcium, vitamin D serum levels also seem to fluctuate during the menstrual cycle, dropping in the luteal phase, which is what initially led to the belief that lower levels may contribute to symptoms.[19] Supplementing vitamin D has also been shown to improve PMS symptoms in a few studies. In one trial, adolescent females were given a high dose (50,000 IU) of vitamin D weekly, over nine weeks, to assess it’s effect on PMS symptoms as well as period-related pain (dysmenorrhea).[20] The prevalence of PMS dropped from 14 to four percent in the vitamin D group, and there was also an improvement in backache, tendency to cry easily, and decreased severity of period-related pain (dysmenorrhea).[21]

Magnesium supplementation has also been shown to be effective for many PMS symptoms, although evidence is more robust for calcium.[22] Magnesium may be worth considering in cases of menstrual migraines or where low mood and fluid retention are predominant.[23] Magnesium used in combination with vitamin B6 has also been investigated. A study comparing magnesium alone, vitamin B6 alone, the combination of both, and a placebo found that over a two-month period, the combination of magnesium and vitamin B6 provided the greatest and most significant reduction in PMS.[24]

There are a number of studies and larger review articles examining the use of vitamin B6, also known as pyridoxine, on PMS. While many studies are small or of low quality, there does seem to be an overall benefit. A daily dose of 100 mg over a three-month period in one trial reduced PMS symptoms to a significantly greater degree than placebo and the prescription drug bromocriptine (which affects hormone levels). It is not recommended to exceed a daily dose of 100 mg (as there can be neurological side effects), and other studies have found benefit with using a lower dose around 40–50 mg.

Interestingly, another observational study followed women over a number of years, assessing their dietary intake of all the B vitamins and risk of PMS. They found no correlation between vitamin B6 intake and the risk of developing PMS, but did find that women who consumed high levels of vitamin B1 (thiamine) and vitamin B2 (riboflavin) had a lower incidence of PMS (after controlling for other factors such as dietary intake of calcium and vitamin D).[25] It was suggested including two to three servings of vitamin B1–rich foods (e.g. fortified cereals, legumes, nuts, red meats) a day and one to two servings of vitamin B2–rich foods (e.g. fortified cereals, cow’s milk, soy milk, spinach, red meat) each day would provide the levels of these B vitamins that appeared to reduce PMS risk.[26] 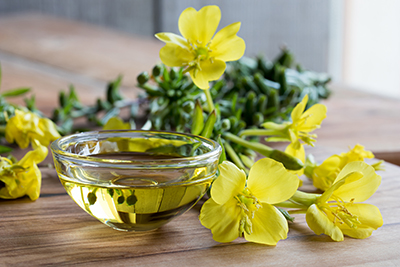 This is a common supplement suggested to be beneficial for many female health concerns. EPO is rich in the omega‑6 fatty acid gamma-linoleic acid (GLA).[27] Research studies provide some mixed results when it comes to the effectiveness of EPO for PMS, but the majority do show a benefit. One study of 80 women, using 1.5 g a day for three months, significantly reduced the severity of PMS symptoms compared to placebo.[28] Other studies have shown a benefit when used for six to twelve months, and some when used in conjunction with vitamin E. EPO may be more specifically effective in cases were cyclic mastalgia (breast pain or tenderness) is present.[29] A deficiency in GLA can make breast tissue more sensitive to female sex hormones, which causes pain and tenderness.[30] A dose of 500 mg, given twice a day over the course of three months, was shown in one study to be equally effective in reducing breast pain compared to a prescription drug, Danazol.[31] There was a much lower rate of distressing adverse effects in the women who were given EPO compared to those given Danazol.[32]

Other fatty acids (omega‑3 fatty acids) from fish oil have also been studied for their use in PMS. One gram a day of total fish oil was able to significantly reduce both physical and mental symptoms of PMS in one study, compared to placebo.[33] In another study, women were supplemented two grams per day of fish oil. After one and half months, improvements were significant in ratings of premenstrual anxiety, depression, lack of concentration, and bloating.[34] After three months, further improvements in those symptoms were noted, along with lower nervousness, headaches, and breast tenderness.[35] 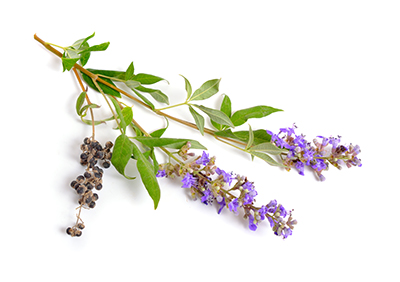 A number of herbs have been studied for their use in PMS and specific menstrual-related symptoms. One that seems to consistently show some benefit for a wide range of PMS symptoms is chastetree (Vitex agnus-castus). A systematic review concluded Vitex is effective at reducing the frequency and severity of many PMS symptoms when used for two to three cycles.[36] It appeared to be better than vitamin B6 in one case, although not as effective as the antidepressant fluoxetine.[37]

There are many options when it comes to the treatment of PMS through natural supplementation. Lifestyle changes such as stress management, regular exercise, and smoking cessation may also be useful, although research is limited.[38] Some nutrients appear to be more effective for specific symptoms, such as EPO for breast tenderness, magnesium for migraines, or omega‑3s for addressing premenstrual anxiety and depression. Many of these beneficial nutrients and compounds can also be obtained through diet—increasing consumption of leafy green vegetables, nuts, and seeds can provide more calcium and magnesium, and increasing consumption of fish and seafood can help attain more omega‑3 fatty acids. Making some simple dietary changes may be a very simple and effective place to start for many women. From there, taking an individualized approach to selecting other supplements, based on predominant symptoms and individual needs, would allow for the best outcomes. 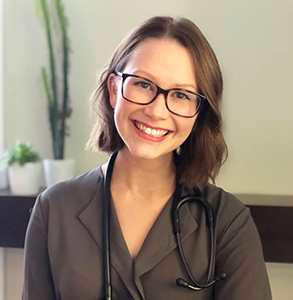