The Evolution of the Heart-Healthy Diet

Foods that work for weight loss, diabetes, and cardiovascular disease 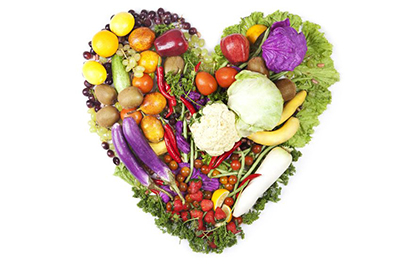 What is a “Heart-Healthy Diet”?

The evolution of what is considered to be a “heart-healthy diet” has undergone a long process of development. For instance, we have the low-fat diet, the glycemic-index diet, the Mediterranean diet, and the low-carbohydrate diet. Each seems to have its own strengths, but this makes following an over-arching “heart-healthy diet” confusing. In this series, we take a closer look at commonalities and differences between these dietary patterns, defining an underlying bottom-line. We will explore some of the most commonly recommended diets for cardiovascular health, diabetes, and weight loss, and will critically evaluate the health outcomes and limitations of each. Buckle up!

For a long time we had it wrong. We thought that fat was the problem. We heard again and again that saturated fats and cholesterol are bad for your heart. “Avoid high-fat foods to lose weight” was what was preached for years. In retrospect, the evidence in support of a low-fat diet for heart health is questionable.[1][2] A low-fat, high-carbohydrate diet may even have a negative impact on cholesterol and blood-sugar levels, worsening cardiovascular risk, especially in individuals with diabetes.[2] Now we know about “healthy fats.”

The concept of dietary glycemic index (GI) was first introduced by Dr. David J. Jenkins and his colleagues from the University of Toronto in the 1980s.[3] Foods are ranked based on their ability to raise glucose levels (blood sugar) when they are metabolized. White sugar gets the highest score (100), and all other foods are assigned values comparatively. Foods which are higher in protein or fat will take longer to be broken down, and will therefore have a lower GI. The term ‘glycemic load’ (GL) was later introduced to provide a more accurate prediction of the glucose-raising effect of each food, based on a typical serving size.[4] The GL is calculated by multiplying the GI by the carbohydrate content per serving.

Applying the GI concept means consuming primarily low-GI foods as well as eating smaller, more frequent meals to encourage healthy maintenance of blood sugar levels — an essential goal for diabetics but also important for anyone looking to lose weight or avoid food cravings. A sample of some common foods and their GI classification can be found in the table below.[4]

The GI diet has been the subject of much clinical study. The benefits of a low-GI diet for diabetics have been consistently reported,[5][6][7] even when compared to a conventional diabetes diet.[8] Conversely, a high-GI diet has repeatedly been shown to increase the risk for cardiovascular disease in multiple large-scale, long-term trials or published reviews.[9][10][11][12] A Cochrane review highlighted the evidence for weight loss among overweight or obese individuals and found the decrease in body mass, total fat mass, and body mass index (BMI) to be significantly greater in participants on a low GI diet.[13] Even when the number of calories was not restricted, the low-GI-diet group fared as well or better than the comparison study group who followed a more conventional, energy-restricted, low-fat diet.[13] This review also noted the beneficial effect of the low-GI diet on blood lipid parameters. Specifically, the low-GI diet reduced total cholesterol and low-density lipoprotein cholesterol (LDL-⁠C) levels.[13] 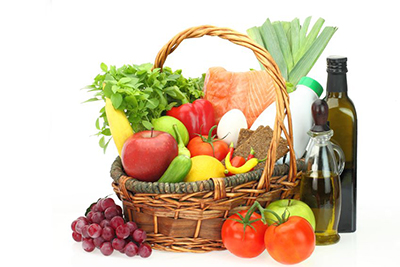 The Mediterranean diet, which is inspired by the traditional dietary patterns of southern Spain, Italy, and Greece, has long been referred to as the “gold standard” for cardiovascular health. This diet includes high consumption of fruits and vegetables, whole grains and cereals, fish, legumes, and olive oil, with a moderate consumption of low-fat dairy products (mostly cheese and yogurt) and red wine, and a low intake of red meat.[14]

Across a large body of clinical evidence, the Mediterranean diet has shown benefit on numerous cardiovascular parameters, including significant improvements in blood pressure [15] and blood lipid panels,[15][16][17] as well as reducing atherosclerosis (“plaques”) [16] and markers of inflammation.[15] The beneficial effect of the Mediterranean diet in preventing the onset of diabetes and improving glucose tolerance has also been well-documented in most,[15][17][18] though not all,[19] studies. This diet can also improve cardiovascular health in patients post-heart attack,[20][21] and has been shown to reduce the risk of mortality following a cardiovascular event [18][20][21] by up to 50%.[22] Furthermore, the cardioprotective effects of the Mediterranean diet have been shown to be preserved over many years, even after the diet has been discontinued, and even if partial regain of weight has occurred.[23] Finally, a recent review found that adherence to the Mediterranean diet reduced all-cause mortality.[24]

The Mediterranean diet has been shown to promote weight loss,[15][19][23] with an average of 4.4 kg lost in a 2-year intervention.[23] Participants who followed a calorically restricted Mediterranean diet were found to have maintained a greater degree of weight loss when compared to a low-carbohydrate diet, even four years after termination of the study.[23] Of note in this study is that after the intervention, a majority (67%) of the participants voluntarily stayed on the diet to which they had been assigned.[23]

An additional benefit of the Mediterranean diet is its ability to significantly lower leptin levels.[24] Leptin, a hormone responsible for producing a sense of satiety after a meal, has been implicated as a causative mechanism behind resistance to weight loss in overweight and obese individuals. The term “leptin resistance” is used to describe a situation where high levels of leptin fail to “turn off” the hunger signal.

A recent systematic review was conducted to assess a causal link between the common foods consumed on the Mediterranean diet and cardiovascular disease.[25] The findings included strong evidence of a protective effect of this diet, and in particular for the intake of vegetables, nuts, and monounsaturated fats.[25] This review noted moderate evidence in support of the role of fish, whole grains, alcohol, fruit, and fiber on cardiovascular health, while the evidence for the protective effect of dairy products was weak.[25] 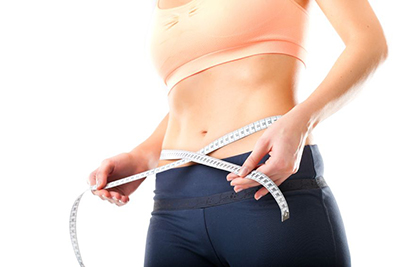 During the late 1990s and early 2000s, the low-carbohydrate diet gained major acclaim because of its impressive results with weight loss, but also stirred up controversies within the medical community. The diet, which restricts total carbohydrate intake to 20% or less of the total energy intake per day, instead encourages foods which are high in protein and fat, such as animal products, fish, full-fat dairy, nuts, seeds, and oils. The ideas were so contrary to the typical high-carbohydrate diets being recommended at that time that concerns among the medical community began to emerge.

First, concern arose in regard to the health effects of increasing fat, and particularly saturated fat intake. Second, many are wary of this diet due to its potential to induce ketosis if the diet is very restricted. Ketosis is a state where the body is primarily burning fat as fuel, which is good in a healthy individual, but can turn into a medical emergency in individuals with poor blood-sugar control, such as individuals with type 1 diabetes or long-standing type 2 diabetes. Despite these concerns, the popularity of the low-carbohydrate diet continued to grow, and so did the bulk of scientific literature in support of the health benefits associated with it. Opinions gradually began to shift, with the diet being accepted by the American Diabetes Association in 2008 as a legitimate strategy for short-term weight loss (up to 1 year) among individuals with type 2 diabetes.[26]

Along with its success at promoting weight loss, the low-carbohydrate diet has also been shown to actually improve cardiovascular risk factors, including lowering blood pressure and improving glucose control and cholesterol profiles.[27][28][34][35] In a study of patients with type 2 diabetes, the low-carbohydrate diet was shown to improve glycemic control such that most participants were able to reduce or discontinue their diabetes medications.[36]

The results of other long-term studies have not all been as favorable, however. Several studies have recently emerged which suggest that the low-carbohydrate diet should be reserved as a short-term intervention only, given an increased risk in all-cause mortality noted with long-term use of the diet.[38][39][40] Further criticisms of the low-carbohydrate diet include a substantial increase in calcium loss found in one study, which may translate into harmful effects on the kidneys or bones.[41] 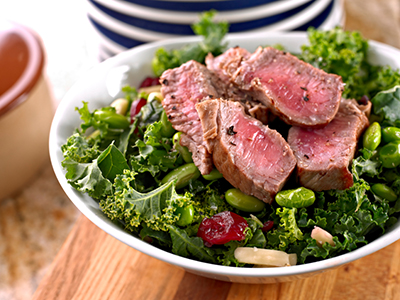 Research surrounding the Paleolithic diet continues to call into question the benefit of a low-fat or low-cholesterol diet. It has been proposed that this dietary regime, which more closely mimics the foods that were regularly consumed during a major period of human evolution, may be optimally suited for our genome, and may be key in the prevention and treatment of many “Western” diseases, most notably obesity, type 2, diabetes and cardiovascular disease.[41][42][43] The rationale behind this diet is that our genetics have had little time to evolve during the relatively short time span since the development of agriculture and the introduction of grains in our diet.[42]

The Paleolithic diet consistently improves blood sugar control, both in diabetic [41][44][45] and healthy individuals.[46][47] Furthermore, the Paleolithic diet lowers blood pressure,[41][45][46][47] weight,[41][44][46] BMI,[41][46][48] and leptin levels,[45] and improves blood-lipid profiles.[41][47] Having an effect on leptin levels is a highly important finding since leptin, a hormone released from fat cells, has been implicated as a key mechanism for resistance to weight loss in overweight and obese individuals.[45] It has been proposed that specific components in cereals may in fact cause leptin resistance and disturb appetite regulation.[45]

With respect to weight loss, the Paleolithic diet shows a consistent improvement in satiety when compared to other diets.[45] Satiety has been reported to improve by 20–30% when comparing the Paleolithic to the Mediterranean diet.[45] A spontaneous decrease in the total number of calories taken in has consistently been noted in the studies.[41][44][45][46] The implications of this finding, of course, are huge, especially to long-term maintenance of weight loss. The reduced caloric intake noted in one study would translate into about 3.2 kg of weight lost per 3 months.[45]

Interestingly, the Paleolithic diet has been found to have a lower glycemic load than a traditionally recommended diabetes diet [41] and the Mediterranean diet.[44] The main difference between the Paleolithic diet and the Mediterranean diet is a much lower intake of cereals and milk, and a higher intake of fruit, vegetables, nuts, and meat.[45] Limitations of the Paleolithic diet include a low amount of calcium intake due to the exclusion of all dairy products, as well as the potentially greater exposure to environmental toxins from the high intake of fish.[43] The long-term effect of a high intake of dietary protein, especially in diabetics, remains to be studied.

Putting it All Together

Having examined the evidence for four heart-healthy diets, this series leads us to the following conclusions: The typical Western diet is exceptionally poor in its nutrient composition and figures prominently in weight gain, blood-sugar dysregulation, and increased risk of cardiovascular disease. The relatively recent evolution of the human diet to include non-perishable flour products and sugar may be central to the development of Western diseases, as our genetics are not “primed” to digest these foods. Central to all four of the heart-healthy diets is the inclusion of high-quality protein sources and beneficial fats and oils. Switching from a carbohydrate-dominant diet to a diet with a relatively higher intake of protein can help initiate and sustain weight loss, and is beneficial to cardiovascular health, at least in the short term. The type of dietary fats consumed is much more important than the total amount of fat in the diet. The composition of fats and oils favored in the Mediterranean diet has prominent cardiovascular-protective benefit. An increased intake of fruits and vegetables is beneficial for blood-sugar regulation, cardiovascular health, and weight loss. The evidence in favor of a whole-foods-based dietary approach in the prevention and treatment of chronic metabolic diseases is irrefutable.