She Gave Up on Dieting and Regained Control of Her Health

After close to 30 years of struggling with diabetes, late last year “Julie” reached a breaking point. She had tried every diet under the sun, personal trainers, and expensive “diet foods,” but she could never stick with anything. Her health was deteriorating, and she needed to do something. A self-confessed “sugar addict with zero willpower,” she was on sick leave from work and needed to get a handle on her diabetes. Then she discovered the keto lifestyle—and regained control of her life! 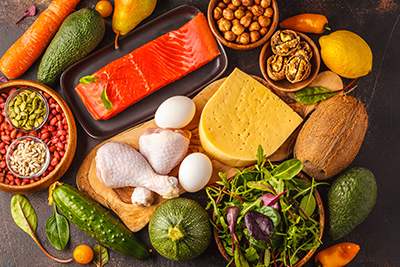 Like many of us, Julie led a busy but sedentary lifestyle; working late, too many restaurant meals, not enough exercise. She was also living with diabetes, which developed following a pregnancy. She had simply closed her eyes to it, and over the years, it progressively got out of control. Her body was sending distress signals: extreme pain, spontaneous vomiting, etc. Following repeated trips to the hospital, she was put on sick leave. She needed to do something and had heard that it may be possible to reverse this condition. She attended a presentation on something called the keto diet, and although she left very confused, something stuck. So, with considerable time on her hands, she went on the hunt for more information.

Julie discovered what she refers to as “a book everyone should read”: The Obesity Code, by Dr. Jason Fung. Easy to read and understand, it explores why we have so much trouble losing weight. It elaborates on hormones, appetite, metabolism, insulin resistance, and fat storage. Finally, something that identifies the root cause of weight gain.

This was an “ah-ha” moment for her. Before even finishing the book, she was certain this was the key, but it seemed so radical… So, she continued her search, reading more, listening to presentations by different experts. She needed to better understand her condition, and what her body was potentially capable of. She also needed a comprehensive grasp on food composition and supplements; especially since she did not eat meat or fish. The most important factor was figuring out how much sugar is hidden in healthy foods we’d never suspect, like milk, tomato sauce, and yogurt. Once she felt comfortable that she had facts, she consulted with her doctor, advising him that she planned to adopt a ketogenic lifestyle. His approval (albeit with warnings) was the starting point for what she hoped would be her path to freedom.

The ketogenic diet consists of getting a substantial amount of calories from healthy fats, a moderate amount from proteins, and minimal amounts from carbohydrates.

Julie was armed with knowledge and motivation—now, she just needed support. She knew her lack of willpower would let her down if she did not have some extra help. Her husband quickly agreed to join her “If it’s good for you, it can’t possibly be bad for me!” He too had some health concerns (high cholesterol), but nothing that prevented him from joining her.

She may lack willpower, but she has lots of fortitude. Julie totally purged her fridge, freezer, and pantry of anything processed and not keto-friendly. Sugar, cookies, pasta, cereals, wheat flour—all of it was all donated. And she restocked her kitchen with everything they would need to start off properly: almond flour, coconut milk, 35% cream, MCT oil, etc. It was a considerable investment, but it was well worth it for her, and on December 1, 2018, they started a new way of life.

Julie recognizes not everyone can spend $500 to replace all their food supplies. But it is possible to take gradual steps to eliminate excessive sugars. Rather than buying commercial granola bars, buy some almond flour, nuts and grains and make some healthier ones. Switch to plain yogurt and add a few raspberries to sweeten it a little. Small steps towards reducing excessive sugars. 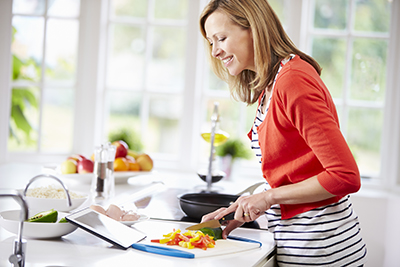 She admits it was hard at the beginning. Reading labels in grocery stores, referring to her notes—it was tiring and took extra time. There are apps available to help with this, but none were available in French at the time, so she had to manage on her own. She quickly learned what foods to choose, as well as what to avoid, and shopped accordingly. Planning and preparing all their meals and lunches was also new to her. Luckily, the internet is packed with versatile keto recipes that taste amazing and don’t take long to prepare. And once her husband got past his “withdrawal” from his favourite white bread, things got easier. Now she prepares full feasts for friends and family who can’t believe her lasagna, pizza, and chocolate cheesecake are so low in carbs and sugars.

When going out to eat, they are more selective in where they go and how they order. They replace fries with vegetables, melting extra butter over them, and ask for cream instead of milk for coffee. Many restaurants are very willing to make healthier substitutions. Some burger places now offer “salad wrap” instead of a bun. Grabbing a quick meal on the run is considerably more difficult. You need to invest in preparing storable snacks that you can take with you. They were worried that their vacation that an all-inclusive Caribbean resort would throw them off, but it didn’t. With the variety offered, they always find great food to eat.

And there are temptations all over; red licorice was once Julie’s favourite. Her sweet tooth now is satisfied using erythritol and monk fruit sweeteners (stevia is another option) to create new favourites. She makes her own candy, chocolate bars, puddings, and cakes. Her colleagues are constantly in awe of the lunches and deserts she brings to work—but again, these need to be prepared ahead of time.

By the end of February, Julie was off her medications. Her doctor confirmed that her blood sugars were normal. She did not have spikes or dips, and she felt incredible. Her husband’s cholesterol was confirmed by his doctor, returning to normal.

At the time she went on sick leave, Julie was taking 74 units of insulin daily, plus her other prescriptions. After three months, she was off her injections and all her medications.

After approximately seven months, she had gone from weighing 172 lb down to 120 lb, and from wearing a size 12 down to a size 6. Her husband’s transformation was just as impressive: from 245 lb down to 195 lb, and he transitioned from a pant waist size of 40 down to a 34!

Julie is now back at work and feeling like a new person. Friends and colleagues are visibly impressed with the change in her appearance. When they ask how she did it, she tells them: “We changed the food we eat.” She does not use the word “diet,” because she never felt like she was on one. She was always satisfied, never hungry: “We eat like kings!” If someone is truly interested, she explains that she adopted a ketogenic lifestyle and offers her time to take them though the concept. Many are skeptical, even after they see the results. But this does not bother her; she has a great new life and is loving every minute of it. 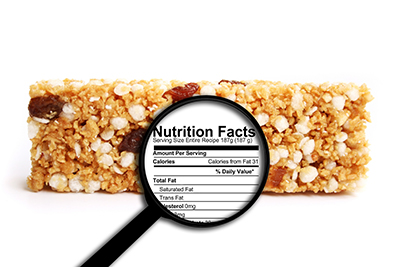 So, what advice would she give?

“Firstly, get informed on the topic—really informed.” She is not referring to a short social-media post nor to spending hundreds of dollars to have someone coach you. “Read books! Find credible podcasts and videos. Invest the time into educating yourself so you can make an informed decision.” She recommends everyone read The Obesity Code, and take the time to know the food you buy. Learn to read labels and ingredient lists, so you are not taken in by misleading claims. Anything ending in “‑ose” and even some things ending in “‑ols” are sugars! Avoid products labeled “reduced‑, low‑, or 0% fat”; when manufacturers remove fat, they replace it by sugar fillers to maintain the taste! Julie is adamant: “Sugar is the worst drug on this planet—worse than cocaine! We are addicts and we don’t even realize it. I challenge everyone to check their fridge and pantry and look for the sugars—obvious and hidden. It will shock you!”

Plan to prepare and prepare to plan—always! Time is part of the investment you must make when choosing to go keto! Finding and testing alternative recipes, finding stores where supplies are more affordable, shopping for low-carb options, prepping, and cooking—they all need to get done. Eating on the run rarely works. Just look around: donuts, pastries, breakfast sandwiches, burgers, French fries… the majority of “grab‑and‑go” foods are high in carbs. Who was it that said: “If you fail to plan, you are actually planning to fail”?

“Take supplements seriously.” When you move to ketogenic eating, your body will be affected, even though you won’t feel it right away. You must support your diet with supplements to fill in missing gaps and help your body adjust; vitamin B12, vitamin D, omega‑3s, MCT oils, and especially electrolytes (including magnesium). Do the research to understand what you will need. “Buying good-quality supplements may seem expensive, but they are worth it. I learned the hard way!” Neglecting her electrolytes, she was nearly hospitalized. She was dehydrated and missing salts and minerals.

She suggests buying more expensive items—such as nuts, almond flour, butter, and 35% cream—when they are on sale and freezing them. Health food stores have flyers too! You can buy your MCT oils and other supplements when they are on sale; just be sure to check the expiry dates!

She insists if someone is going to consider this, they do so for the right reason. Her motivation was improving her health and reversing her diabetes, which to her was the equivalent of a life sentence. Whatever your reason, she suggests doing so wholeheartedly and with a passion for exploring new options. It’s all about the choices you make. She made a major lifestyle choice, and she is convinced she made the right one!

“Julie” works as a nurse near Montreal, Quebec. As such, she is unable to give medical or dietary advice. She felt a strong need to share her story in hopes of helping others in similar situations become more aware, so we used an alias, allowing her to do so while remaining anonymous. The views and opinions expressed are hers alone and should not be taken in lieu of medical advice.