Travel to the Realm of Liver Detoxification

…a wastewater treatment plant without enzymes or bacteria, and without regular cleaning of its filters; this would be a declaration of disaster for nature and surrounding villages. The same applies to our liver, which is not only intended for cleaning but is also the place where iron, glycogen, vitamin A, and more are stored. Among other major functions, it synthesizes plasma proteins (coagulation factor) and lipoproteins (cholesterol and vitamin D). We will revisit one of the liver’s most important functions, detoxification (which is vital for our bodies). We also review the plants and nutraceuticals that are beneficial for the liver.

The Liver: An Immune Fortress

Various detoxification processes take place within the liver, the third largest organ in the body after the interstitium (first) and the skin. The liver guarantees that clean blood, which is supplied by the portal vein, can be continuously recirculated. To achieve this, it filters bacteria, their pathogenic toxins, and immune complexes from the blood, which are then destroyed by macrophage cells (called Kupffer cells) for excretion. This antitoxic and immune role is an important part of the body’s detoxification. Now, let’s turn our attention to the other detoxification processes that the liver orchestrates.

Of the Imperious Bile and its Court

Bile, which the liver produces in large quantities (nearly a liter per day!), is the second crucial element of beneficial detoxification: This fluid transports excess cholesterol and calcium as well as the remains of dead blood cells to the intestines. Some of Mother Nature’s subjects are eminently qualified to support bile in its critical role. 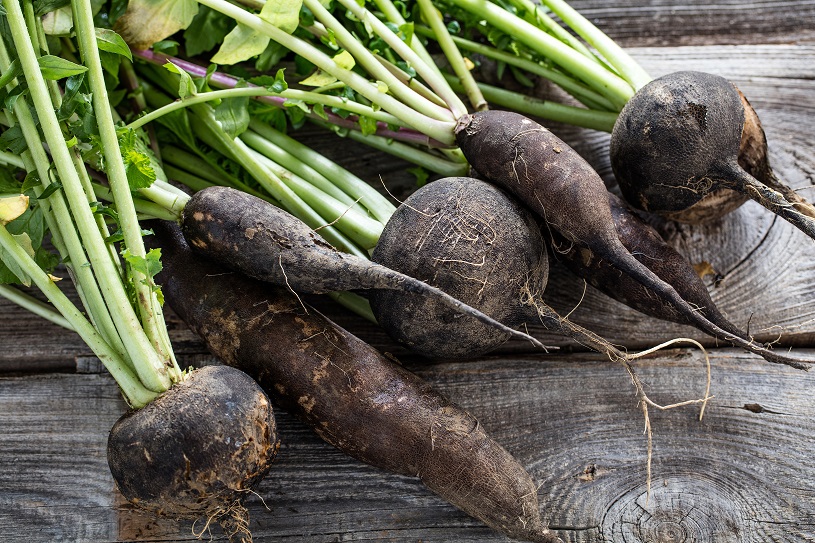 Black radish (Raphanus sativus var. niger) has sulphurous tools that make it not only a great hepatic drainer but also a urinary one as well, especially with choleretic and cholagogic functions (stimulating bile production and circulation, respectively). Its sulphur derivatives help fluidize bile as well as detoxify and protect us from xenobiotic (foreign) and carcinogenic substances, especially in the colon.

Dandelion (Taraxacum officinale) has forged its reputation since humans first began grazing! It comes to the rescue of our bowels with its bitter principles that are liver stimulants and anti-⁠inflammatory, detoxifying and metabolic activators. Dandelions are tonic, depurative, cholagogue, and choleretic. They act in particular in the enzymatic stimulation of the liver and kidneys as well as in the prevention of cholelithiasis (gallstones). Very rich in nutrients and active phytonutrients, they’re perfect for preparing a nourishing and detoxifying salad. What’s more, those who graze on dandelions will see slimmer silhouettes! Consumption of fibre will enhance and maximize the excretion of toxins, for example work legumes, whole grains, berries, pears, dates, squash, spinach, and artichokes into your daily diet.

The effects of the artichoke (Cynara scolymus) on the liver are diverse and powerful: It lowers cholesterol (LDL and triglycerides) and even regenerates liver cells. It is also master of depurative function, is cholagogue, amphocholeretic (stimulating or reducing bile flow), and hepatoprotective.

A Play in Two Major Acts

As we have seen, the liver transforms endotoxins produced by the body as well as environmental toxins into products to be excreted. These dangerous molecules are mostly fat-soluble and are therefore made water-soluble by the liver to be eliminated by the emunctories (liver with bile, intestines with stool, kidneys with urine, skin with sweat and sebum, and lungs with CO2).

In short, this transformation takes place in two detoxification phases: The first involves enzymes called cytochromes P450 that transform intestinal, environmental, and other toxins into intermediate metabolites. Without these experienced artisans, there is no hepatic kingdom or salvation! Foods that contribute to the proper functioning of phase 1 are brassicas (broccoli, Brussels sprout, etc.) as well as foods rich in B vitamins (whole grains, dietary yeast, etc.) and vitamin C. Beware, however: grapefruit is the exception, as it inhibits P450!

Phase 2 is critical because the intermediate metabolites (free radicals) are even more dangerous than the initial toxins, which could prove to be a dangerous transition! So, to make these oxidized compounds less aggressive, you need enough antioxidants (vitamins A, C, and E; zinc; selenium; coenzyme Q10; flavonoids; silymarin; etc.). 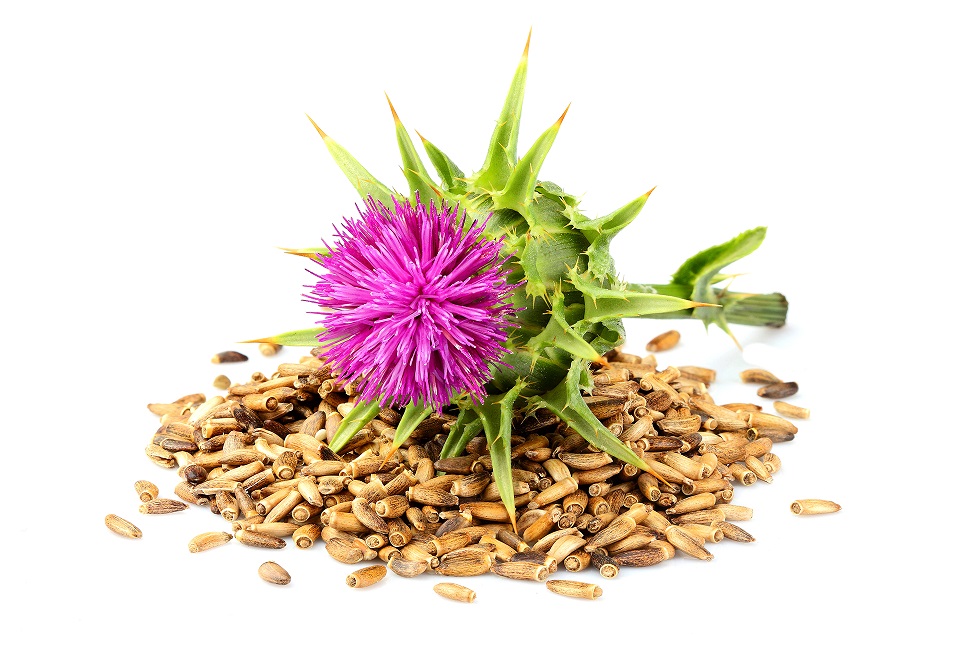 Apart from the powerful desmodium (Desmodium adscendens), there is hardly any noble equivalent to milk thistle (Silybum marianum) to ensure not only the protection of liver cells, but also their regeneration. Silymarin, its major active ingredient, is hepatoprotective through several mechanisms: antioxidant and anti-⁠inflammatory activities, blocking toxins in the cell membrane, increased protein synthesis, antifibrotic activity, and immunomodulatory effects. It increases the levels of glutathione and the enzyme superoxide dismutase (SOD), two powerful antioxidants that work throughout the body, particularly between phases 1 and 2 of liver detoxification. 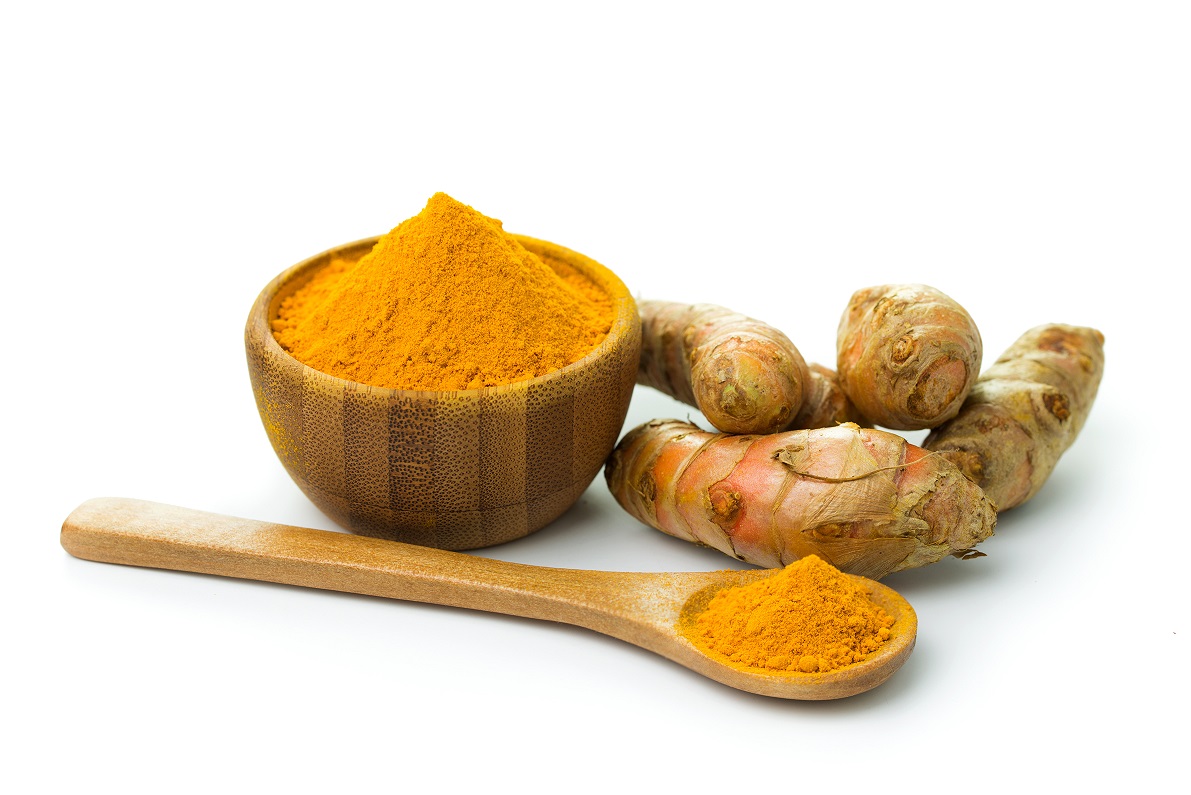 Turmeric is also an anti-⁠inflammatory with a very strong hepatic tropism. Curcuma longa fights lipid peroxidation and gallstones, and participates in the apoptosis (programmed destruction) of cancer cells.

Different detoxification pathways, known as conjugation, are used by modified toxins during this second phase; these include sulfation, glucuronidation, methylation, etc. The enzymes required for this well-choreographed antioxidant ritual require cofactor nutrients, and the most important are the vitamins of the B group, but also some amino acids (glutamine, glycine, etc.), including sulphur: methionine and cysteine. A healthy diet including sources of protein and B-⁠group vitamins is therefore essential for the proper functioning of liver detoxification processes.

Other Colourful Actors of the “Phytotroupe!”

The liver benefits from the virtues of many plants and nutraceuticals, including alpha-lipoic acid. This amazing antioxidant has the capacity to tackle free radicals, both water-soluble and fat-soluble, making it a key compound for liver detoxification. It has more than one trick up its sleeve and also participates in the production of ATP (energy) at the cellular level, increasing glutathione levels and various lymphocytes as well as reducing the danger of lipid peroxidation.

With its arsenal of betaine (derived from amino acids) and other phytonutrients, beet (Beta vulgaris) reduces blood homocysteine levels, a well-known inflammatory pyromaniac! Betaine is also one of the donors of methyl groups, as are choline, methionine, and vitamins B9 and B12, which together contribute to hepatic detoxification, and more generally for protection of the liver and kidneys against fat overload. 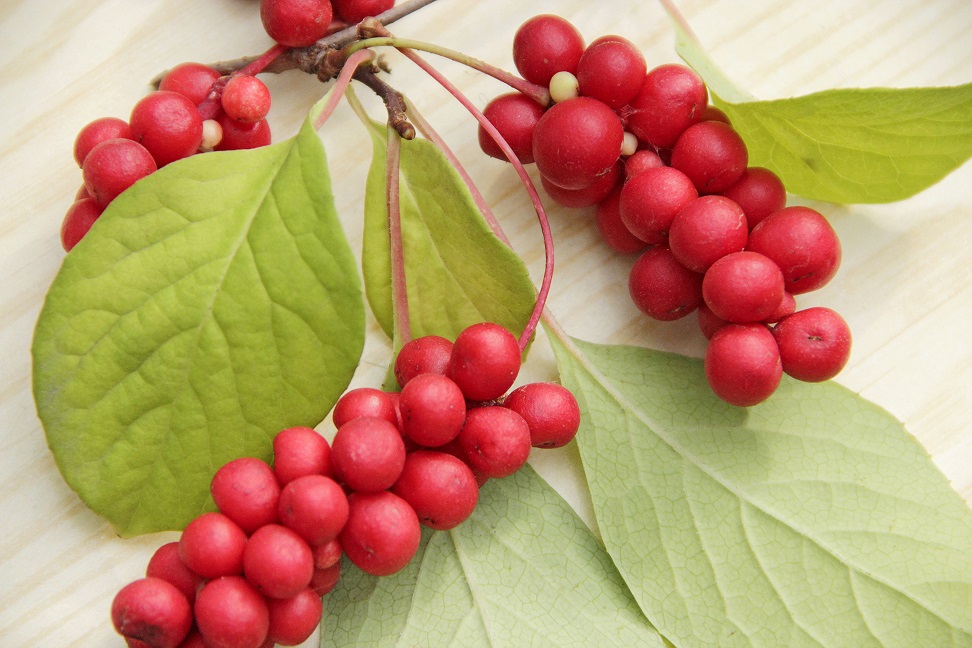 Renowned in Asia, Chinese schisandra (Shizandra chinensis, or Wu Wei Zi in Chinese) proves interesting here, because it is an adaptogenic tonic, antioxidant, and hepatoprotective thanks to its lignans (schisandrine, etc.).

This “five-flavoured fruit” perfectly complements any phytotherapeutic formula for the liver, improving fatigue associated with detoxification.

This summarizes the cast of the botanical actors that play roles in liver detoxification. Although the list is far from exhaustive, it can encourage the use of these plants, alone or in a formula bringing out the advantages of the synergy of the various phytotherapeutic principles.

It now seems fairly obvious that for the proper functioning of our purification plant, the liver, a colourful and diversified diet is essential. Green vegetables, legumes, whole grains, proteins, fruits rich in vitamins and fibre, etc., in addition to which all the beautiful plant nobility listed in this article will make your liver a holy kingdom of detoxification. Ah! I almost forgot the essential (and my grandmother would roll over in her grave), illustrious, timeless, yet very effective ally for liver harmony: the hot water pouch!

The highest-quality, most potent and effective form of milk thistle extract available, standardized with the greatest concentration of naturally balanced active principles. This formula also contai...