Modified citrus pectin (MCP) is a lesser-known natural substance that has been used for years by naturopathic doctors as an adjunct to cancer treatment, but is also of interest for its gentle chelating effects as well as possible effects in the area of cardiovascular disease. This article reviews the uses of this unique substance.

Galectin‑3 is a lectin belonging to the beta-galactoside-binding protein family. Galectin‑3 is present in most adult tissue types; however, it is overexpressed by cancer cells and is present in increased levels in the tumour microenvironment (TME).[3] According to Wang: “galectins play an essential role in the origin and development of cancer, such as angiogenesis, cell adhesion, invasion, and migration.”[4] Furthermore, galectin‑3 has been shown to exert immunosuppressive effects in the tumour microenvironment, thereby facilitating cancer growth.[3]

Since galectin‑3 is a beta-galactoside-binding protein, and MCP is rich in beta-galactose, MCP has the ability to bind galectin‑3, blocking galectin‑3’s harmful effects.[5] In experimental models, supplementation with MCP has been show to achieve the following:

In a Phase II trial, MCP supplementation was shown to increase the PSA doubling time (PSADT) in 13 men with prostate cancer and who had biochemical prostate-specific antigen (PSA) failure after localized treatment—that is, radical prostatectomy, radiation, or cryosurgery.[11] This means that despite surgery and radiation therapy, these men were experiencing rising PSA levels predictive of prostate-cancer recurrence. In these men, the time to a doubling of their PSA levels increased significantly in 70% of the men after taking MCP for 12 months, compared to before taking MCP. This means that MCP postpones the potential cancer recurrence.

Many naturopathic doctors trained in treating cancer also report using MCP before and after cancer surgery to reduce the risk of metastasis (cancer spread).[12] 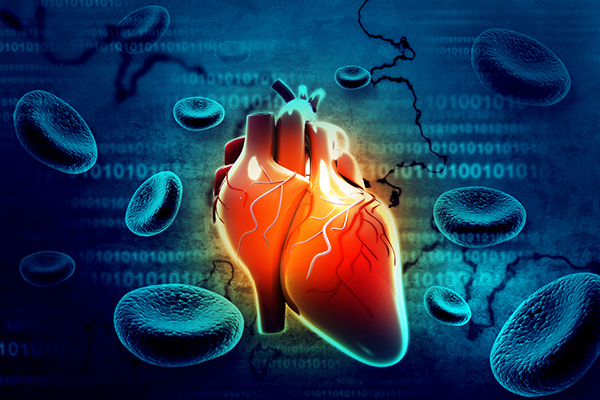 There is ample evidence for galectin‑3 not only affecting cancer development, but also having a role in other chronic inflammatory disease. The role of galectin‑3 in cardiovascular disease is probably the best-elucidated, where it has been implicated in cardiovascular remodeling and fibrosis.[13] In fact, galectin‑3 has been approved as a prognostic test in chronic heart failure, with elevated galectin‑3 levels predicting increased risk of death.[1] Since then, galectin‑3 has been associated with several other cardiovascular conditions such as aneurysm, aortic stenosis, etc.[14][15] In a paper by Martinez et al, researchers reported that “obesity upregulates Gal‑3 production in the cardiovascular system,” and that “Gal‑3 inhibition with modified citrus pectin (100 mg/kg per day) reduced cardiovascular levels of Gal‑3, total collagen, collagen I, transforming and connective growth factors, osteopontin, and monocyte chemoattractant protein‑1 in the heart and aorta of obese animals without changes in body weight or blood pressure.”[13] In other words, supplementation of animals with MCP reduced markers of inflammation, cardiac remodeling, and fibrosis associated with obesity.

Finally, MCP has been shown to have activity as a gentle chelator of heavy metals. One pilot study of otherwise healthy patients demonstrated that ingestion of 5 g MCP three times daily for five days and 20 g on the sixth day resulted in an increase in heavy metal excretion through urine.[2]

Another report, by Zhou et al, described chelation of children with lead poisoning using MCP.[16] In this study, seven hospitalized children with a blood lead level greater than 20 µg/dL and who had not received any form of chelating and/or detoxification medication for three months prior were given 15 g of MCP (PectaSol‑C®) in three divided dosages a day. After 28 days, blood testing showed a “dramatic decrease in blood serum levels of lead,”[16] with a 161% average decrease, and a concomitant increase in 24‑hour urine lead level, reflecting increased excretion.

In conclusion, MCP is a natural substance with a number of intriguing activities, including antimetastatic effects in cancer models; chelating effects with respect to lead, arsenic, and cadmium, and possibly other heavy metals; as well as potentially offsetting some of the cardiac remodelling and risk of heart disease induced by obesity.

A practicing naturopathic doctor since 2007, her areas of focus include women's health, children's health, chronic pain, and more.

Modified citrus pectin (MCP) is an excellent nutrient for detoxification.

Modified citrus pectin (MCP) is an excellent nutrient for detoxification.