Ginger (Zingiber officinalis) is an herb that often takes a back seat to other anti-inflammatory herbs such as turmeric or boswellia. However, ginger boasts a long history or use and at least as much research on its use as these others. Ginger has traditionally been used for its tonifying effects on the digestive system as well as for conditions related to pain and inflammation. Ginger has been used in China for thousands of years for headaches, nausea and colds, while in the Mediterranean region ginger has been used for the treatment of muscular pain and arthritis.[1]

Ginger contains phenolic compounds called gingerols, of which 6-gingerol is thought to be the most bioactive.[2] For instance, with respect to nausea, 6-gingerol has been shown to exert anti-emetic activity by inhibiting neurokinin-1, serotonin, and dopamine receptors in preclinical models.[3] 6-⁠Gingerol has also demonstrated several important anticancer effects including antiproliferative, antitumor, anti-invasive, and anti-inflammatory activities.[2]

Several meta analyses have evaluated the use of ginger for conditions including nausea of various kinds, menstrual pain (dysmenorrhea), osteoarthritis, and even type 2 diabetes.[4][5][6][7][8] Dosing of ginger in these studies ranges from 500–2000 mg daily. Randomized controlled trials (RCTs) or meta-analyses have demonstrated efficacy for:

With respect to nausea, meta analytic reviews have demonstrated the effectiveness of ginger supplementation for nausea and vomiting of pregnancy (NVP) and postoperative nausea.[7][8][9] A network meta-analysis of 50 RCTs comparing various interventions for NVP found that “Acupuncture, chamomile, dimenhydrinate [Gravol], doxylamine/vitamin B6 [diclectin], ginger, quince, metoclopramide, and vitamin B6 were associated with reduced nausea scores compared to placebo. Of these interventions, ginger, and vitamin B6 were also associated with better vomiting control and less incidence of adverse events. Adequate evidence supporting the use exists only for ginger and the quality of evidence for this comparison is moderate.”[7] The Motherisk program at the Hospital for Sick Children considers ginger as safe for use in nausea of pregnancy.[10] 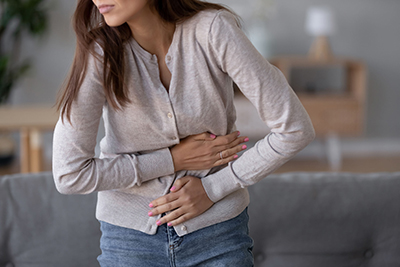 A 2018 meta-analytic review of 10 RCTs for postoperative nausea and vomiting found that ginger had a significant effect on the severity of PONV based on visual analogue scale (VAS) results.[8] A 2006 meta-analysis of five RCTs concluded that “there was an approximately 30–40% reduced risk of nausea and vomiting associated with ginger,”[9] and that 1 g ginger seemed an effective dose.

There is a lack of meta analyses evaluating ginger for chemotherapy induced nausea, although several clinical trials suggest it may be effective as an adjunct to standard antiemetic therapy given with chemotherapy.[3][11][12] Other RCTs fail to show this effect. These RCTs do however suggest that ginger has a good safety profile, as there was no increase in adverse events reported related to ginger.[3][12]

A randomized crossover trial of 13 patients with a history of motion sickness found that ginger pretreatment reduced symptoms induced by a motion test.[13] Specifically, pretreatment with ginger (1,000 and 2,000 mg) reduced the nausea, tachygastria (increased rate of electrical activity in the stomach associated with nausea), and plasma vasopressin, compared to placebo, following a vection test. Ginger also prolonged the latency before nausea onset and shortened the recovery time after vection cessation.

A randomized controlled trial of 11 patients with functional dyspepsia evaluated the effect of a single dose of ginger (1.2 g) or placebo following an 8-hour fast and then a meal of soup.[14] Results showed that while the single dose did not exert any impact on symptoms of dyspepsia (discomfort, gas, bloating, etc.), even a single dose of ginger was able to increase gastric emptying compared to placebo such that the median half-emptying time was 12.3 minutes after ginger, versus 16.1 minutes after placebo.

With respect to pain related conditions such as dysmenorrhea or osteoarthritis, ginger has been shown to reduce inflammatory cytokines,[15] and to reduce pain as effectively as the NSAID ibuprofen [16] in randomized trials. A 2015 meta-analysis of seven RCTs evaluating menstrual pain (dysmenorrhea) showed that 750–2000 mg ginger during the first three to four days of the menstrual cycle was effective for primary dysmenorrhea,[5] while another meta-analysis of five RCTs and 593 patients found that ginger reduced pain and disability due to osteoarthritis, in a modest and safe manner.[4]

A meta-analysis of eight RCTs including 454 patients with type 2 diabetes found that while ginger had no effect on fasting blood glucose, ginger use (1600–4000  mg daily) was associated with a significant reduction in HgbA1c.[17] 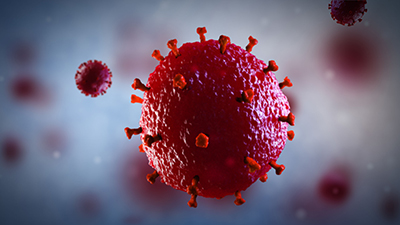 Finally, preliminary data seem to suggest that ginger may exert anti-inflammatory and potentially anticancer effects in the lining of the digestive tract, with possible impact on risk of colorectal cancer.

Several clinical studies have evaluated the effect of ginger in preventing the development of colorectal cancer in patients at increased risk.[18][19][20][21] Of these some indicate potential cancer preventive effects through cyclooxygenase-⁠2 (COX-⁠2) inhibition and reduction of prostaglandin PGE2, a proinflammatory cytokine associated with initiation of colorectal cancer, in the colonic mucosa,[20] while others do not.[21]

An RCT in patients at increased risk of colorectal cancer found that supplementation with ginger 2 g daily or placebo for 28 days altered the expression of cell-cycle biomarkers in colorectal crypts of rectal mucosa biopsies.[18] The study concluded that “ginger may reduce proliferation in the normal-appearing colorectal epithelium and increase apoptosis and differentiation relative to proliferation—especially in the differentiation zone of the crypts.”[18] More research, especially longer studies, is necessary in this area.

In conclusion, ginger has been the subject of a wealth of research in the areas of nausea especially nausea of pregnancy, motion sickness, and even functional dyspepsia; pain conditions such as menstrual pain and osteoarthritis; type 2 diabetes; and even possibly cancer prevention. Individuals should consult with a healthcare provider to determine whether ginger may be appropriate for them.