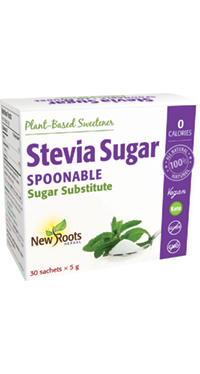 One sachet of Stevia Sugar equals the taste of two teaspoons of regular sugar. Add to taste.

Keep out of reach of children.