Hypothyroidism: What Is It?

Hypothyroidism is a term used to describe an underactive thyroid gland. Hypothyroidism
is further classified according to “type”: subclinical, primary, or secondary hypothyroidism.
The main function of the thyroid gland is to regulate the metabolic processes essential
for normal growth, development, and tissue differentiation.[1] The thyroid gland can
become “sluggish” for various reasons, as we will explore in more depth. Normally,
the thyroid and peripheral tissues convert thyroxine (T4) into its more active form of
triiodothyronine (T3). Thyroid hormone production is influenced by various factors,
including thyrotropin-stimulating hormone (TRH) from the hypothalamus, the levels
of thyroid stimulating hormone (TSH) released from the pituitary gland, and the
availability of iodine and tyrosine. TSH production is regulated via means of a
feedback loop between the hypothalamus, pituitary gland, and thyroid.[2]

Hypothyroidism results in a slower basal metabolic rate (BMR), which ultimately
leads to weight gain. Other signs and symptoms of hypothyroidism include irregular
bowel movements (constipation), low energy, dry skin, hair loss, irritability, mental
impairment, cold intolerance, joint/muscle pains, and delayed or absent reflexes,
to name a few. Keep in mind that not every single one of these symptoms will
necessarily be present with hypothyroidism.

A common cause of hypothyroidism is Hashimoto’s thyroiditis,[3] which affects
an estimated 5% of the general population, making it one of the most prevalent
autoimmune diseases. It is reported to occur in approximately 10–20% of all
women, and less frequently in men.[4] Hashimoto’s is regarded as a disorder of
T‑cell–mediated immunity,[5] with the infiltration of self-targeting T and B
lymphocytes in the thyroid gland.[4] Additional autoimmune conditions may be
present in those who have a diagnosis of Hashimoto’s, so it is important to
evaluate for coexisting autoimmunity.[5]

Stress can play a crucial role in thyroid dysregulation, by triggering the release of
noradrenaline, cortisol, and corticotropin-releasing hormone. These hormones have
an inhibitory influence on TSH secretion and suppress enzymes involved in the
conversion of T4 to T3.[6]

Poor gastrointestinal (GI) health may also be responsible for autoimmune thyroiditis.
Did you know that 70–80% of the immune system is found within the GI tract?
Lifestyle factors such as stress, medication/antibiotic use, and poor diet directly impact
the integrity and health of the GI tract. When the GI tract loses its integrity, the immune
system can ultimately become confused, and the body makes mistakes! In the case of
intestinal hyperpermeability, the immune system misidentifies normally harmless
antigens (such as foods) as being foreign and mounts immune responses to them.
The protein structure of certain foods resembles that of the thyroid, and cross-reactivity
can occur as a result; the body can turn against itself, causing an autoimmune reaction.
On a side note, poor GI health will also likely be evident as a result: bloating, gas,
irregular bowel movements, heartburn, and abdominal cramps are possible, but are
just some of the symptoms that correlate with poor GI health! 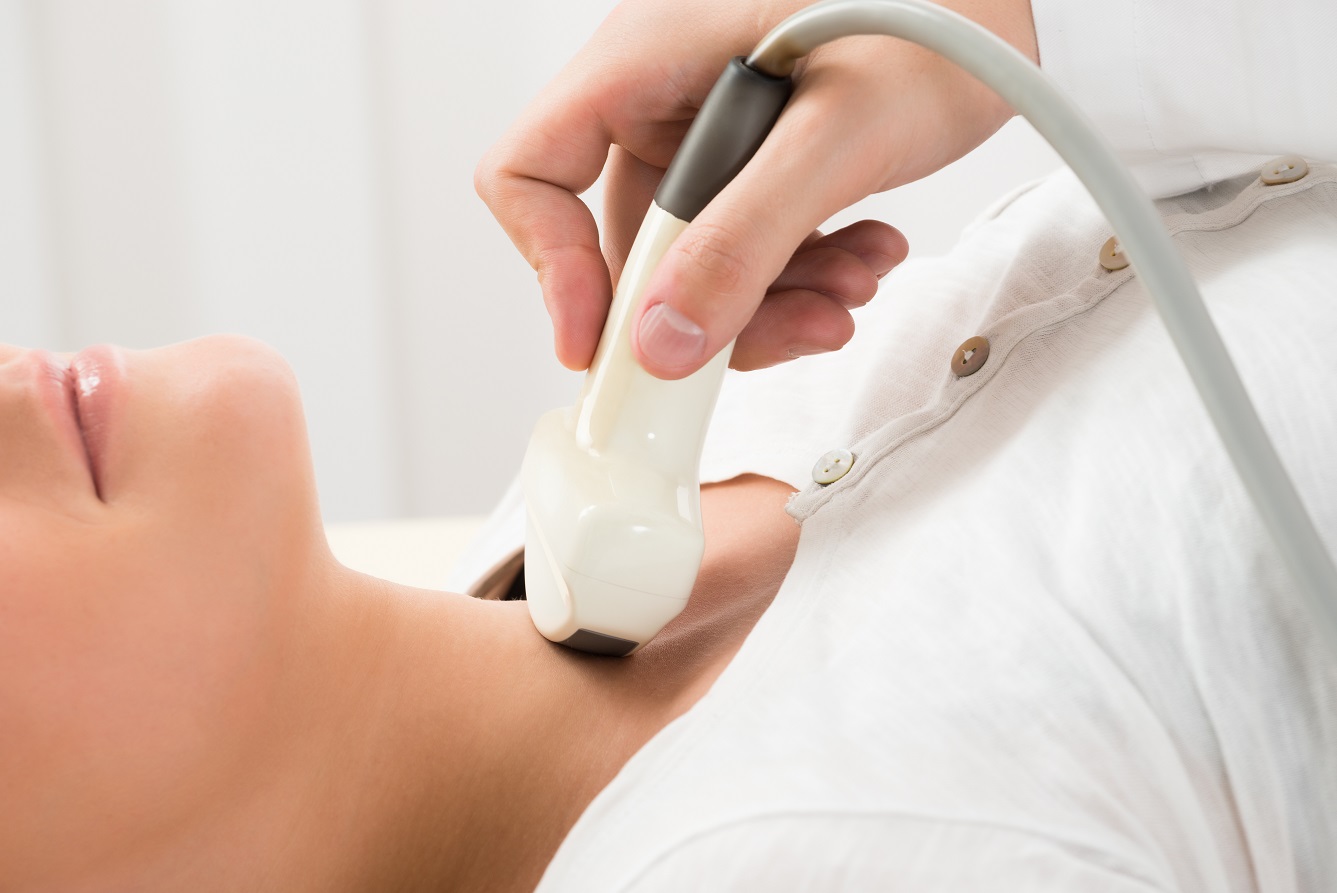 Your health-care   practitioner will
screen for signs and   symptoms of an   underactive thyroid.   She/he will likely
order a thyroid panel
(possibly including   iodine via a 24‑hour   urinary excretion test)
to determine the state
of the thyroid gland,
and perform a physical exam to assess for nodules or irregularities. An ultrasound may also be ordered to assess
the thyroid when nodules are palpated. In hypothyroidism, TSH tends to be elevated, with
T4 and T3 being low.[6] Elevated thyroid peroxidase (TPO) and thyroglobulin (TG)
antibodies on lab results signify that the thyroid is being “attacked.”

Gluten-Free Diet: The protein structure of gluten cross-reacts with that of the thyroid.
Studies show that patients improve on a strict gluten-free diet. When people removed
gluten from the diet, antibody levels decreased and thyroid function was restored.
There may also be additional offending foods that need to be eliminated from the
diet.[7]

Increase Protein Intake: This is important, as protein is a precursor to both tyrosine
and stress hormone production (e.g. catecholamines).[6]

Iodine—A micronutrient required for thyroid function and synthesis of thyroid
hormones, iodine can be obtained in the diet from seafood, animals products, and
fruits like cranberries and strawberries. Aim for about 150 mcg/d, unless pregnant
or lactating (250 mcg/d).[5] Meanwhile, a number of studies indicate that moderate
or mild iodine excess (> 220 mcg/d) is associated with a more frequent occurrence
of hypothyroidism—the exact mechanism has not been clarified.[8] A recent study
suggested that the apoptosis of thyroid follicular cells seen in hypothyroidism
development is likely caused by suppression of autophagy activity which is induced
by iodine excess. High doses of iodine should be discouraged in Hashimoto’s.[5]

Selenium—A micronutrient that increases active thyroid (T3) hormone production and
modifies the inflammatory and immune response. In the absence of selenium, reverse
T3 is produced (which is metabolically inactive). Selenium is particularly high in Brazil
nuts and foods such as tuna and oyster. The recommended dietary intake is between
55 and 75 mcg/d. Three meta-analyses have confirmed a suppressive effect of
selenium supplementation on TPO and TG antibodies. The patient groups in the latter
study were receiving 200 mcg of selenomethionine. In order to predict whether a
patient with Hashimoto’s would benefit for selenium supplementation, the clinician
should first investigate the patient’s iodine status.[9] 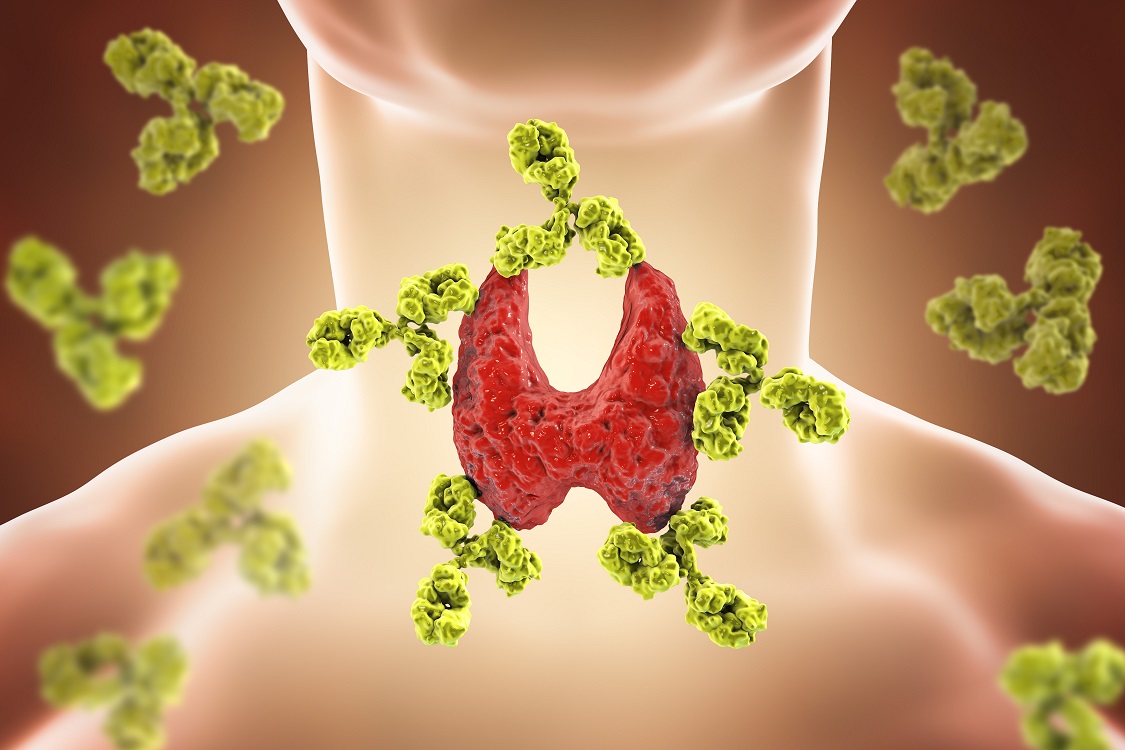 Vitamin D—Several studies have shown a correlation between vitamin D deficiency
and thyroid autoimmunity. Vitamin D supplements, especially skin exposure to
sunlight, are both effective in reducing thyroid peroxidase antibodies in patients with
vitamin D deficiency. Vitamin D has immunomodulatory function. It is important to get
your vitamin D levels tested prior to supplementation—as it is a fat-soluble vitamin
and therefore has the potential to accumulate in the body, leading to toxicity in high
doses due to the buildup of calcium (hypercalcemia) and possibility of nephrolithiasis.
In those at risk of heart disease, your health-care provider may also prescribe vitamin
K alongside vitamin D. High vitamin K status is associated with reduced coronary
artery calcification, cardiovascular disease, and mortality risk.[10] 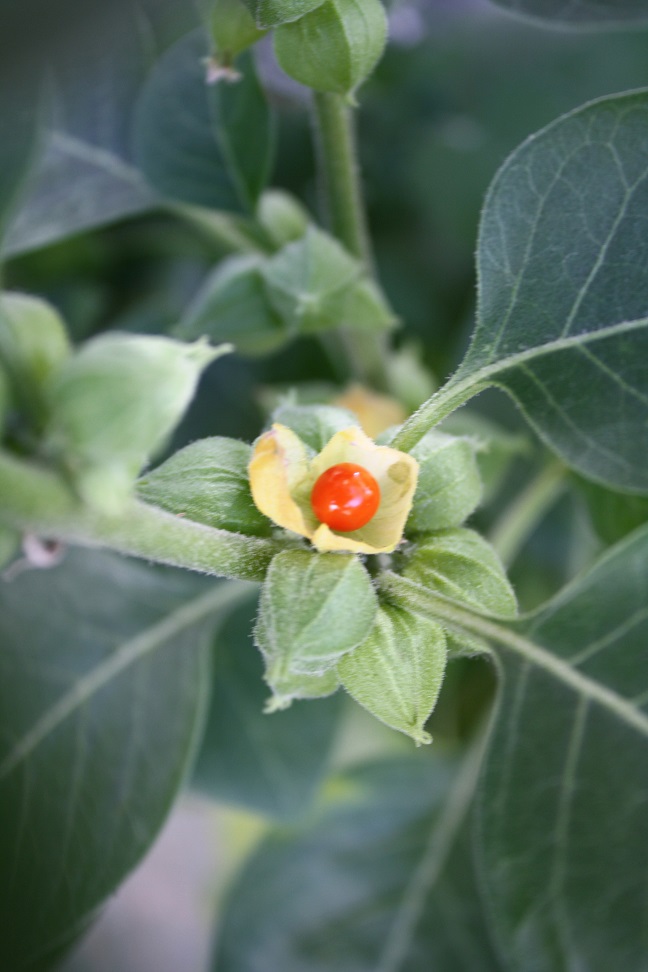 Withania somnifera: This herb is an adaptogen, in
that it helps modulate the stress response and
mitigates symptoms associated with stress. This
herb supports the conversion of T4 to T3 and is thus
beneficial for proper thyroid function.[6]

Hypothyroidism can result from an autoimmune
attack, poor digestive health, nutritional deficiencies,
as well as adrenal fatigue. Common approaches to
treatment include eliminating food sensitivities and
healing the GI tract, modulating the immune system
and decreasing inflammation (in the case of
Hashimoto’s), nutritionally providing the precursors
necessary for thyroid function, and supporting the adrenal glands to reduce the impact of stress on the endocrine system. Naturopathic medicine addresses thyroid issues with diet, nutritional supplementation, and herbal medicines. Consult with your naturopathic doctor before self-diagnosing and initiating treatment for thyroid issues. 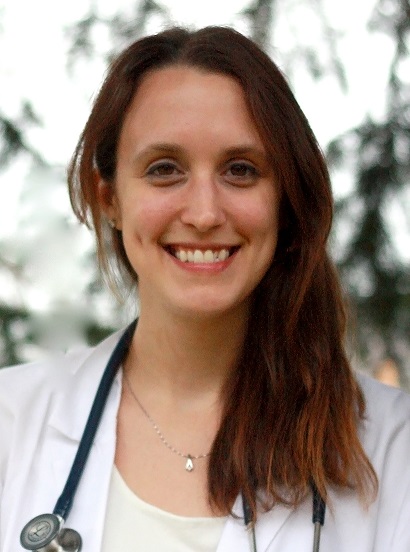 Ashley is a licensed Naturopathic Doctor practicing in Ontario.
Some of her main focus of interests are digestive complaints/food
sensitivities, women’s health, and thyroid issues.

Selenium is a trace mineral; it is a very important antioxidant, essential for the antioxidant enzyme glutathione peroxidase. It works in synergy with vitamin E. Selenium prevents the formation of...

Ashwagandha is an adaptogenic botanical which can help shield the brain and central nervous system from the effects of chronic stress.