With more people choosing vegetarian and vegan diets, there is an increased need for a high-quality, plant-derived protein supplement. According to a 2015 survey of over 1,500 Canadians aged 18 or older, approximately 8% reported being vegetarian or mostly vegetarian, while 25% reported “trying to eat less meat.”[1] This is generally higher among those aged 18–35 years.[1] Since plant sources contain less protein per serving compared to animal foods, vegetarians and vegans often require protein supplementation to meet recommendations. Complicating this is the fact that many vegetarians may have food sensitivities that further limit their ability to supplement with some of the more commonly available protein sources, such as soy or whey proteins.[2] Pumpkin seed protein fills this gap. 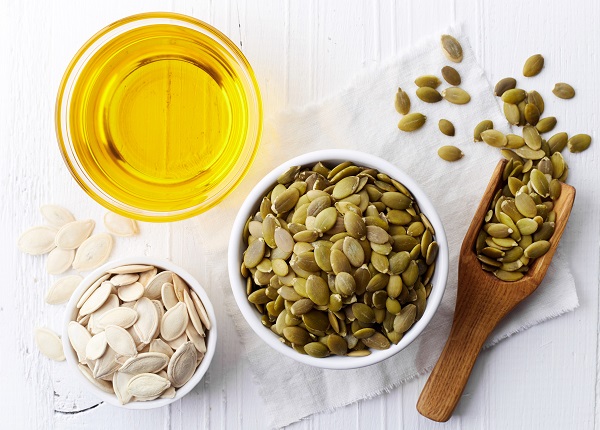 Pumpkin seed protein is a high-quality protein source that is also rich in nutrients including omega‑3, ‑6, and ‑9 fatty acids such as alpha-linolenic acid (ALA), linoleic acid (LA), and oleic acid, respectively, as well as antioxidant vitamins including carotenoids and tocopherol.[3] In one study of 30 patients on dialysis, the effect of adding 30 g of milled sesame, pumpkin, flax (6 g, 6 g, or 18 g, respectively) seeds mixture to patients’ diets was assessed.[3] After 12 weeks, these patients had an increase in blood levels of fatty acids—linoleic, dihomo-gamma-linolenic (DGLA), arachidonic, alpha-linolenic (ALA), eicosapentaenoic (EPA), docosapentaenoic, and docosahexaenoic (DHA) acids. In addition, seed intake was associated with decreases in serum triglycerides, glucose, insulin, IR‑HOMA (a measure of insulin resistance), as well as a number of inflammatory markers (TNF‑alpha, IL‑6, and hs‑CRP).

Since it is hypoallergenic, pumpkin seed protein is an ideal protein source for individuals with sensitivities to some of the more common vegan proteins such as soy, rice, and whey. Food sensitivities may be associated with a wide range of symptoms including atopic eczema, asthma, gastroesophageal reflux (GERD), irritable bowel syndrome (IBS) and other digestive problems,[2] as well as migraines, arthritis, chronic pain, recurrent infections, and various autoimmune presentations.

Pumpkin seed protein is also a particularly rich source of the amino acid tryptophan, which acts as a precursor for serotonin, an important neurotransmitter involved in the regulation of mood, sleep, motivation, appetite, and more.[5] In particular, pumpkin seed protein rich in tryptophan consumed in combination with glucose seems to push high amounts of tryptophan across the blood-brain barrier, as the glucose reduces serum levels of competing large neutral amino acids (LNAAs).[6] In a randomized controlled trial (RCT), 57 patients with chronic insomnia were supplemented with either 1) gourd protein–sourced tryptophan plus carbohydrate, 2) pharmaceutical-grade tryptophan, or 3) carbohydrate alone. Supplementation with protein-sourced tryptophan plus carbohydrate resulted in significant improvement on subjective and objective measures of insomnia. Protein-sourced tryptophan with carbohydrate but not pharmaceutical tryptophan alone was also effective in significantly reducing time awake during the night.[5]

Another study in patients with social anxiety, using the same protein-derived tryptophan plus carbohydrate in a bar format, showed an improvement in measures of anxiety.[7] 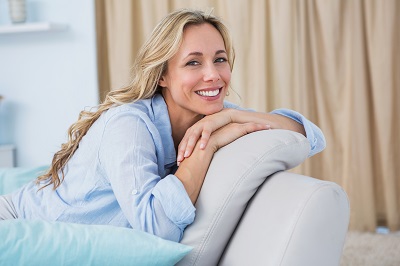